Astronomers observing a distant galaxy have dramatically shrunk the range of possible properties of a long-predicted — but never-detected — subatomic particle.

An international team of scientists has used observations of the galaxy NGC 1275 to understand the possible properties (and existence) of an exotic type of particle. The data give better constraints than next-generation ground-based experiments can hope to achieve, highlighting the power of astronomy in testing subatomic physics.

Axions and axion-like particles (ALPs) are hypothetical, chargeless particles that rarely interact with matter. Though scientists know little about them, theory suggests that when these particles travel through a magnetic field, they can flip between being an axion/ALP to being a photon, and back again.

Identity Swap — Or Not?

In the study, published February 12th in The Astrophysical Journal (preprint available here), the team used this prediction to search for ALPs in the direction of the galaxy NGC 1275. This galaxy lies 237 million light-years away, located near the center of the Perseus galaxy cluster.

Though the original reason to train NASA’s venerable Chandra X-ray Telescope on NGC 1275 was to look at properties of the galaxy’s central, gas-guzzling black hole, the researchers soon switched their focus to the huge amount of hot, magnetized gas swirling between the galaxies in the cluster. That any particle on its way to Earth would have to travel through this vast magnetic field made it an ideal spot to look for signs that photons and ALPs were swapping identities.

“The spectrum we got was so boring that there was actually very limited astrophysics we could do with it,” chuckles Christopher Reynolds (University of Cambridge, England), who led the study. “But then we realized that this was a fabulous spectrum to explore ALPs.”

If photons coming from around NGC 1275’s central black hole convert into ALPs as they pass through the cluster’s magnetized gas, the gas will in a sense absorb the light in a complex and energy-dependent way. Thus, if ALPs exist, the light spectrum of NGC 1275’s center would show a tell-tale set of anomalous dips at various X-ray energies.

Patience Is a Virtue

Chandra was never designed to stare directly at a bright source like the center of NGC 1275. A faint-object machine, Chandra’s CCD chip catches light for three seconds at a time, expecting at most one photon per pixel. So when researchers in the past slewed Chandra toward the centers of galaxies like NGC 1275, their spectra were ruined by photon pileup — the equivalent of saturation in a normal camera.

To get around this, the team flipped one of Chandra’s diffraction grating arrays — normally used to provide detailed information about the photons’ X-ray energies — into the path of the light. This switch smeared out the X-rays into a whole line, from which the team could extract a high-resolution spectrum.

The only downside was that the grating worked a little too well — it blocked almost all the light coming from the galaxy center. “The actual number of photons that make it all the way through the system is not that high, so it means you’ve got to look for a really long time,” explains Reynolds. “I think in the end it took half a million seconds.”

The Universe as a Physics Lab

After all this time and effort, no evidence for ALPs was found. But the researchers were not disappointed, because they immediately used their null result to directly set the tightest constraint ever made on a key property of these particles — the strength of the coupling that would occur between photons and ALPs.

The result shrinks the range of possible coupling strengths for low-mass ALPs more than even next-generation ground-based experiments, such as IAXO and ALPS-II, could hope to do. (These experiments will also hunt for higher-mass particles not considered in this study.) Perhaps more importantly, the researchers proved that their technique can be used to hunt for ALPs. “Who knows, this may be the way we can actually find these particles,” Reynolds adds.

Beyond the Standard Model

ALPs, while predicted to behave like axions, are not axions themselves. Axions are strong dark matter candidates, and may even explain why there is far more matter than antimatter in the universe, as Raymond Co (University of Michigan) and Keisuke Harigaya (Institute for Advanced Study, Princeton) argue in Physical Review Letters (preprint available here).

The ALPs explored in this study cannot offer answers to these important questions, but this makes them no less fascinating. Many theories that go beyond the Standard Model of particle physics — most notably string theory — predict low-mass ALPs. Thus, discovering these exotic particles would help propel particle physics into a new era of understanding.

“Finding particles like those probed in this paper would be revolutionary and open up a lot of speculation about their origin,” says Maurizio Giannotti (Barry University, Florida), who was not involved in the research. “I consider this a very good result, which shows the power of astrophysical observations in helping to understand properties of elementary particles and in testing new models in particle physics." 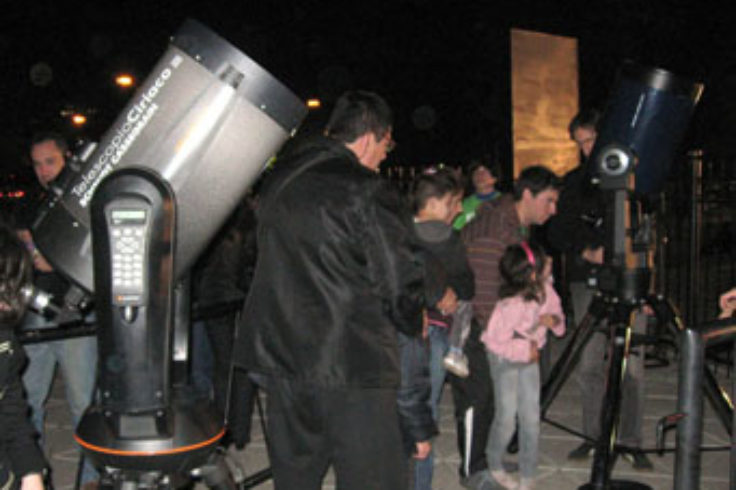