The Boston Marathon, New York City Marathon, and all the other marathon races held worldwide trace their origin to this battle in ancient Greece and the well-known story of a messenger who ran about 26 miles from the battlefield back to Athens and died when he arrived. 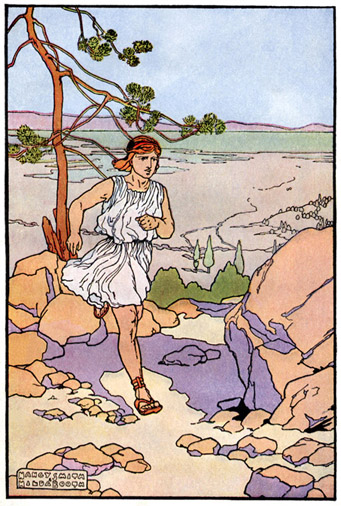 An illustration of the messenger who ran from the battlefields of Marathon to Athens to warn of the invading Persian army. Herodotus refers to the messenger with the Greek word hemerodromos, which means literally “all-day runner.”

The ancient calendars and uncertain records have made it difficult to date these events precisely. But the ancient sources describe the lunar phase near the time of the battle, and we can calculate when the Battle of Marathon occurred using these astronomical clues.

Upon the arrival of the invading Persian forces in Greece, Athenian military leaders ordered their army to Marathon. They also urgently appealed for help from the formidable Spartan army, as the Greek historian Herodotus relates:

…the Spartans said they wanted to assist the Athenians, but they were unable to do this immediately, because they did not wish to break the established religious laws. For it was the ninth day of the first decade of the lunar month, and they could not lead out the army on an expedition on the ninth day, they said, when the circle of the Moon was not yet full. And so they waited for the full Moon.
(Herodotus, The Histories, Book 6, Chapter 106)

Lines written by 19th-century English poet Robert Browning refer to the Spartan law that its army could not march out to war until the time of the full Moon:

Ponder that precept of old, "No warfare, whatever the odds
In your favor, so long as the moon, half-orbed, is unable to take
Full-circle her state in the sky!" Already she rounds to it fast:
Athens must wait, patient as we — who judgment suspend.
(Robert Browning, “Pheidippides,” 1879) 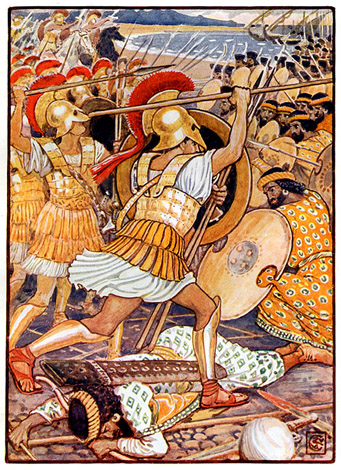 To minimize the time they were exposed to the Persian archers, Greek warriors attacked on the run at the Battle of Marathon.

After the battle was over and the Athenians were victorious, the Spartan advance guard arrived, too late to help:

After the full Moon two thousand Lacedaemonians [Spartans] came to Athens, making so great haste to reach it that they were in Attica on the third day from their leaving Sparta.
(Herodotus, The Histories, Book 6, Chapter 120)

Using these full-Moon clues, most modern books about the battle adopt the calculations of scholars who studied the Athenian calendar, identified this full Moon as falling on September 9, 490 BC, and placed the Battle of Marathon on September 12, 490 BC.

In a past article (“The Moon and the Marathon” in Sky & Telescope's August 2004 issue), we pointed out that the calculation should be done in the Spartan calendar. Our suggested chronology favored the full Moon of August 10, 490 BC, and placed the Battle of Marathon on August 12, 490 BC. 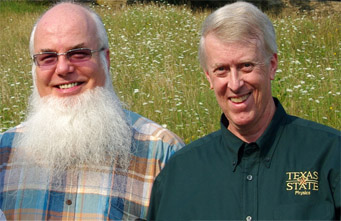 Earlier this year, as we thought about the approach of the 2500th anniversary, we did a Google search, with keywords like Marathon 2500th anniversary, and got quite a surprise: modern calendar calculations have difficulties, too! Dozens of hits appeared, with the vast majority assuming that 2500th anniversary already occurred back in 2010! A Google image search with the same keywords brings up colorful logos and commemorative medals for the marathon races held in 2010, with typical texts reading “2500 YEARS / 490 BC / 2010 AD.” At first glance, this count seems plausible, because 490 BC and 2010 appear to add up to a total of 2500 years. 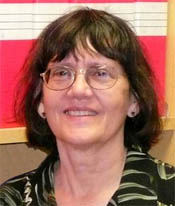 Those familiar with the astronomical year numbering system know the mistake made by the majority of the websites: forgetting that the historical year counting system does not include a year zero.

In the astronomical year numbering system, advocated by the French astronomer Jacques Cassini, the year preceding 1 AD is called the year 0, and years before that are assigned negative numbers.

The late-summer full Moons in 2011 occur on August 13th and September 12th — an especially appropriate time to observe “the circle of the Moon” and to recall the epic events at Marathon in 490 BC, exactly 2500 years ago. 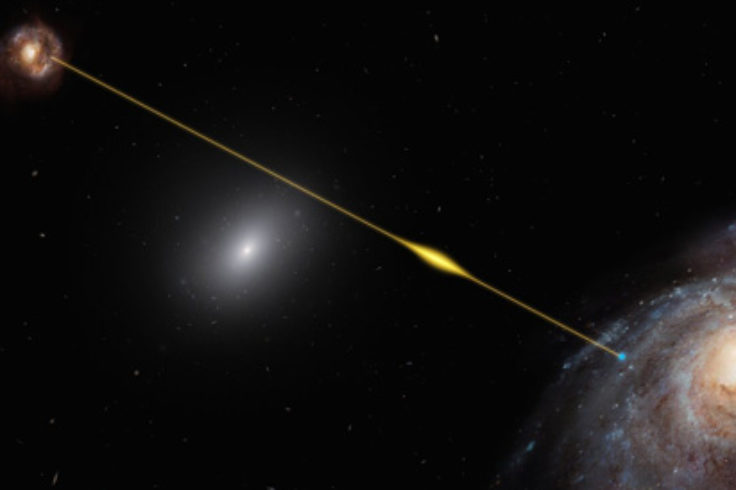