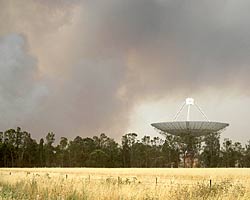 Smoke from a bush fire billows around the Parkes radio telescope in Australia. Fortunately, the observatory was not damaged.

Over the past several days, bush fires raged within 1 kilometer (0.6 mile) of the 64-meter Parkes radio telescope, located in New South Wales, Australia. Besides making innumerable contributions to science, and receiving footage from the Apollo moonwalkers, Parkes Observatory was featured in the 2001 critically acclaimed movie "The Dish" starring Sam Neill. Fortunately, the telescope sustained no damage, and the winds have shifted away from the facility, so it is no longer in danger. Still, the fire forced the evacuation of most of the observatory's staff.

"Just after the wind shifted and the fires moved away from the dish, the telescope was spared being engulfed by the billowing smoke," says Parkes operation scientist John M. Sarkissian. "It's a lucky dish indeed!"

Last year, bush fires ravaged the Mount Stromlo Observatory, located in Australia's capital city, Canberra. The Australian National University is building a wide-field 1.3-meter telescope to replace the 1.3-meter Great Melbourne Telescope, which was destroyed in the fire. But this new telescope will be located at the Siding Spring Observatory. 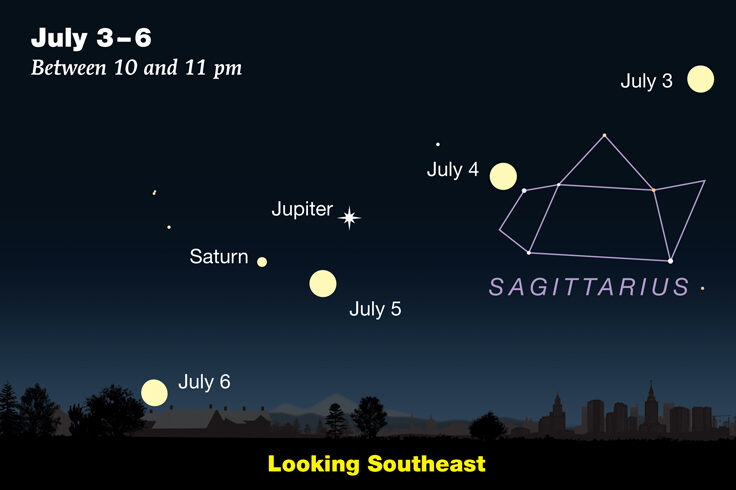