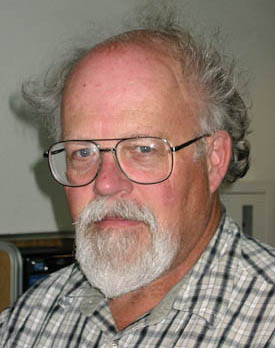 It’s sometimes said that we don’t fully appreciate some people until they’re gone. But that certainly won’t be the case with Carter Roberts, who died on April 24th after a two-year fight with colon cancer.

A lifelong resident of the San Francisco area, Carter spent his entire adult life cultivating and strengthening the region’s amateur-astronomy community. For the last two decades he was president of the Eastbay Astronomical Society, which serves the Oakland/Berkeley area. In the West he was a giant, and in the Bay Area he was huge — the backbone of everything.

Carter was a geophysicist by profession, but he’ll be remembered as being one of the best all-around amateur astronomers. He was an avid astrophotographer and telescope maker, an expert in antique telescopes and in promoting astronomy. A dedicated observer, he knew the deep-sky intimately, and his thousands of astronomical images impressed and inspired hundreds of audiences.

He voraciously read everything — books, magazines and websites — to build his scholarly understanding, and to get things right. In the historical astronomy discussions we held in the library of the old Chabot Observatory, Carter knew the topics so well that, when someone brought up a point, he would often get up, go straight to the original source on that topic, and read out what it said.

Yet he was also completely unpretentious, a guy who loved belly laughs, well-turned puns, and opera. Newcomers rarely sensed how well known (and how good) he was.

Using, servicing, and preserving Chabot’s grand old refractors sparked Carter’s interest in antique telescopes and astronomical history, and he was active in the Antique Telescope Society.

Among his greatest passions was astronomical travel, especially to view total solar eclipses. Carter chased the Moon’s shadow 19 times in all, most recently to Libya in 2006. He used eclipses and conventions as opportunities to photograph most of Earth’s astronomical highlights and infrastructure. His well-composed, well-exposed, and sharply focused photos will remain valuable long into the future.

A tireless volunteer, Carter pitched in at everything from grunt work to grant work and high-level donor-wooing. He accumulated unparalleled organizational expertise in how to handle just about anything, having served as a board member of Chabot Space & Science Center, the Astronomical Association of Northern California, Riverside Telescope Makers’ Conference, and Western Amateur Astronomers. Last year he received the G. Bruce Blair Award, widely considered the Nobel Prize for amateur astronomy.

The rest of us will have great trouble filling his boots.