Chariklo: An Asteroid with Rings

An international team of observers has made the surprising discovery that a distant asteroid has two distinct, dense rings.

It takes but a quick glance at Saturn through a small telescope to see how truly breathtaking a ring system can be. Snapshots from the Voyager and Cassini spacecraft have revealed the planet’s magnificent rings in all their glory. While Saturn is undeniably the “lord of the rings,” the other outer planets — Jupiter, Uranus, and Neptune — also possess ring systems of their own.

And yet, an understanding of how these bands are created and maintained remains elusive. They might be ancient, having formed from ice and dust in the solar system’s protoplanetary disk. Or they might be relatively recent additions, created from the debris of objects that were disrupted by impacts or torn apart by tidal stresses when they ventured too near one of these planets. Some rings are kept together by the gravity of nearby shepherding moons, while others are apparently on their own.

Now there’s one more system to add to the tally — and this one is a conundrum, because it isn’t encircling a giant planet at all. Instead, astronomers have found the first known asteroid with rings.

About 248 km (153 miles) across, 10199 Chariklo is the largest known Centaur, one of a class of objects orbiting primarily between Saturn and Neptune. While Centaurs share the characteristics of both comets and asteroids, Chariklo itself behaves more like an asteroid. It likely orbited well beyond Neptune and was scattered into its current location after a close encounter with one of the outer planets less than 10 million years ago.

On June 3, 2013, Chariklo was predicted to eclipse a bright star as seen from South America. Astronomers observing from sites in Brazil, Argentina, Uruguay, and Chile watched for the telltale dip in the star’s brightness as the asteroid crossed in front of it. But they saw an unexpected bonus: secondary dips in brightness before and after the main event. Something else was blocking the light.

An international collaboration led by Felipe Braga-Ribas (National Observatory / MCTI, Rio de Janeiro, Brazil) analyzed the wacky signature. While seven sites detected these extra dips in brightness, the Danish 1.54-m telescope at the European Southern Observatory at La Silla, Chile, was able to resolve the events into pairs of dimmings both before and after the main transit.

The added signature could result from jets, orbiting moons, or a ring system. But the dips were abrupt, ruling out expanding jets of dust (which would be relatively diffuse), and they were symmetrical, ruling out moons orbiting Chariklo (which would be a highly improbable chance alignment).

Two narrow, confined rings are the only logical explanation.

By comparing what was seen from different sites the team could reconstruct multiple characteristics of the rings. “The duration of the dip depends on how wide the rings are, but it also depends on how fast the occulting object is moving,” says coauthor Joseph Pollock (Appalachian State University). “The depth of the dip allows one to calculate the density of the material in the ring.”

The team found that the ring system consists of two sharply confined rings. The first is about 265 km (165 miles) from Chariklo’s surface and only 7 km wide. There’s a 9-km gap before reaching the outer ring, which is only 3 km wide.

The new discovery resolves previous puzzling observations. In 2008, Chariklo mysteriously dimmed to nearly half its brightness and it’s spectral signature due to water gradually disappeared. But now it’s clear why: the ice-rich ring system became edge on during that time, almost disappearing entirely from view. Chariklo's ring particles (while significantly darker than most of Saturn's rings but brighter than those around Uranus) must therefore constitute a substantial fraction of the system's total light.

As this is the first small solar-system body detected with rings, astronomers remain unsure if the rings form from some generic yet unknown process or are simply exceptional features circling few objects.

“We can only speculate about possible scenarios that formed this system,” says coauthor Martin Dominik (University of St. Andrews). “Such include an impactor excavating icy material from Chariklo's outer layer, destroying a preexisting satellite, or being disrupted itself.”

The most plausible explanation is that the rings are the remains of a disk of debris from a relatively low-speed collision. Astronomers think this occurred in the Kuiper Belt before Chariklo was scattered into its current orbit. So the rings have perhaps been around for millions of years and likely remain confined by at least one small shepherd moon.

Future observations will be hard-pressed to resolve the potential shepherding moon, but further analysis will likely shed light on how this ring system formed, in turn helping astronomers to understand the likelihood that other small solar-system objects also have rings.

That artist conception would make one think Chariklo could possibly qualify as a dwarf planet. Since Pallas and Vesta are about twice as big, and are not dwarf planets, that drawing is too smooth/symmetrical. The one added to Wikipedia is probably more realistic.

It is a surprise discovery, but is it really a surprise situation? If the much smaller (30 km mean dia) asteroid Ida can have a "moon," and we know asteroids collide and create debris, why shouldn't there be a 250 km dia asteroid with rings?

Tom is right. This body, if the size estimates are correct, shouldn’t be massive enough to have pulled itself into a round shape, which is one of the clauses in the IAU official planet definition that actually makes sense. According to the Wikipedia article on Dwarf Planet; “The lower [mass] limit is determined by the requirements of achieving a hydrostatic equilibrium shape, but the size or mass at which an object attains this shape depends on its composition and thermal history. The original draft of the 2006 IAU resolution redefined hydrostatic equilibrium shape as applying "to objects with mass above 5×10^20 kg and diameter greater than 800 km", but this was not retained in the final draft.Empirical observations suggest that the lower limit will vary according to the composition and thermal history of the object. For a body made of rigid silicates, such as the stony asteroids, the transition to hydrostatic equilibrium should occur at a diameter of approximately 600 km and a mass of some 3.4×10^20 kg. For a body made of less rigid water ice, the limit should be about 320 km and 10^19 kg.” So technically this asterioid would more correctly classified as a minor planet. It is amazing that such a diminutive body could have enough mass to hold onto a ring system at all. Therefore a great age for it’s ring system would be doubtful, in my (uninportant) opinion. 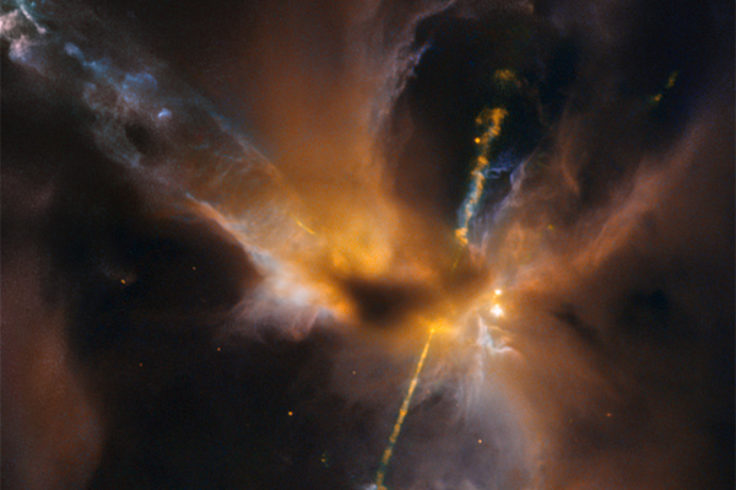 Our Quiet Galaxy Used to Burst with Stars 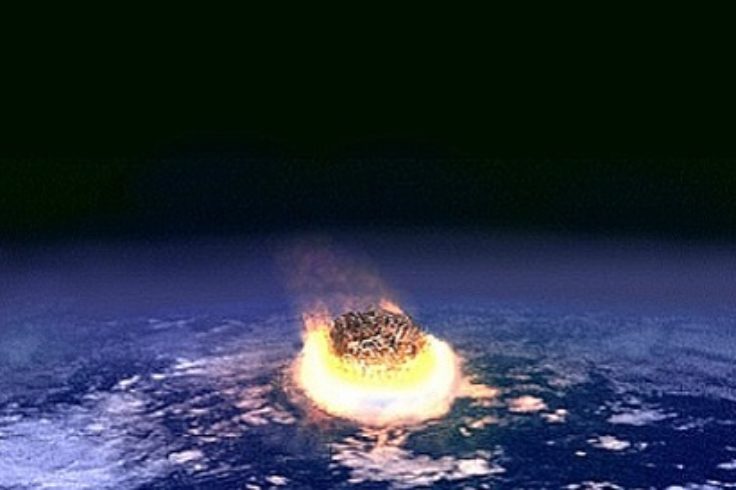 After a Century, Geologists Find Crater Responsible for Meteorite Mystery