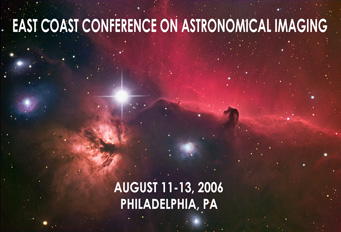 Budding astrophotographers from across the eastern seaboard gathered in Philadelphia, PA, on August 11–13 for the first East Coast Conference on Astro Imaging (ECCAI). Organized by amateurs Jim Misti, Steve Mazlin, and Bob Benamati, the meeting focused on astrophotography of all formats and was geared toward astroimagers at all experience levels.

Friday afternoon featured advanced CCD guru Adam Block’s workshop on image processing, where he demonstrated innovative techniques to help attendees get the most from their data. That evening the event officially opened with a reception and a first look at the vendor exhibition where some of the latest equipment was available.

Over the following two days attendees were treated to enlightening presentations such as a detailed tutorial on deconvolution and wavelets by CCD pioneer Richard Berry. Supernova hunter Tim Puckett lectured about his international supernova search team and called for volunteers to help crunch data, while former S&T photo editor Imelda Joson and Robert Nemiroff (of Astronomy Picture of the Day fame) explained what publishers are looking for from amateurs. 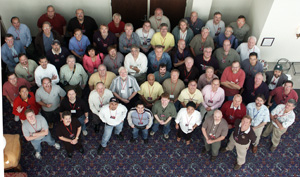 Over 70 astrophotographers, vendors, and speakers attended the conference at the Renaissance Hotel in Philadelphia, PA on the weekend of August 11 – 13.

Though deep-sky CCD imaging was featured, other astrophotography media were well represented by Jerry Lodriguss, who displayed his images and techniques for using Canon digital SLR cameras. Greg Piepol showed his remarkable solar hydrogen-alpha and Calcium-K images, and I demonstrated my planetary photography processing routines using RegiStax and inexpensive webcams. Carlos Milovic, a core programmer for Pleiades Software, introduced the new image-processing program PixInsight, which was developed for astrophotographers using any type of camera.