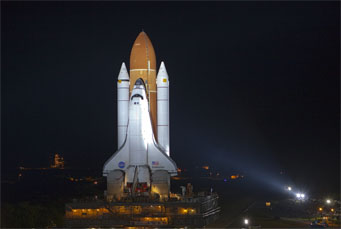 Bathed in xenon lights, Space Shuttle Endeavour moves along the crawlerway from the Vehicle Assembly Building to Launch Pad 39A at NASA's Kennedy Space Center in Florida for the 25th and final time.

An era in U.S. space-exploration history is coming to an end as NASA phases out its shuttle fleet in preparation for a new generation of launch vehicles. Two launches remain: that of Endeavour’s capstone mission, scheduled for later this week, and the shuttle Atlantis, set for its final takeoff on June 28th.

Endeavour has a solid record of accomplishments that includes the first Hubble Space Telescope servicing mission in 1993 and a record 11 visits to the International Space Station (ISS). This trip will be its 12th and final ISS sojourn, and the 25th ascent to space since its maiden voyage on June 7, 1992. Over the past 19 years, Endeavour has flown 103,148,636 miles (166,003,247 km) through 4,429 orbits of Earth.

During the upcoming 14-day mission the crew, headed by Commander Mark Kelly, will deliver the Alpha Magnetic Spectrometer (AMS). This instrument will be used for a particle-physics experiment led by Samuel Ting (Massachusetts Institute of Technology). In addition to detecting and measuring energetic particles from distant objects, AMS is searching for evidence of dark matter and antimatter in the universe.

Endeavour will also deliver a collection of spare parts for the station and is bringing the ExPRESS Logistics Carrier, a payload platform for astronauts to use when deploying experiments in the vacuum of space.

Pilot Gregory H. Johnson will maneuver the shuttle into position at the station, and Mission Specialists Michael Fincke, Greg Chamitoff, Andrew Feustel, and ESA astronaut Roberto Vittori will perform space walks to do station maintenance and install the AMS.

Endeavour’s original launch date was April 19th, but was delayed to accommodate a scheduling conflict with the Russian Progress supply ship. After its 14-day trip to the space station, Endeavour returns to Earth and will ultimately go on display at the California Science Center in Los Angeles. 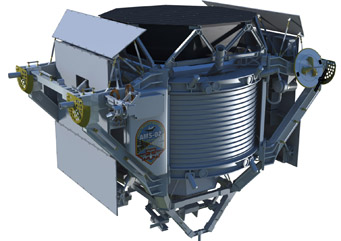 Preparations for launch are proceeding. At the April 19th Flight Readiness Review, associate administrator for space operations Bill Gerstenmeier discussed the shuttle's performance characteristics from prior flights and reviewed systems onboard the space station. One issue that concerned flight managers after recent shuttle launches was the possibility of tile damage due to material flying off the external tank during ascent. Gerstenmeier addressed this, saying “This vehicle will have more of the debris tile – that’s the tougher tile on the bottom of the orbiter than any other vehicle we’ve flown before.”

Endeavour’s crew has spent the past 10days in intensive mission simulations while launch teams ready the shuttle for its final send-off. This launch is especially poignant for Commander Kelly, who will ride into orbit as his wife, Congresswoman Gabrielle Giffords (D-Arizona), watches from the Kennedy Space Center’s VIP site.

A complete mission timeline is available on the NASA STS-134 website, along with images and video.

Carolyn Collins Petersen is vice president of Loch Ness Productions, a company that specializes in planetarium shows and related products. She was an editor at Sky & Telescope from 1997 to 2000.

It's truely sad that the Shuttle Era is coming to an end, it will be missed by many. As for the delay from the 19th, do we truely believe it was a scheduling conflict? I would hope NASA would have accounted for schedule far earlier in the planning. I suspect the delay is attributed more to the scheduling of Congresswomen Griffords ability to be present at launch. This certainly is a valid reason and I applaud her for being there and her husband Commander Mark Kelly continuing his participation considering all that hapened.

That is one of the things that I would love to be up close to, even though I can see it from my back porch in Tampa. I hear that it is the most magnificant feeling in the world to be there close to the launch pad. But, also I am excited to see what is in store for the future for space travel.

How Hard Did It Rain on Ancient Mars? 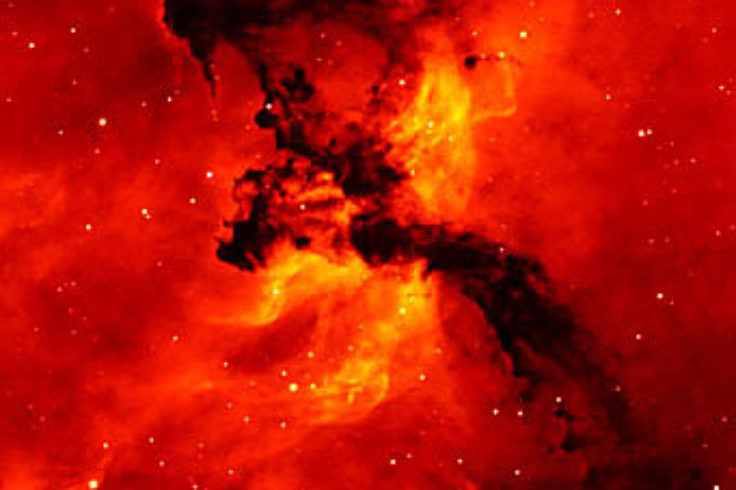