Hot Jupiters are a curious class among the known exoplanets, and none is so curious as the ultrahot Jupiter KELT-9b, which straddles the transition between gas giant and star. Now, new observations find heavy metals in this planet’s atmosphere, which could provide clues to its formation.

Discovered about a year ago in the lens of the Kilodegree Extremely Little Telescope (KELT), KELT-9b, one of the hottest gas giants known, orbits the star KELT-9 about 650 light-years away from Earth. At 10,000°C, KELT-9 is a B-type star that’s almost twice as hot as the Sun. Because the gas giant is about 30 times closer to the star than Earth is to the Sun, the planet sizzles, too, at a star-like temperature of about 4000°C.

The planet’s fever gives oodles of energy to its atoms, which collide with such force that few molecules can survive on KELT-9b. Instead, elements remain in their atomic forms.

The elements that make up a planet tell us about its formation history. So, to learn more about the elements making up KELT-9b, an international team of scientists used the Telescopio Nazionale Galileo in La Palma, Spain, to take a closer look at its atmosphere. The scientists imaged the planet when it reached a point in its orbit that put it directly between its star and Earth. Then, they used a high-resolution spectrograph, HARPS-N, mounted on the telescope to resolve the light into a spectrum of colors. With this spectrograph, “the resolution is 10,000 times higher than in previous studies,” says Kevin Heng, a coauthor of the study published in the August 16th Nature.

Each element has a known pattern of absorption lines on a spectrum, a so-called spectral fingerprint, explains lead author Jens Hoeijmakers (Astronomical Observatory of the University of Geneva and University of Bern, Switzerland). Hoeijmakers and his colleagues compared these known fingerprints with the patterns they obtained. The spectrum clearly showed that the planet’s atmosphere has ionized iron and titanium, as well as a smaller amount of neutral iron atoms.

Previous studies have detected heavy metals in other gas giants, but this study gives greater certainty of their existence, Heng says.

Scott Gaudi (Ohio State University), who led the announcement of KELT-9b’s discovery, is excited about these new results. “I think it's only the tip of the iceberg regarding what we can learn about this planet,” he says. “It is so hot and bright, it's exceptionally unusual but lends itself very well to detailed study.  As the authors of the article hint, there is no doubt much more to come.” 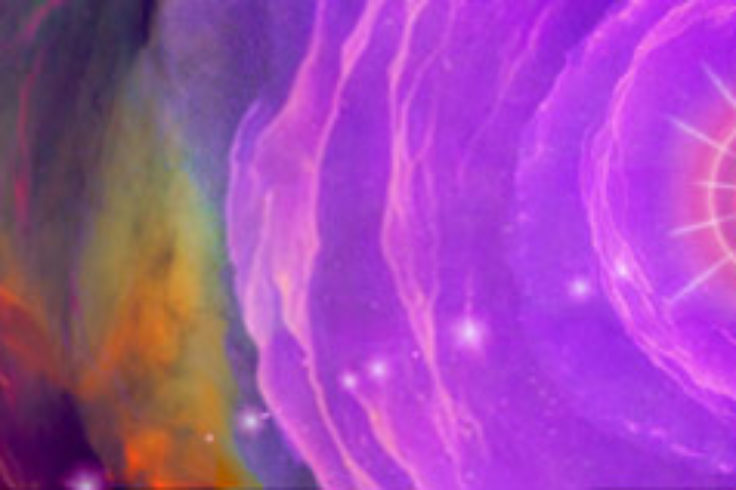 Betelgeuse: Star in a Shell