Galileo: Work-from-home Wizard, and Other Tales from Lockdown

Here are six moments in history when astronomers found themselves locked down with nowhere to go.

Ibn al-Haytham: If You Can't Make It, Fake It

Ibn al-Haytham is a towering figure from the golden age of Arabic science. Nevertheless, his career included a few bumps. Around the year 1010 he took on an ambitious project to build a dam across the Nile river. In fact, it was slightly too ambitious: when he arrived in southern Egypt, he realized the task was beyond him. Fearful of the reaction of Egypt's ruler — the Fatimid Caliph al-Hakim, also known as the Mad Caliph — Ibn al-Haytham feigned madness and spent the next decade locked down in a mental asylum.

He made excellent use of the enforced thinking time; he went on to write the seven-volume Book of Optics, which contained — among many other scientific treasures — the first correct explanation of the Moon illusion.

In what is probably the most famous lockdown in the history of astronomy, Galileo spent the remaining years of his life under house arrest after pleading guilty at his trial in 1633.

Still, he certainly got his home office well organized. In 1636 he completed the Dialogues Concerning Two New Sciences. While Galileo’s similarly titled Dialogues Concerning the Two Chief World Systems led to his arrest and trial, his later book is the one upon which rests his reputation as the father of modern science. In it, he uses the scientific method to lay out various ideas on the motions of bodies and other concepts.

Like Galileo, Isaac Newton has recently gained attention as another black-belt homeworker. When the Bubonic plague forced the closure of Cambridge University in 1665, he went back to his mother's house. There, he came up with the idea of universal gravitation.

This idea and others, such as the development of calculus and the three laws of motion, grew into his Philosophiæ Naturalis Principia Mathematica, which he didn’t publish for another two decades in 1687.

Guillaume Le Gentil: Apart from All That, How Was Your Trip?

French astronomer Guillaume Le Gentil planned to observe the 1761 transit of Venus from India. Alas, unfavorable winds left him stuck in a nautical lockdown: On the day of the transit, he was becalmed in the middle of the Indian Ocean, where the rocking of the ship made it impossible to use a telescope.

Having come so far, Le Gentil decided to wait in India for the following transit in 1769. Unfortunately, he was "only to be the spectator of a fatal cloud which came to place itself before the sun at the precise moment of my observation." He then spent nine months bedridden with dysentery. After being caught in a hurricane on the way home, Le Gentil finally made it back to Paris in 1771, only to discover that he had been declared dead. His story has a happy ending though (read more here).

Christina Koch: Sitting in a Tin Can for 328 Days

In February this year, Christina Koch returned to earth after spending 11 months aboard the International Space Station — and setting a new record for the longest spaceflight for a woman.

The amount of pressurized space inside the ISS is the same as a Boeing 747. Which doesn't sound too bad — until you find out that most of that space is taken up by equipment and storage. Not to mention, at one point during Koch's mission there were nine astronauts on board.

Despite the cramped conditions, Koch was remarkably productive: her research activities on the ISS ranged from quantum physics to 3D biological printing.

Take Your Own Astronomical Lockdown

We’re all experiencing house arrest at the moment, but there may be a time when you’d once again welcome some isolation. If that’s the case, the IceCube Neutrino Observatory has an opportunity for you. The hardy folks who keep this extraordinary telescope running through the South Pole’s six months of darkness are called Winterovers. And if you have a Masters in computer science, physics, electrical engineering or a related field, then, every year, you have a chance to apply.

The impracticality of flying planes during the Antarctic winter makes this job the ultimate lockdown. As this year's recruitment ad cheerfully stated, "Deployment to the South Pole is expected to be in early October, 2020 for 12–13 months with no possibility of leaving during the winter months from mid-February 2021 to mid-October 2021."

I would add Walter Baade to the list of astronomers who made good use of emergency restrictions. Baade was a German citizen working at Mount Wilson observatory in Los Angeles during the second world war. Unlike most of other scientists in the United States, because Baade was an enemy national he was not drafted into any wartime industries, so he was able to keep doing astronomy at Mt. Wilson. And Los Angeles was blacked out to provide less of a target for Japanese bombers, so the sky was very dark.

Baade used the war years to resolve stars in the center of the Andromeda Galaxy for the first time, from which he identified two distinct populations of stars, Population I with higher concentrations of metals, and Population II with lower concentrations of metals. This was an important step in figuring out the history of the universe. Baade also figured out that there are two different kinds of Cepheid variable stars, which allowed him to recalculate cosmic distances and double the size of the known universe from Hubble's previous estimation. Baade's presentation of these findings at the IAU meeting in Rome in 1952 was met with "considerable astonishment." https://en.wikipedia.org/wiki/Walter_Baade

Baade also discovered "Baade's window", a small area in the constellation Sagittarius that is relatively free of dust and allows us to see stars in the central bulge of our milky way galaxy. If you've got a telescope and a dark enough sky, have a look before dawn tomorrow morning!

Inspired by Galileo’s Dialogues Concerning Two New Sciences, the Dark Energy Dialogue, https://youtu.be/4goInwbOix4 , provides a way forward on the dark energy puzzle. While not made on lock-down, it is engaging; both sides fairly represented. 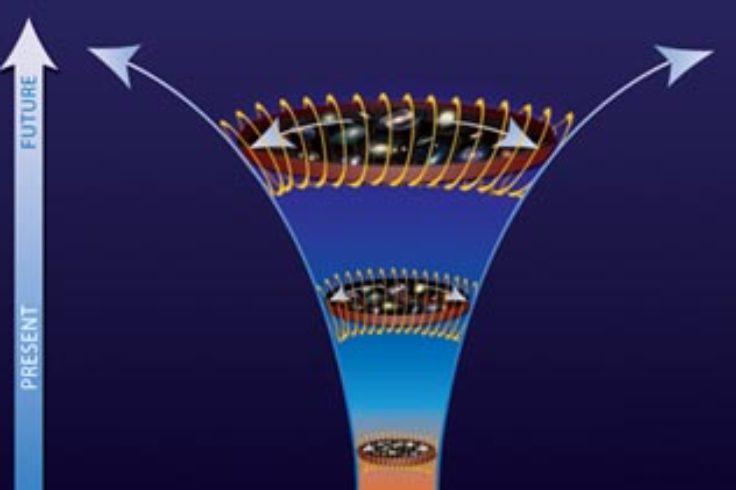