Using the 4.1-meter Southern Observatory for Astrophysical Research (SOAR) telescope in Cerro Pachón, Chile, a team lead by Daniel Reichart (University of North Carolina, Chapel Hill) pinpointed the infrared afterglow of the GRB 050904 just 3 hours after the Swift space telescope first detected the blast. Reichart’s group was the first to calculate the record-breaking redshift of 6.29, which implies that the blast occurred just 900 million years after the Big Bang.

A recent gamma-ray burst has shattered the GRB distance record with a redshift of 6.29 — placing this event only about 900 million years after the Big Bang in an era when galaxies and stars were first beginning to coalesce in the young universe. The previous record burst had a redshift of 4.5 and only a few other objects have been estimated to be at greater distances.

The three-minute wave of gamma rays swept by Earth on September 4th from a point in the consellation Pisces. The Burst Alert Telescope onboard NASA's orbiting Swift observatory was the first to detect the explosion. Long-duration GRBs such as this are thought to have been abundant in the first era of star formation, when stars were made of almost pure hydrogen and helium and tended to be extremely massive. When these giant stars died, their cores theoretically collapsed into black holes and shot out narrow beams of energy in the form of gamma rays. "This is exactly what we built Swift to detect," said Neil Gehrels (NASA, Goddard Space Flight Center), the mission's principal investigator, at a press conference earlier this week. Swift has the sensitivity to detect very weak, distant bursts and thus probe early eras of the cosmos that are accessible no other way.

Distant GRBs like GRB 050904 produce a light-curve much smoother and redder in wavelength than nearby events like the bright bottom graph of GRB 050326, a typical nearby burst.

After the Swift detection was announced, observations of the burst, dubbed GRB 050904, came pouring in to the online GRB community from major observatories all over the world. A team lead by Daniel Reichart (University of North Carolina, Chapel Hill) was the first to measure the shocking redshift of 6.29 accurately. "That means this GRB occurred 900 million years after the Big Bang," said Reichart. "That's 6 to 7 percent of the current age of the universe."

Using the 4.1-meter Southern Observatory for Astrophysical Research (SOAR) telescope in Cerro Pachón, Chile, Reichart's group pinpointed the infrared afterglow of the GRB just 3 hours after the blast. SOAR was equipped with an infrared imager just a few weeks earlier and remotely sends data to UNC researchers. Undergraduate student Josh Haislip, the lead author an upcoming paper on the discovery, was the first to analyze the data. Based on images from optical telescopes, including the 8.2-meter Antu telescope at ESO's Very Large Telescope and the 60-inch telescope at Palomar Observatory, the Reichart group ruled out the possibility that this burst was a nearby event dimmed by intervening dust. The redshift was later verified with the 8.2-meter Subaru telescope on Mauna Kea.

"I suspect we will discover scores, even hundreds, of high-redshift GRBs in the years to come," says high-energy theorist Donald Lamb (University of Chicago). GRBs are considered valuable beacons for exploring the very distant universe. These brief flashes shine greater than a billion times a billion Suns and they can be used to study the history of the early universe by passing through gas and dust as they bridge the 13 billion light years of space. Only a handful of quasars occur above redshift 6, and only one quasar at redshift 6.4 rivals GRB 050904 among objects with spectroscopically-measured distances (though some faint galaxies have been judged to have redshifts as high as 7 or 8 based on their colors). According to Lamb, "We should be able, through Swift, to detect GRBs out to redshift 20 or so." 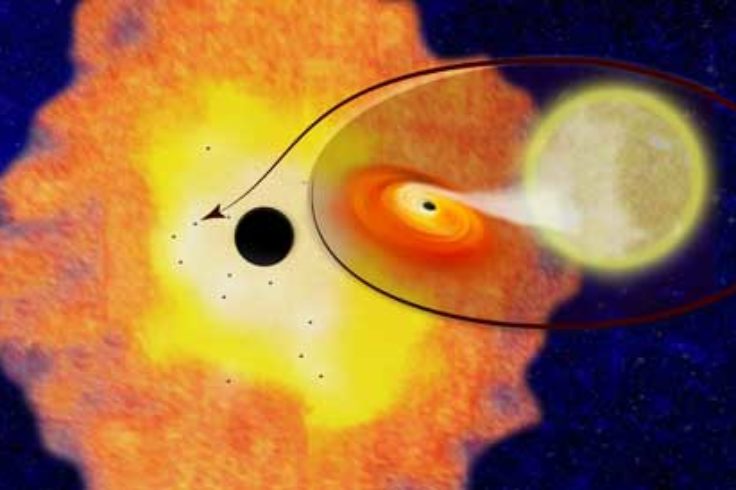 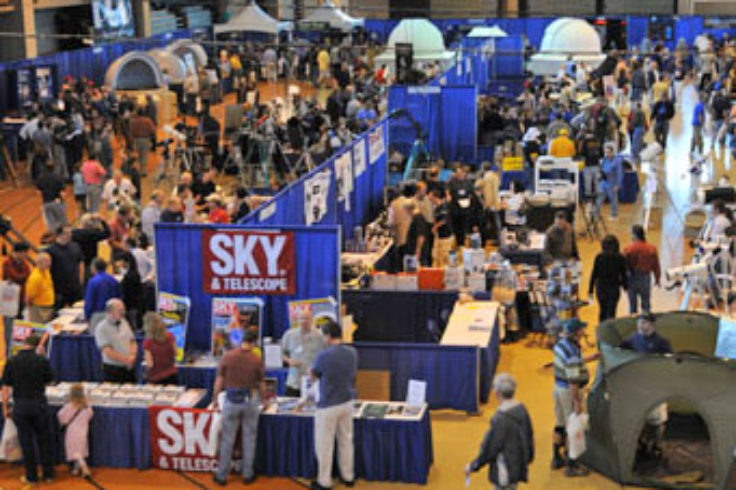