May's annular eclipse whets the appetite for totality in November, and there's no better way to see it than on Sky & Telescope's expedition Down Under.

Like all amateur astronomers, I still get a chill up my spine every time I peer through a large telescope and see a galaxy tens of millions of light-years away. And I get a charge out of razor-sharp views of the Moon and planets. But something even better is coming soon: November's total solar eclipse in Australia. 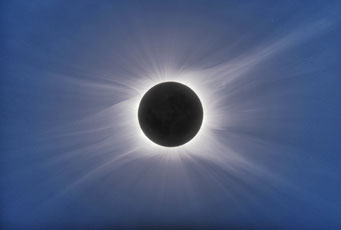 Nothing in all of astronomy matches seeing a total solar eclipse. In fact, there's no other human experience that is remotely comparable. It's an eerie feeling to see a gaping black “hole” in the sky surrounded by the wispy tendrils of the solar corona. I can easily understand why eclipses once instilled terror — if I had no idea what was going on, I'd be scared out of my mind too! Fortunately, science completely removes the fear factor and allows us to see these events for what they really are: glorious spectacles of nature.

The next opportunity to witness one of these grand events comes this November 13-14. The path of totality starts in Australia's Northern Territory and sweeps across the South Pacific. But the best place on land to see totality is Australia's Cape York Peninsula, where totality will last a little over two minutes.

If you want to combine a comfortable eclipse-travel experience with exciting destinations, I encourage you to check out Sky & Telescope's November Australia land tour, which will offer several prime eclipse viewing sites near the city of Cairns. Working in partnership with InSight Cruises, a well-established and highly reputable travel company, we’re offering a tour that will show some of Australia's great cultural, natural, and astronomical wonders. The tour will be expertly led by my friend and colleague Greg Bryant, Editor in Chief of Australian Sky & Telescope. I'll turn the article over to Greg so he can tell you some of the great places you'll visit.

Sydney is the gateway to Australia and one of the most popular cities to visit worldwide. You'll walk amongst the streets of Sydney, take a picturesque ferry ride across Sydney Harbor to Taronga Zoo, where you come face to face with kangaroos, koalas, and other Australian native animals. You'll visit the world-famous Sydney Opera House and have the opportunity to tour the Royal Botanic Garden. 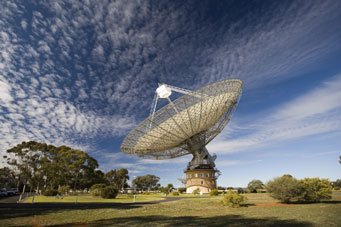 The Parkes Radio Telescope, made famous by its role in the Apollo 11 lunar landing, also cataloged the majority of known pulsars.

After Sydney, we'll travel to the country town of Parkes — home to the 64-meter Parkes Radio Telescope, which celebrated its 50th anniversary last October. The antenna has been a workhorse for radio astronomy over the last 50 years. From the discovery of quasars to cataloging more than half of all known pulsars, Parkes is an institution in the field of astronomy. Its most pronounced public fame comes from Apollo 11, when Parkes relayed the TV signals of humanity's first walk on the Moon. 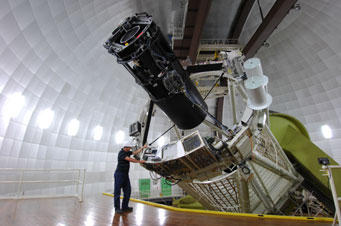 The 3.9-meter Anglo-Australian Telescope at Siding Spring Observatory has surveyed the southern sky and discovered many exoplanets.

At Coonabarabran, we'll visit Siding Spring Observatory, home to the 3.9-meter Anglo-Australian Telescope and more than a dozen other telescopes. Built to capitalize on the Southern Hemisphere's vantage point for observing the Milky Way and the Magellanic Clouds, the AAT continues with large-scale sky surveys and the use of fiber technology for its advanced instrumentation.

Next, we'll visit the Great Barrier Reef, the world's largest coral reef system and a remarkable experience for any visitor to Australia. On the day before the solar eclipse, we'll travel by boat from Cairns to Green Island, some 17 miles offshore. There, you'll experience the natural beauty of the island itself, and you can choose between a tour on a glass-bottom boat or a chance to snorkel in the water yourself, surrounded by colorful coral and tropical fish. It's a full-day tour, showcasing one of Australia's great wonders.

The S&T Australian Eclipse 2012 tour will be an incredible adventure, combining natural beauty, distinct Aussie cultural, tours of world-famous astronomical facilities, and best of all, a total solar eclipse. You will even have the option of viewing the eclipse from a hot-air balloon! The tour price includes airfare, luxurious hotel accommodations, and some meals. And best of all, you'll travel with other eclipse adventurers, establishing friendships that will last a lifetime.