Jupiter's South Equatorial Belt appears to be pulling material from the Great Red Spot in an event that's visible in small scopes.

Planetary observing forums are abuzz this week with talk of interesting happenings on the gas giant. The planet is already known to be in the midst of a rare Equatorial Zone (EZ) clearing event, as the normally white EZ has changed color to a brownish tan. Now, the Great Red Spot (GRS) is competing for attention, thanks to an unusual interaction with its neighboring South Equatorial Belt (SEB).

Over the last few years, the GRS has been sporting a rich, orange-red color, made even more distinct by the whitish "hollow" that often surrounds it. Now, a dark swirl adds to the distinction: The SEB appears to be pulling material from the storm, creating a churning bridge between the two features. Large filaments of GRS material, some spanning more than 10,000 kilometers, have been peeling away from the famous spot roughly once a week and dissipating in the swirl.

John Rogers of the British Astronomical Association notes in the most recent BAA Jupiter report, "There has been much interest in the emergence of red, methane-bright 'flakes' or 'blades' that detach from the (west) end of the GRS — a phenomenon that has been prominent in recent JunoCam images and also observable in amateur images."

The flakes peeling off the GRS are most prominent at near-infrared wavelengths, particularly around 890 nanometers. At this wavelength, methane absorption generally darkens features in the planet's upper atmosphere, such as in the belts and zones. However, the strong winds in the GRS keep the storm clear of methane, so it appears brighter at this region of the spectrum. Visually, the GRS and these flakes are easiest to see through a blue filter, where the GRS appears much darker than its surroundings.

Visible-wavelength images show that the spiral cloud that connects the GRS to the SEB is brown in color, with smaller red arcs peeling off of the GRS. But Australian amateur Anthony Wesley has captured a near-infrared filtered image, combined with visible-wavelength color data, showing that there's a substantial amount of GRS material in the jetty.

These "flaking" events used to happen only rarely, but over the past few years, they seem to be occurring more frequently. This most recent event is much more pronounced than in the past, though. The event should be easy to see in small telescopes, but a 6-inch instrument or larger will give you a better shot at spotting this changing feature as Jupiter approaches opposition on June 10th.

Observers are urged to monitor changes in the GRS and SEB appearances, and share their observations with the BAA or the Association of Lunar and Planetary Observers (A.L.P.O.). Use our GRS transit calculator to plan when the GRS will be best placed for observing from your area.

Sean, Will the GRS survive or will it grow larger? Whats your opinion?

Nobody knows. Maybe it will break up, or maybe it will continue to churn out streamers of material. It is extremely interesting to witness though. 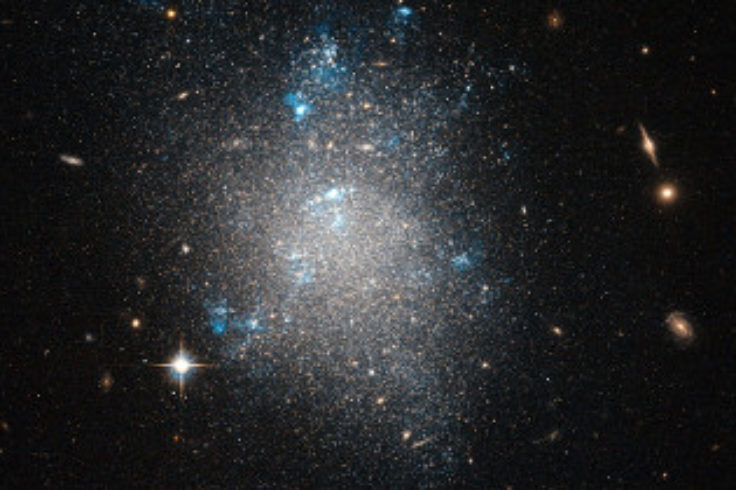