LISA Pathfinder, the technology testbed mission for a future gravitational-wave detector, turns out to be a surprisingly good micrometeoroid hunter.

Sometimes, space missions can have surprising secondary benefits. Putting things in space is an expensive and lengthy task, and scientists and researchers tend to look for innovative ways to get the most out of the few missions that make it beyond the proposal phase and off the launch pad. Now, NASA is looking into just such a possibility: using the European Space Agency's LISA Pathfinder mission to sample the micrometeoroids in the craft's local space environment.

“We've shown we have a novel technique and that it works,” says Ira Thorpe (NASA-Goddard Space Flight Center) in a recent press release. “The next step is to carefully apply this technique to our whole data set and interpret the results.”

LISA Pathfinder is designed not as a science mission itself but as key technology demonstrator for what will eventually fly on the full-scale gravitational-wave space mission. Aboard the Pathfinder, two 2-kg (4.4-lb) cubes made of of gold and platinum float in free-fall, nearly motionless with respect to each other.

Eventually, the eLISA (Evolved Laser Interferometry Space Antenna) mission will employ three free-flying versions of LISA Pathfinder in a triangular formation, each spacecraft 5 million kilometers from the other two. The entire structure — larger than the orbit of the Moon — will act as an interferometer, detecting the slightest motions the cubes make in response to passing gravitational waves.

The experiment has already performed admirably during its six-month primary mission, demonstrating a sensitivity five times better than needed for a full-scale eLISA array. Now, with the spacecraft still in good health, researchers are looking to give it a new assignment.

LISA's goal is to maintain a "gravitationally quiet" environment for its gold-platinum cubes, so it counters any opposing force. As such, LISA's entire outer structure acts as a giant micrometeroid shield: When something such as the solar wind disturbs the spacecraft, its micro-newton thrusters gently fire against that force. This helps the cubes remain in true free-fall. And, researchers recently realized, that thruster data could also serve as a record to help characterize the solar environment in terms of space dust and debris.

“Every time microscopic dust strikes LISA Pathfinder, its thrusters null out the small amount of momentum transferred to the spacecraft,” says Diego Janches (NASA-Goddard Spaceflight Center) in a recent press release. “We can turn that around and use the thruster firings to learn more about the impacting particles. One team's noise becomes another team's data.”

Though tiny, these little particles really pack a punch as they zip along at up to 22,000 mph (36,000 kph), more than 10 times faster than a speeding bullet. NASA has studied micrometeoroid impacts before with its Long Duration Exposure Facility (LDEF), which was deployed in April 1984 by space shuttle Challenger and brought back to Earth by space shuttle Columbia in January 1990. Micrometeoroid impacts have also “sand-blasted” the windows of shuttle orbiters, and tiny impacts and tears have been chronicled on the solar arrays and the exterior of the International Space Station.

But the micrometeoroid population near Earth is probably enhanced by the gravitational influence of the planet itself. LISA Pathfinder orbits 1.5 million kilometers sunward from Earth, at the stable L1 Lagrangian point. (NASA's DSCOVR and Solar Heliospheric Observatory missions occupy this point too, but a good distance from one another.) Researchers hope that what LISA Pathfinder will sample from its orbit will be more representative of the inner solar system environment — data that's crucial for future missions, especially crewed missions to Mars.

The re-purposing of LISA Pathfinder as a micrometeoroid hunter shows that sometimes, one researchers noise is another's data. 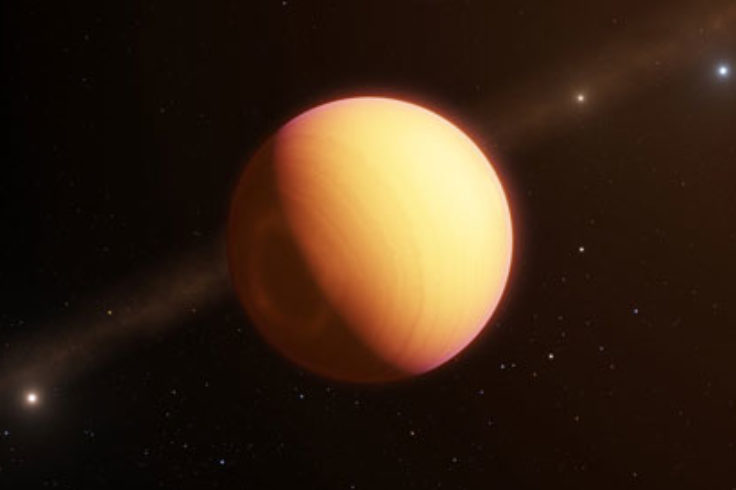