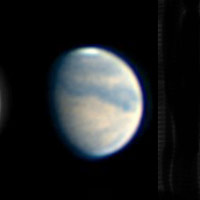 Mars was in its gibbous phase, and the Mare Cimmerium - Mare Sirenum region was facing Earth, when David M. Moore made this image on the morning of July 28th. He stacked many frames from video clips shot with a 10-inch reflector. Click the image for details.

If no one has asked you about it yet, they probably will. A bogus e-mail chain letter, sometimes titled "Mars Spectacular," continues to spread across the internet. It claims that on August 27th Mars will dazzle the world, appearing brighter than ever in history.

The problem is that "August 27th" is actually August 27, 2003. Mars did have an unusually close pass by Earth that month — but since then, the chain letter has morphed in some versions to the point that Mars is supposed to look as big and bright as the full Moon.

Mars does have a fine apparition in 2005, but the planet will pass closest to us in October and November this year, not August, and it will reach a maximum apparent diameter of only 20 arcseconds, compared to 25 arcseconds in 2003. And of course it will look like a bright star, not the full Moon.

You can read all about this year's Mars apparition, and what to observe for yourself, in the September Sky & Telescope, page 67. For the most recent amateur images of the planet, see the MarsWatch 2005 site.

A few years ago, dozens of radio stations called Sky & Telescope about a chain letter claiming that the Moon was about to swing so close to Earth that it would turn night into day. I came up with a standard on-air line: "This chain letter is a good thing, not a bad thing. It's an immunization. If you make a fool of yourself by sending it to your friends and family, you'll be less likely to send them the next e-mail chain letter you get, which may not be so harmless." 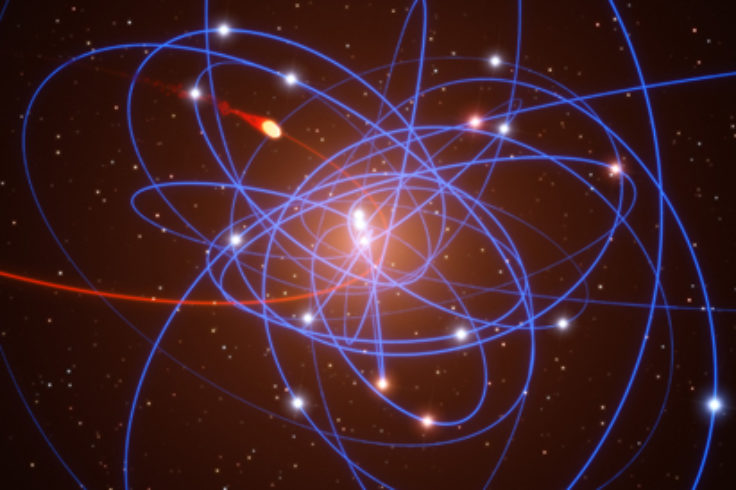