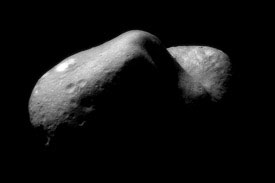 The asteroid 433 Eros (imaged here by the NEAR spacecraft) is the largest Earth-crosser, measuring 33 by 13 kilometers. Eros was discovered in 1898. Today well-equipped amateur astronomers can find near-Earth asteroids less than 1 percent as large.

THIS ARTICLE IS WAITING FOR THE BILL TO PASS THE SENATE AND BE ENACTED -- MAYBE IN 2003?

Don't count on paying for your new CCD camera this way — but amateur asteroid hunters can hope to win one of three $2,000 annual awards established by the U.S. Congress this week.

The Charles "Pete" Conrad Astronomy Awards (named in honor of the Apollo 12 astronaut who died in a motorcycle accident) will be granted yearly in three categories. One will go "to the amateur astronomer who, using amateur equipment only, discovers the largest absolute magnitude new asteroid having a near-Earth orbit during the preceding calendar year." The second award will go to an amateur who uses professionally acquired data (such as old photographic archives) for a discovery or for refinement of an orbit. The third goes to the amateur "who provides the greatest service to update the minor planet catalogue."

The Pete Conrad Astronomy Awards Act, sponsored by Rep. Dana Rohrabacher of California, passed the U.S. House on a voice vote October 1, 2002 ///
and has gone to the Senate Committee on Commerce, Finance, and Transportation as of Oct 4, 2002./// Only U.S. citizens are eligible. The awards will be administered by the Minor Planet Center in Cambridge, Massachusetts, which manages the world's asteroid database.

The awards join the $500 Benson Prize, issued by the Space Development Corporation, for amateur near-Earth asteroid discoveries; four of these have been given since the prize was established in 1997. In addition, the Planetary Society recently awarded five Shoemaker Near-Earth Object Grants of $900 to $10,000 to amateur asteroid hunters.

The vast majority of near-Earth objects are now discovered by professional automated search programs. Nevertheless, advanced amateurs still have a foothold in this niche. It was an amateur asteroid hunter who in September 2002 discovered the Apollo 12 rocket body (recently recaptured by Earth's gravity after drifting in solar orbit) that in 1969 boosted Pete Conrad to the Moon. 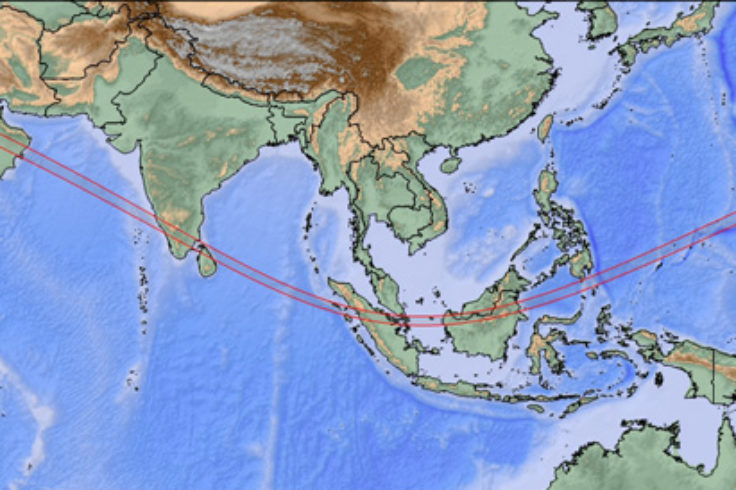