A vision from 70 years ago, the Zwicky Transient Facility has produced a wave of discoveries — but it’s only a hint of what’s to come.

Every night the Zwicky Transient Facility (ZTF), a new instrument installed in a California mountaintop observatory, scans the sky. It searches for anything that explodes, moves or disappears entirely: Perhaps a point of light flares as a star suddenly erupts in a violent supernova. Maybe something shifts as an asteroid zips across the solar system. Or possibly a new flare fades away after a star that has wandered too close to a black hole meets its untimely fate.

Once the survey notes the change (often within 10 to 20 minutes), it sends an automated alert to the community — producing as many as 100,000 a night. Those alerts then allow astronomers to quickly swivel their telescopes toward the object and better understand the underlying phenomenon, be it an asteroid or supernova.

Less than a year into its mission, ZTF is now fully operational. Already it has identified more than a thousand new objects in the sky, including nearly 1,200 supernovae and 50 near-Earth asteroids. It has observed more than 1 billion stars in the galaxy, and it has spotted new binary star systems and even black holes. Many of those observations are detailed in a flood of papers recently published in the journal Publications of the Astronomical Society of the Pacific.

But they are only a hint of what is to come.

More than 70 years ago, Fritz Zwicky — the astronomer who first postulated the existence of dark matter — convinced the director of Mount Wilson Observatory in California to build a 48-inch Schmidt telescope at Mount Palomar in California. Zwicky wanted to create a survey whose primary purpose was to photograph the entire northern sky.

In the years since, that 48-inch telescope has seen a number of surveys that each have built on improving technology. The Zwicky Transient Survey is the most recent, and the first digital sky survey to utilize the telescope’s full field of view, covering an area that’s 240 times the size of the full Moon. “We now have the proper digital version of what Zwicky originally thought about 70 years ago,” says Matthew Graham (California Institute of Technology), ZTF’s project scientist.

That expansion has made all the difference, as it allows ZTF to cover the entire sky and quickly. “It is super powerful and it’s something that we haven’t been able to do before,” says Rachel Street (Las Cumbres Observatory), who is not involved with the survey.

Every three nights ZTF surveys the entire northern sky, spotting objects as faint as 20th magnitude. That means the survey can probe much of the solar system, supernovae and even plenty of quasars. The latter — which are powered by ravenous supermassive black holes in the centers of galaxies — are extremely distant and yet bright. As such, the survey can probe fairly deep into the universe.

This coverage, along with a survey of the galactic plane, is public thanks to funding provided by the National Science Foundation. It is thus available to astronomers across the world.

In November 2017 ZTF captured its first light, creating an image of Orion and the Horsehead Nebula. Science observations began several months later in March 2018. Ever since, astronomers have been building “reference images,” which provide a glimpse of the sky as it once was; they’re subtracted from current images to search for changes. Now that they are complete, the survey is considered fully operational.

Already ZTF has caught a number of oddities within our own solar system. On January 4, 2019, for example, it picked up a moving pinpoint of light. Astronomers later realized that this light came from an asteroid with the shortest known orbital period. In just 165 days, the asteroid whips around the Sun in an orbit that is confined entirely within the orbit of Venus. Such a finding could mean that there are an alarming number of undetected space rocks in the inner solar system.

Additionally, ZTF caught two near-Earth asteroids that zipped past Earth at roughly a third of the distance between Earth and the Moon.

But astronomers are mostly excited about what’s to come. The same fleeting types of signals could ultimately help Street look beyond the solar system and find rogue exoplanets. See, exoplanets can occasionally be detected via gravitational microlensing — the chance magnification of light from a distant star due to the distortion of spacetime caused by a foreground planet.

Though astronomers have spotted such rogue planets before, they’re typically confined to small search areas. Most of Street’s research, for example, has focused on a small patch of sky in the center of the galactic plane. But ZTF will open the entire sky. “I’m certain we will find events that we would otherwise never have seen,” she says.

Meanwhile, Graham has set his sights beyond the Milky Way. He is particularly excited to study supermassive black holes, given that they too can be variable — and on surprisingly fast timescales. On occasion, a star might pass too close to a supermassive black hole, only to get torn to shreds and create a bright flare in the process. These so-called tidal disruption events can brighten and then fade over the course of 50 to 100 days.

What’s more: Astronomers have recently discovered a unique class of quasars called changing-look quasars. In a matter of years, the central black hole powers down, leaving just another hum-drum galaxy. Although scientists have long understood that supermassive black holes eventually transition to inactivity — as the disks of matter swirling around them deplete — they thought the transition would occur over tens of thousands of years. Instead, it occurs within a cosmic eyeblink. Graham is hopeful that ZTF will uncover further examples of changing-look quasars, which will better help the community understand this cosmic shutdown.

Finally, while a lot of emphasis is placed on ZTF’s ability to discover new phenomena, it will also be used to follow up on other discoveries, such as gravitational-wave sources.

When LIGO and Virgo spot those signals, they’re unable to pinpoint their exact address in the cosmos, instead providing a rather large search area that can be hundreds of square degrees in size. Observatories that can only study small regions of the sky at once will struggle to follow up on those events quickly. But ZTF’s wide field of view will allow it to conduct the search fast.

Street is equally excited about the alerts generated by ZTF. The facility’s capability to reduce this huge amount of data in real time and issue alerts to the community is outstanding, she says. “It’s a ground-breaking project from the point-of-view of astronomy in the big data era.”

Then to parse all that data, astronomers are building algorithms that help narrow down the alerts to those that are likely caused by a specific event. No one, after all, wants to search through 100,000 data points on their own.

And that will help lay the groundwork for the Large Synoptic Survey Telescope, which should generate roughly 10 million alerts per night — 100 times the alert volume of the ZTF — once it’s up and running in 2022. “It’s going to be a forerunner,” Street says. “It’s going to produce some awesome science in and of itself, let's not forget that. But it’s also a pathfinder in many respects.”

Thanks for the sharp eye, Stephen! I've fixed the typo.

An order of magnitude one way or the other is usually close enough for astronomy. 😉

Shannon says " ZTF caught two near-Earth asteroids that zipped past Earth at roughly a third of the distance between Earth and the Moon." Can we get more info on these NEA's, mass, period of orbit and year/probability of impacting Earth?

There's another typo in the very last line: "in and off itself..." s/b "in and of itself...". Too many people confuse of and off anymore and when it comes the word "couple" they drop the "of" altogether making the sentence gibberish in the literal sense although most everyone makes it "right" in their head.

Thank you for this engaging, well-written explanation of the amazing ZTF instrument, Shannon. 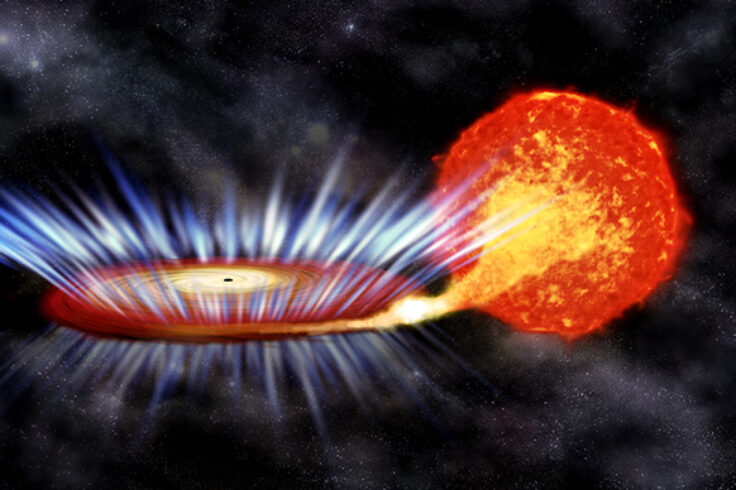