Few astronomy terms are more divisive than the word “planet.” Although Pluto’s demotion in 2006 has long held the spotlight in the continuing — dare I say, raging — scientific debate, there are other larger worlds at stake. Indeed, scientists have long wondered just how massive a planet can be before it’s no longer considered a planet.

In a paper recently published in The Astrophysical Journal, Kevin Schlaufman (Johns Hopkins University) has set the upper boundary of a planet between 4 and 10 times the mass of the planet Jupiter. Any more massive object is not a planet at all, but a brown dwarf — a so-called “failed star.”

Although the results won’t reclassify any planets within our own solar system, they do have sweeping implications for how giant exoplanets and brown dwarfs form.

To discover the dividing line between large planets and brown dwarfs — or the mass at which one ends and the other begins — it helps to look for the fundamental differences between the two objects. Although they look similar in size, many scientists have speculated that they’re quite different in how they form.

Jupiter-like planets grow from the bottom-up in a process called core accretion. First, a vast swarm of ice and rocks collide and stick together, forming a rocky embryo as massive as Earth. Then the embryo pulls gas from the protoplanetary disk onto itself until it’s enshrouded in a massive envelope of hydrogen and helium.

But brown dwarfs grow from the top-down, like stars do, collapsing directly from a cloud of gas.

At least that’s the hypothesis. If true, Jupiter-like planets will form far more easily within protoplanetary disks that are enriched in heavy elements. That’s because these elements are fundamental to building the rocks that form planetary cores. So, if there are more heavy elements, there will be more Jupiter-like planets — and that is something astronomers should be able to detect.

Already, there have been hints in the data. But astronomers have not yet been able to tell if those hints are real. “The human eye is really good at seeing patterns even when they don’t exist, so following up with a much more rigorous and soundly based statistical methodology is definitely the way to go here,” says Gregory Laughlin (Yale University), who was not involved in the study.

That’s exactly what Shlaufman did. He found that, in 146 carefully selected planetary systems, objects with masses less than 4 to 10 Jupiters tend to form around stars enriched in heavy metals, so they probably came together via core accretion. Objects with more than 10 Jupiter masses form around all kinds of stars, so direct collapse is probably responsible for their formation. The divide means that an object below 10 times the mass of Jupiter is likely a planet, and an object above is likely a brown dwarf.

“As humans, we’re often very concerned with the semantics of something,” says Kaitlin Kratter (University of Arizona), who was not involved in the study. “This is why the public was so upset about Pluto. And professional astronomers are subject to this bias too — wanting to know how to define things.”

Needless to say, Kratter was excited to see that Schlaufman based his definition on the physics of how planets form. “If this places a limit on how large things can grow by one mechanism versus another, I think that's inherently interesting,” she says. “This should help us push forward the theories for the formation of these brown dwarfs and the formation of planets.”

When it comes to overarching implications, Schlaufman doesn’t stop there. He also argues that if you know the largest possible mass for a planet, you can work backwards to determine the properties of the protoplanetary disk in which it formed. “That’s really exciting because these planets are billions of years old so their disks have disappeared billions of years ago,” he says.

And that could help solve a fundamental issue in theoretical models, which show that newborn planets will interact with their protoplanetary disk, lose angular momentum, and rapidly spiral onto their host star — all within 10,000 years or so after they’re born. That doesn’t align with observations, given that we see plenty of old Jupiter-size planets. Clearly, something must stop this inward migration.

And Schlaufman thinks he has the answer. Protoplanetary disks that can only form planets as massive as 4 to 10 Jupiters, he argues, will have a unique characteristic: Either they have a low surface density or they’re inefficient at transporting angular momentum. In both cases, the disk would stop Jupiter-like planets’ inward spiral so that they survive long enough for us to see them.

“We have a menu of possibilities about how we can escape this migration problem,” Schalufman says. “My observation, my discovery, tells us which one of those escapes that theorists have proposed is actually the correct one.”

“That’s not crazy,” Kratter says. “There's nothing inherently or obviously wrong about that. [But] it is one of many possible solutions to the problem.”

Both Kratter and Laughlin are hesitant to immediately apply Schlaufman’s findings to migration models. (Though Laughlin’s reasoning stems from the fact that he’s not convinced migration occurs in most planetary systems — an opinion that he recognizes doesn’t jive with most of the field.) Instead, he argues the importance of the study is new evidence that there is this clean separation between Jupiter-size planets and brown dwarfs. “That's something I think we can take to the bank,” he says.

Kevin C. Schlaufman “Evidence of an Upper Bound on the Masses of Planets and Its Implications for Giant Planet Formation.” The Astrophysical Journal.

Great article, Shannon. I particularly liked Kaufmans interpretation of the issue. Now we have some baseline values that bring reason to an often heated debate. We also have a new word... Plutoed. Meaning to be demoted. Poor Clyde Tombaugh. Now he can Rip, I hope. Thanks Shannon. Graham W. Wolf at 46 South, Dunedin, NZ.

I agree about the report, good job. Exoplanets spiraling into their host stars in 10,000 years? Hot jupiters are a problem it seems, especially if they formed in situ and did not migrate. Do we live in a unique time window to observe many of these exoplanets? I note this comment - "When it comes to overarching implications, Schlaufman doesn’t stop there. He also argues that if you know the largest possible mass for a planet, you can work backwards to determine the properties of the protoplanetary disk in which it formed. “That’s really exciting because these planets are billions of years old so their disks have disappeared billions of years ago,” he says." Perhaps there is an age problem in the calculations too. We are using circular reasoning here to explain the observations, i.e. the disks existed but we do not see today.

Apologies for my misspell. Schlaufman, not Kaufman. With any controversial discussion or theory, it often pays to err on the side of caution. Let's see where future datasets lead us from here, and good luck to those who can extract such data out of the cosmos. Graham.w.wolf at 46 South, Dunedin, NZ.

Could it be that in our eagerness to find planets, we (not to mention the media) have been all to eager to say anything orbiting a star is a planet even if it was really a failed, dead, or dying star? I am glad for this potential redefinition. Perhaps discoverers of these objects ought to stick to a non-certain label ("this appears to be a planet") until there is sufficient agreement in the scientific community to say "It is a planet"?

Pluto's controversial demotion in 2006 represents just one side in an ongoing debate. Adherents of the geophysical planet definition consider Pluto and all dwarf planets to be a subclass of planets. Science is not determined by vote or decree of an "authority." It makes sense that at the upper and lower ends, the term "planet" and its use will continually change as we make more discoveries. Why do so many in the media and in astronomy blindly accept one group's self-proclaimed status as the sole "official" body that decides these things? 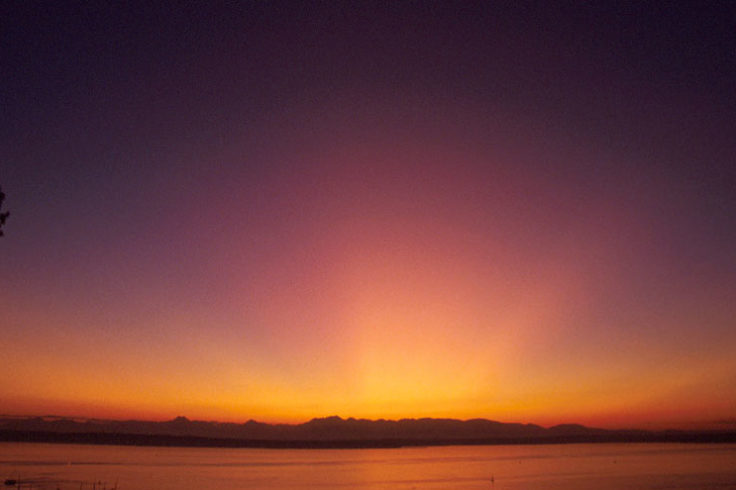