Do you dread having to clean out those rain gutters this spring? Try rethinking what it is you're cleaning. Mixed in with the muck and debris may just be a few tiny micrometeorites, debris literally from out of this world.

A recent study out of Imperial College London, the London Natural History Museum, the University of Brussels, and a group known as Project Stardust has shown a silent cosmic rain is falling just overhead.

The rain consists of micrometeoriods, small dust particles slamming into Earth's atmosphere as our planet plows around the Sun at 30 kilometers (18.3 miles) per second. Micrometeorites are notoriously difficult to study in their pristine state, but Project Stardust has been collecting the sediment from urban rooftop gutters for the past seven years in a bid to find them. And they succeeded: the recent study recovered a fascinating array of micrometeorites from the urban rooftops of Oslow, Norway and Paris, France.

To pick out these tiny needles from the metaphorical haystack, scientists first sifted through the collected debris with magnets, since most ordinary chondrite-type meteorites have a high iron content. Next, the scientists washed the remainder and then painstakingly sorted the rocks by size and shape. Finally, the final suspects are examined under a binocular microscope, where researchers looked for the luster and spherical shape indicative of ablation during atmospheric entry. Of the 500 particles collected, 48 were then embedded in resin and polished for further characterization.

The micrometeorites collected are tiny, most just 300 to 400 micron in size. The largest of them are just under half a millimeter across, barely visible to the naked eye.

The idea of “rain gutter micrometeorites” is a matter of minor controversy in meteorite-collecting circles. The idea became vogue thanks to a 1940 micrometeorite study by American meteoriticist Harvey Nininger. Howeer, later studies found that the abundance of magnetic microspherules dropped sharply away from urban areas, and modern pollution is full of metallic particulates that add a steady stream of false-positive “micrometeor wrongs,” confounding searchefforts.

Still, it's a fun and easy project to fit a bucket's bottom with an NIB (neodymium-iron-beryllium) super-magnet, place the bucket under the end of a rain gutter, and see what turns up.

In this study, the team specifically looked for micrometeorites that matched the mineral compositions of known samples, including deep-sea samples, as well as those from the South Pole Water Well in Antarctica, which also contain similar tell-tale iron-nickel and sulfide beads indicative of micrometeorites.

In addition to being the largest study to date of rooftop material, this also marks the first longterm measurement of the flux of incoming micrometeoroid dust. The team estimates that 100 tons of micrometeorite dust falls over Earth every day, with about one micrometeroid “hit” per square meter per year. Samples taken from the South Pole Water Well, Larkman Nunatak moraine, and Cap Prud'homme in Antarctica also chronicle the steady flux of micrometeoroid bombardment over the past million years.

Antarctic studies also find a subtle change in the composition of relic material as well. The rooftop study isn't carried out over a long enough timescale to confirm this result, but it can give context. “[The new study] is the only sampling of verified micrometeorites from roof tops,” says Matthew Genge (Imperial College London). “Because these are the youngest large particles, it allows us to make comparisons with those collected over a much longer period.”

NASA is also interested in the flux of micrometeoroids through the near-Earth environment. Astronauts have chronicled impacts on the International Space Station, such as one that ripped through one of the station's solar arrays in 2013. Shuttle engineers would also routinely find pits from micrometeoroid impacts on the windows of orbiters back when the fleet was in service. Spalling caused by micrometeroid impacts on the space station's exterior is also a concern, as the sharp edges of these tiny pits seen on exterior handles could easily rip a spacesuit glove.

Despite the challenges inherent in collection and analysis, Project Stardust founder Jon Larsen continues to encourage amateur urban meteorite hunters on his Facebook page. "The holy grail of the research on micrometeorites," Larsen says, "will be to find a way to separate micrometeorites from terrestrial contamination." Could urban roof-scapes one day be added to meteorite hunting hot spots, along with the windswept ice fields of Antarctica and the scorching deserts of the world?

It's strange to think that most meteoritic material is lost in the jumble of terrestrial stones and soon falls prey to erosion and subsidence. Project Stardust shows us that sometimes, exotic space rocks come to us, if we know where to look for them. 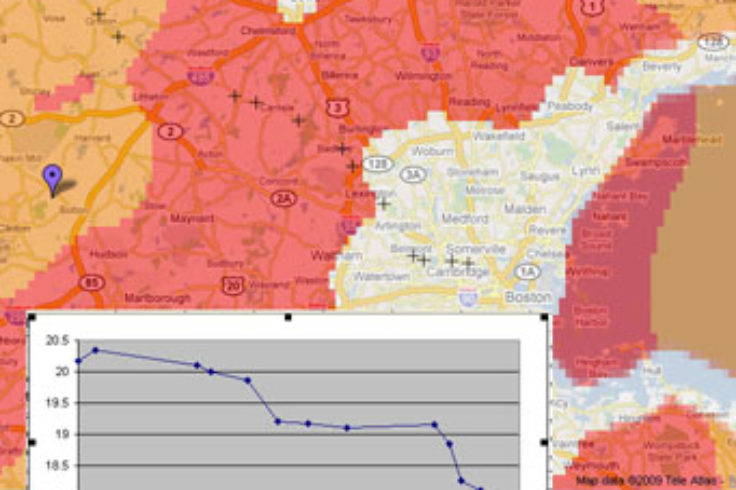