Like many people around the world, last Tuesday Wendee and I were wrapped up in coverage of Barak Obama's inauguration as the 44th president of the United States. 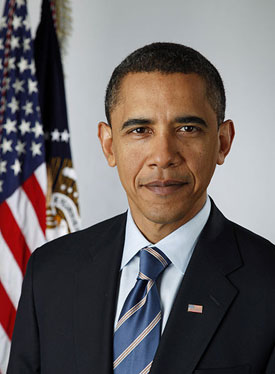 As we listened to the inauguration speech and Obama's comment that fixing our nation's woes will take all of us, we thought how appropriate this idea is for this International Year of Astronomy (IYA). At a time when much of the government's attention is being focused on the economy, motivating people to become interested in the night sky is going to be largely up to those of us in the astronomical community.

With a lifelong love of astronomy, I've seen economic downturns in the past. A recession was taking place early in 1961, shortly after I first looked through a telescope and discovered how much fun observing can be. With adults fretting about jobs and the state of the economy, I remember my dad telling me, "Everyone has a job to do, and yours is to do well in school." Regrettably, I didn't always do my "job" well. Sometimes I paid for my hours outdoors with a telescope with low marks at school.

Our current recession makes the 1961 downturn look tame. But as amateur astronomers, we can still share with others that sense of magic that brings us outdoors to look at the night sky. It's a low-cost activity, and the look on a viewer's face as he or she sees Saturn or some other "Wow!" object for the first time is beyond price. 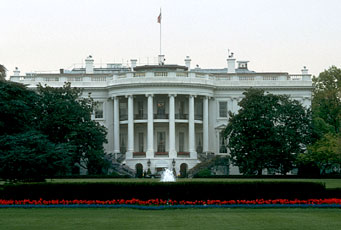 There seems to be room on the roof for a nice observatory dome.

The inauguration got me fantasizing about politics and astronomy. What if there were astronomical qualifications for holding public office? In order to be on a city council, perhaps a candidate should have some experience looking through a telescope, having spotted, say, all the Messier objects or identified 300 craters on the Moon. Maybe running for national office in the House of Representatives should require an active career observing variable stars or doing astrophotography. The Senate? How about some original contribution to astronomy being a maxim. And the presidency? A minimum of two comet discoveries should be the requirement.

Alas, such a regime would likely bestow some very capable, but thoroughly impractical leaders! Not the best way to run the world. But for those of us with our heads above the clouds, the thought is fascinating indeed.

In the real world, the IYA is getting better with each passing week. This is a great year to remind ourselves why we got into astronomy in the first place, and why we need, so desperately, to encourage that passion in future generations.

Having completed two Astronomy courses recently, something I had always had interest in and finally found time to do as a semi-retired person, I have come to the conclusion that it should be a required course for all those in seminary or otherwise preparing to become ministers of the Gospel.
In fact this country, and the world for that matter, would probably be much better off if it were required in all fields of education.
Enjoy your comments. Nice addition to the S&T site.

I'd be happy if politicians understood basic Economics, Social Studies, Government, and Civics. Critical thinking would be good also. And all lawyers should be automatically banned from Office - it's a conflict of interest.

I would really like to second both of the previous postings! It is my understanding that astronomy was part of a traditional education not more than 100 years ago. We are no longer being taught how to think and traditional subject matter is revised or no longer considered relevant.

As a former minister and very active amateur astronomer I find the melding my hobby and my gospel heritage continues to inspire and motivate me to serve my fellow man.

And yes David everyone and even our elected officials could stand a good dose of astronomy! Hurray for the IYA!

Rather than knowing astronomy, I'd settle for them just knowing some basic science -- and more importantly, knowing *how* we know these things: by careful examination of factual evidence.

Accepting that this is an important, productive way to approach difficult questions would go far toward getting us reality-based leadership. Which in recent times the country has often wildly lacked.

Very interesting idea about politics and astronomy. Congress and the States could follow Article V process of US Constitution and pass an astronomy amendment (27 currently, perhaps 28?) However, I would be glad if the political leaders just read the US Constitution and determined to uphold the oath of office they swear to before taking their position.

While reading your article, David I couldn't help think about the problem of light pollution (sky-glow in particular) and the President's commitment to rebuilding our nation's infrastructure. And I couldn't help fantasizing about someone from the International Dark-Sky Association (IDA) whispering in the President's ear, "if you build them, they will come." Anyway, that's my little fantasy.

Thank you for sharing your thoughts.

All the things that the news has said is scary. But in IYA and people trobling pocketbooks I belive I can get people intrested in astronomy. Since I loose conection to the astronomical comunity I tell people new things I read up from this site. I am also a member of the local astronomy society so I can talk to people with my same intretes. But it is my mission to help people to worry less about the job for a few short hours. I have 2 telescopes at home so maybe I can so people some amazing things like the moon up close. Who ever wrote this article it's good ya did. If anyone wants to talk to me, swing an e-mail at [email protected]. I would be intrested to talk. P.S. If I went off subject, I'm sorry.

Far more important than requiring politicians to become familiar with astronomy is getting astronomy back into the classroom as a required subject in its own right. If that were done politicians would be exposed to astronomy in the course of their education even before they became politicians. At the moment astronomy is usually only one unit in only one or a few early high school science courses, and then not included in the curriculum formally after that. As a mathematics teacher and amateur astronomer I try to introduce astronomical themes and topics whenever appropriate and sometimes even whenever not appropriate. On one occasion I had my mathematics students observe Venus in the daytime, something which they experienced as quite a novelty. It did not detract from our ventures in mathematics but simply made the class more interesting.

Including astronomy more deliberately in the high school (and perhaps even early college) curriculum is especially appropriate in view of the tremendous advances and discoveries that have been made in astronomy in the past decades, in view of the contribution that astronomy has made to the advancement of science historically, and in view of the amount of attention astronomy themes receive in the media. The public has a right to be much better informed about the subject than the present curriculum allows for.

If a president were confronted with a problem related to astronomy, it would be good if he understood, or was intelligent enough to learn.
I understand there has to be a mixing of politics with astronomical endeavors as a matter of funding, but I kind of favor a separation of politics and astronomy- like some insist on separation of church and state.
As a subscriber of about 30 years, there have been times that non-astronomical issues creeped into discussion and I have gotten rather irritated.
Once a contributing writer mentioned having a handgun handy for snakes while observing in the desert, which brought letters opposing our second amendment rights.
In another instance a writer described his joy at obtaining some property with a hill where he could clear a few trees for a great horizon all around. This brought a flurry of letters denouncing the writer for environmental insensitivity. To me this seemed a total denial of property rights.
In yet another essay it was noted those seeking out dark skies in rural areas should maybe ask permission from land owners before setting up equipment out in the field,.. or they might be confronted in the dark at gunpoint by curious landowners.
This confirmed that there may be a lack of understanding of property rights within the group of readers of the magazine.
There can be no doubt there is a rich diversity within the group of people interested in astronomy. We all need to keep that in mind. If we dwell on that which divides us, than we shall divide further.
I suggest we concentrate on that which unites us - matters astronomical, and tread carefully when we stray into the area of politics.