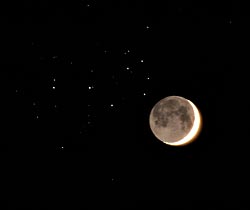 The earthlit crescent Moon sneaks up on the Pleiades in this illustration.

A special celestial event is coming up on Saturday evening, April 1st, for anyone in the eastern or central part of North America. That evening, if the sky is clear, you can watch the waxing crescent Moon eclipse, or "occult," a number of stars in the Pleiades cluster during and after dusk. The Moon will be in the western sky. You'll have a decent view with your unaided eyes if your vision is sharp, but a pair of binoculars will do much better. And if you have a telescope, now is certainly the time to get it out!

All you really need to do is just keep watch the Moon from twilight until the Moon sinks too low in the west to follow. You'll notice right away that the Moon is next to, or among, the stars of the Pleiades. Optical aid will also show the Moon's dark, night side dimly visible by earthshine: the light of Earth's daylit face lighting up the Moon's night landscape.

As time goes on, you'll see that the Moon's dim earthlit edge is creeping eastward toward the stars it's facing. Eventually, with a little luck, you'll see the edge approach a star until the star seems to hang right on it like a tiny white fire on the Moon. Then suddenly — instantly — the star will snap out of view. You've just witnessed a lunar occultation (from the Latin word occultare, to hide). 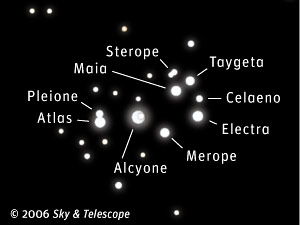 The brightest Pleiades stars all have proper names. The Moon will appear considerable smaller than the cluster: about as wide as distance from Merope to Celaeno. According to Greek mythology the Pleiades were the seven daughters of Atlas and Pleione. Like proud parents admiring their children, Atlas and Pleione shine to one side of the core group.

The Moon moves by about the width of its own diameter per hour against the background stars. So the occulted star reappears out from behind the Moon's other, sunlit edge up to an hour or so after disappearing. But the reappearances are much harder to see, since they happen in the bright glare of the Moon's daylit side. For these you really need a good telescope.

More on this beautiful event appears in the April issue of Sky & Telescope.

Detailed time predictions for for hundreds of cities and towns are on the International Occultation Timing Association's Web site; look under "Upcoming Notable Events." Only predictions for the brighter stars are given there; elsewhere on the site are predictions for 40 selected North American cities for some additional events.

The Value of Occultations

Astronomers have tracked occultations for centuries. Aristotle told of the Moon covering Mars on April 4, 357 B.C. — proof that Mars was farther away than the Moon. The suddenness of star occultations offered the first proof that the Moon has no air and therefore cannot support life. If the Moon had an atmosphere, stars would gradually dim as the Moon's edge approached them, the same way the setting Sun dims before it reaches Earth's horizon. Scrutinizing an occultation in 1843, Friedrich Wilhelm Bessel found that a star's light rays did not bend at the Moon's edge by any amount he could measure — a sign, he calculated, that the Moon has no more than 1/2,000 as much air as Earth.

For many years, precise timings of occultations gave the most accurate fixes available on the Moon's orbital motion. Also, many close double stars were first discovered by their "stepwise" occultations. In such an event, the star drops out of sight on the Moon's edge in two distinct steps, as first one star of the double is covered, then the other -- even though the stars are so close together that they may look single even in the largest telescopes.

Most of these scientific uses for occultations have been superseded by other, more modern techniques. But amateur astronomers still go on expeditions to time grazing occultations: when the Moon's edge barely skims a star sideways. During such an event, the star may flash in and out of view several times as lunar hills and valleys slide silently across it. Timings of grazing occultations are still valuable for mapping the Moon's profile very accurately.

During the April 1st Pleiades event, 18 grazing occultations of stars that are magnitude 7.5 or brighter will crisscross eastern North America. People who can travel with a telescope to within a mile of one of these lines will be able to see the star disappear and reappear several times along the Moon's northern or southern edge. Of special note will be the northern-limb grazes of 4th-magnitude 19 Tauri (Taygeta) and 20 Tauri (Maia), and the southern-limb graze of 3rd-magnitude Eta Tauri (Alcyone, the brightest Pleiad). These three paths are shown on page 71 of the January Sky & Telescope.

The graze of Taygeta has special interest following claims in 1969 by Robert Sandy and Harold Povenmire that the star was a close double; they visually observed gradual dimming phenomena and step events during the multiple contacts of a grazing occultation that year. The star is known to be a spectroscopic binary; the 1969 observations resolved it directly for the first time. Photoelectric occultation records showed the components to be magnitudes 4.6 and 6.1 with a separation of up to 0.04", depending on where in the 3.6-year orbit the companion happened to be. Video recordings of the April 1st occultation could determine the pair's current separation and position angle — which, when combined with the spectroscopic and other data, should allow a better determination of the pair's 3-D orbit in space and thus each star's mass.

Especially useful will be observations of the graze of Taygeta across Alabama, Georgia, and southernmost South Carolina, since the shallow-slope contacts will give the best resolution. Also, multiple contacts during a graze will occur at a variety of angles, giving several different fixes on the binary star's separation and position angle.

Povenmire (Katiegraze1[at]aol[dot]com; 321-544-5658) and Roger Venable (rjvmd[at]knology[dot]net) plan to lead an expedition to observe this graze near Statesboro, Georgia. They would like help, since the detail of the lunar profile and the quality of the stellar parameters will be proportional to the number of observers.

Another spectacular graze, also visible with good binoculars, involves 20 Tauri across Ohio (just north of Columbus) and Mid-Atlantic states, including the northern suburbs of Washington, DC. To join an expedition there, contact David Dunham at dunham[at]starpower[dot]net or 301-526-5590.

Alcyone, though brighter, will present a more difficult graze among sunlit lunar features, so at least a small telescope is needed. The Alcyone path passes over the Houston and Miami areas.

Among the many other cities that bright grazes go near are New York, Philadelphia, Halifax, and Jacksonville.

Charlie Ridgway in New York City has produced interactive Google Maps overlays of all of these paths (if one browser doesn't work try another). You can use it to zoom in to see the graze lines plotted in great detail on maps and aerial imagery of your area. 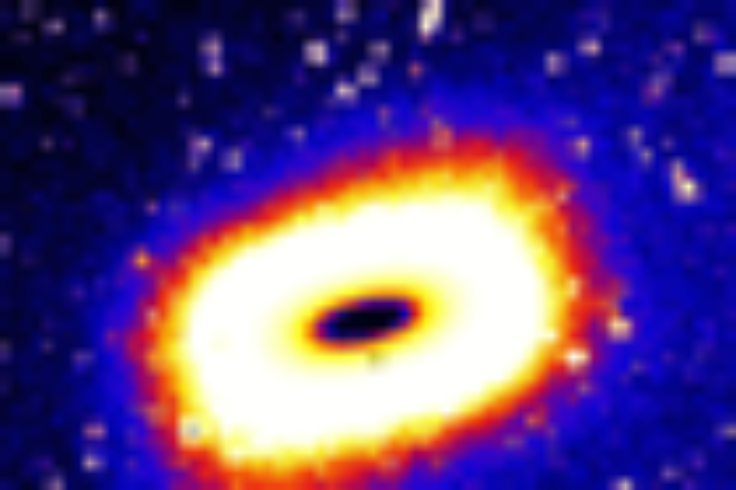 An Emerald-Cut Diamond in the Rough 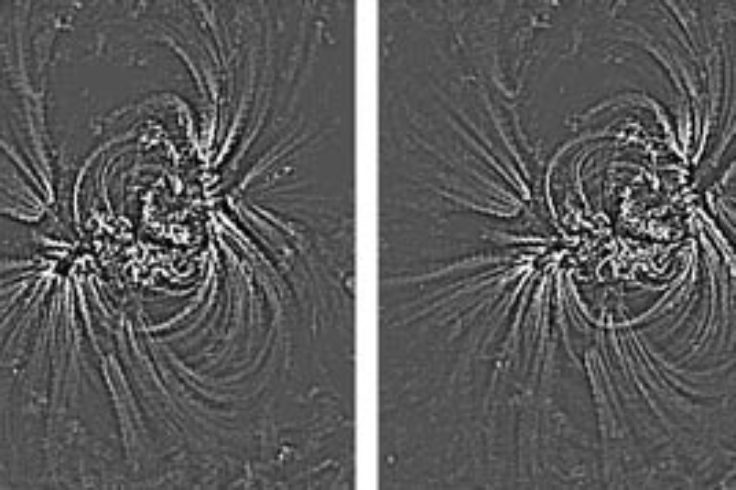