Summer ushers in waves of “night-shining” clouds at dusk and dawn. Sightings have become more frequent in recent years, possibly due to climate change.

Clouds aren't usually what we're looking for when we tote our telescopes out at night, but most of us would make an exception for these. Called noctilucent — literally, "night shining" — clouds they unfurl across the northern sky in electric-blue bands, undulating ripples, and fibrous tendrils long after sunset when other clouds have ceased to glow. While still relatively rare their frequency has increased in recent years.

Noctilucent clouds (NLCs) are the highest and most enigmatic of our planet's cloud forms. They form 51 miles (82 km) up in the mesosphere, an extremely cold atmospheric layer just above the stratosphere, and appear at both dusk and dawn 1 to 2 hours after sunset or before sunrise. Their great altitude means they still catch the Sun's rays even in deep twilight.

NLCs are also seasonal, showing up in late May and departing by mid-August in the Northern Hemisphere, with a peak around the time of the summer solstice. Comparably, in the Southern Hemisphere noctilucent cloud season lasts from November to February. Although primarily visible between latitudes 50° and 70° north and south, in the Northern Hemisphere the clouds have nudged equator-ward in recent years with sightings as far south as Kansas, Colorado, and even Los Angeles, California.

Cirrus, the highest of the common clouds, form starting at around 20,000 feet (6 km) near the top of the troposphere when water condenses as ice crystals on dust, salt, soot, and other aerosols including synthetic pollutants. Noctilucent clouds, by contrast, are part extraterrestrial. Water vapor wafting up from the lower atmosphere — aided by atmospheric gravity waves — condenses as minute ice crystals on meteor "smoke," the sooty debris left by meteoroids burning up in the atmosphere. Sulfur-rich volcanic gases lofted by volcanoes may also serve as a secondary source of condensation nuclei.

As counterintuitive as it sounds, conditions are best for NLC formation within a few weeks of the solstice because the mesosphere experiences its coldest temperatures at that time. The little water vapor that climbs to that altitude saturates the rarified air, making it an ideal environment for cloud condensation.

When and where to look

Across northern Europe and Canada night-shining clouds can cover large swaths of the northern sky, but from mid-latitudes like those in the U.S. you'll need a good northern horizon to spot them. From my perch at 47°N in Duluth, Minnesota, I normally see a display or two per summer. They probably occur more frequently, but it's not easy to arise every clear morning at 4 a.m. to check. Evenings are easier!

Noctilucent clouds typically appear in the bottom 20°–25° of the northern sky (often lower from my location) about the same time the stars begin to show. From many mid-latitude locations the best time to look for them is between 9:30 p.m. and 11 p.m. I keep a regular vigil from 10 p.m. to 11 p.m. and typically see the clouds hovering low in the northwestern and northern sky near the stars Capella, in Auriga, and Castor and Pollux, in Gemini.

Noctilucent clouds can appear stringy, rippled, and layered, but what really catches the eye is their otherworldly blue glow, a color imparted by the ozone layer, which absorbs red and orange light reflected by the clouds, tinting them blue. For great examples of their varied appearance check out the Royal Astronomical Society of Canada's Noctilucent Clouds guide.

Bring a camera to record their ephemeral beauty as well as to confirm that what you're seeing really are NLCs and not patches of cirrus, which they resemble. I've been doing nightly checks between June 9th and June 16th and have observed noctilucents on three occasions already. The June 9th display was bright and obvious while the others appeared faint and delicate.

First noticed in 1885, NLCs used to be something you'd only see in far northern regions but ground-based and satellite observations have shown that they've not only become more frequent but they've also expanded southward in recent decades. Some researchers think it's due to climate change caused by increasing amounts of the greenhouse gases CO2 and methane released into the atmosphere.

Methane can make its way into the upper atmosphere where it combines with hydroxyl ions (-OH) to form additional water vapor. More water vapor means more water available to condense into NLCs. Carbon dioxide, while notorious for heating the lower atmosphere, has the opposite effect in the mesosphere, acting as a cooling agent by emitting infrared radiation.

"The NLCs are very sensitive to both temperature and water vapor and they like cold and wet conditions," wrote Lynn Harvey, research scientist at the Laboratory for Atmospheric and Space Physics (LASP), in an e-mail communication. "Every degree makes a big difference in the amount of clouds observed at a given location."

The solar cycle gets into the act, too. Ultraviolet (UV) light from the Sun heats and puffs up Earth's outer atmosphere during solar maximum, but a decrease in UV at minimum leads to atmospheric cooling. Harvey thinks that the current solar minimum may be partly responsible for the extremely cold conditions recorded in the mesosphere this year and last. Bitter cold coupled with increasing water content might be the reason why we're seeing earlier and more frequent displays.

Recently, German photographers Michael Theusner and Maciej Libert attempted to tease out the 3D structure of the clouds. On June 7, 2020, they simultaneously photographed the same clouds from two cities 120 kilometers apart and then re-projected the images as if viewing the display directly overhead. To see the clouds in three dimensions look at the photo above with a pair of red/cyan glasses or click here for side-by-side images that you can merge into a stereoscopic view by relaxing and crossing your eyes.

Observers are encouraged to share their observations of noctilucent clouds with the NLC CAN AM, an observing network that's been collecting sightings of NLCs since 1988. If you spot them, fill out this form and send it to Mark Zalcik (bgg_skymerchant@hotmail.com). Given their increased frequency and spread it's worth your while to keep watch no matter your latitude. You'll find more great photos and information at the Noctilucent Cloud Observing Network.

Clear night ahead? Plan a vigil for these twilight spirits that hover at the edge of space, of this Earth and yet not.

Thanks Bob. Is there a consistent relationship between an observer's latitude and how high noctilucent clouds appear in the sky? It would seem that there must be some southern limit where the clouds would be hidden below the northern horizon. Also, how bright are they? How dark does your sky need to be to have a chance of seeing them?

What I'm really asking is, should I bother looking north from a hilltop in San Francisco, 38 degrees north latitude, or should I just look at pictures? 😉

Great questions as usual, Anthony. There is a relationship but I don't know if it's consistent in all cases. In general they're much higher, more frequent and brighter north of ~50° N and irregular and considerably lower south of that latitude. From my own experience here at 47° N they're generally quite low — within 15° of the northern horizon or lower, but I've noticed clouds this season as high as 25°. They vary in brightness, too. Some displays are very obvious (June 9) but others are much fainter, requiring me to scan back and forth across the sky to be sure they're there. That's why I always bring my camera. To answer the million-dollar question about whether you should bother from 38° N I can tell you that displays will be very infrequent but possible. My advice is to study all the photos you can find (follow those two links I provided as a start) so you can be ready to identify them when that day arrives.

Thanks Bob. I enjoy looking at clouds, it's a consolation when we can't see what's on the other side. If we looked through an eyepiece and saw the colors and shapes of a bright pink and orange sunset, it would knock our socks off.

If I see any I'll let you know.

Anthony,
I'd love to hear if you spot them. If so I would include your observation in a future article.

Great article about these fascinating almost extraterrestrials. One correction. The nuclei for these magical wisps, I believe, have to be freezing nuclei. Below -40 F, there are no supercooled water droplets, only ice crystals. So think the cloud formation from trace amounts of water vapor at those altitudes, would be by sublimation, not condensation. Sort of why only see ice at Mars, no cumulus clouds there. Thanks for nice article and some excellent images. Hope to see some next year in trip well north, although August may be late.

Hi Robert,
Thanks for your kind words about the article. To address your observation: Sublimation occurs when a solid turns into a gas without first melting into a liquid. Are you saying that the clouds form when ice crystals at that altitude sublimate? The way I understand sublimation is the opposite. It would cause a given cloud, composed of ice-coated nuclei, to disappear as the ice sublimated. Or am I missing something? The sources I used to research the article — both popular and scientific — indicate that meteoroid particles, volcanic aerosols and hydrated ions (perhaps a combination of the three) are the likely sources of the condensation nuclei for water vapor / ice in noctilucent clouds.

Bob,
Thanks for quick response and a correction of mine. Yes, sublimation is freeze/ice phase to gas phase. Gas/water vapor directly to solid/ice is “deposition”. Think most folks think “steam” is water vapor. It is not a gas, it’s liquid until it disappears in air. This stuff is confusing. The nuclei for the gas-solid phase, I would still say it is a freezing nuclei, not condensation nuclei since no liquid phase. Charge on.

Hi Robert,
Yes, I would agree with you there that the water must freeze directly on the nuclei, no liquid phase involved.

Thank you for the article about this fascinating elusive phenomena. I also recently learned that sprite and jet lighting occur in about the same level of the atmosphere-40 to 100 km.

Thank you, GC. Yes, there's a lot going on where the air is thin!

Bright noctilucent clouds were observed in London England on June 20: 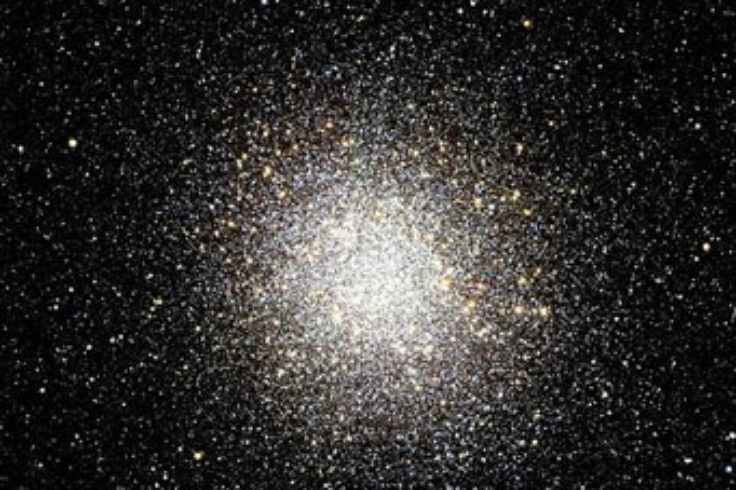 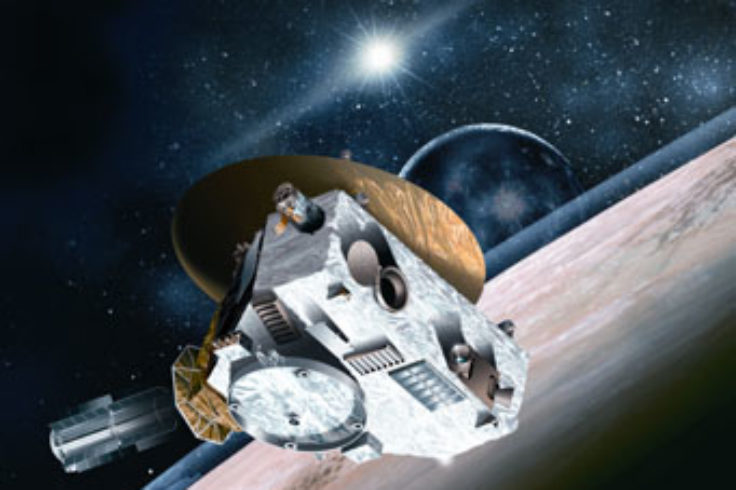 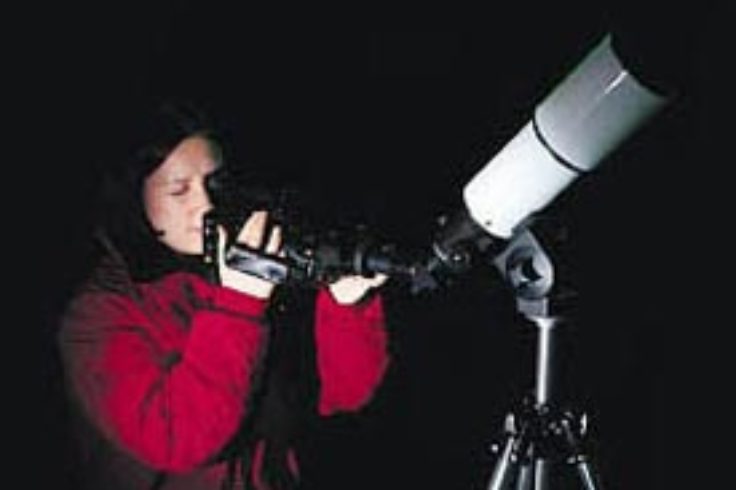 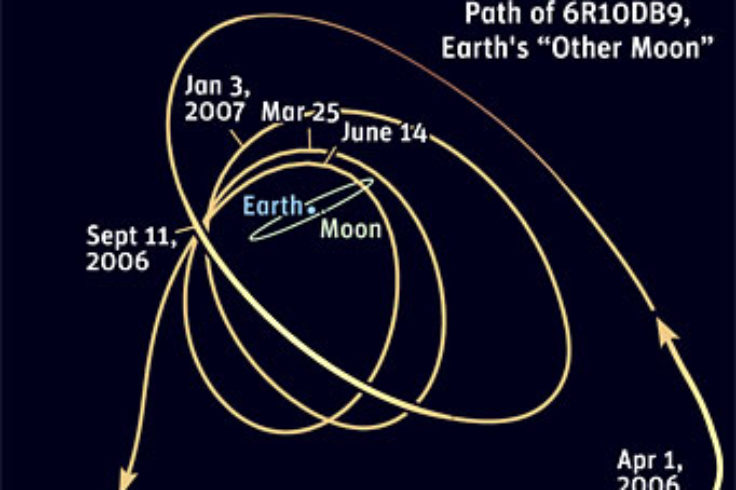