How often have you wished you could get a look at some nebula or galaxy from a different angle? It'll never happen, unless we build faster-than-light spaceships that can flit across interstellar or intergalactic distances. But ingenious astronomers report a partial form of success at getting new camera angles using a different method: hunting for "light echoes" from a 330-year-old supernova. 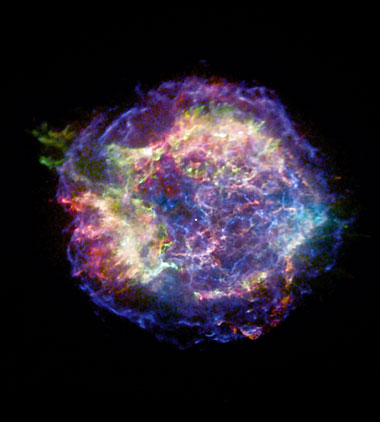 The supernova remnant Cassiopeia A, imaged in X-rays in 2007. Low-energy X-rays are shown in red, intermediate energies in green, and high energies in blue â€” the same way we see the different wavelengths of visible light.

Cassiopeia A, about 11,000 light-years away, is the expanding remnant of a star that exploded around the year 1680 as seen from Earth. It must have shone brightly for a few weeks at most, so you can imagine a spherical shell of light expanding away from the explosion site. The shell of light is now more than 11,000 light-years in radius but no more than a few light-weeks thick. When the shell washed over Earth, we saw the event (or would have if light-absorbing dust weren't in the way).

But also picture this: the explosion was bright enough to visibly illuminate dust clouds as much as several hundred light-years away from it. We see a few of these clouds lighting up right now, 330 years later, wherever the total travel path of the light — from supernova to cloud to us — is 330 light-years longer than from the supernova directly to us.

At any given moment, we will see light echoes from whatever reflective clouds happen to lie in a long, narrow, ellipsoidal shell, with the supernova site at one focus of the ellipsoid and us at the other focus. As time goes on this ellipsoid expands, as in the animation at right, and it intersects new dust clouds as it does so.

Of course, clouds very far from the supernova will be lit up too weakly by it for us to notice. But astronomers using the 4-m Mayall Telescope at Kitt Peak in Arizona were able to catch several light echoes from Cas A even at this late date, as in the example shown below. And by using one of the 10-m Keck telescopes in Hawaii, they were able to obtain spectra of the explosion itself as replayed in this reflected light.

Catching a wispy light echo from the Cas A supernova. The left panel is a reference image, and the middle panel shows the same field of view at a later time. The right panel subtracts the first from the second, showing any differences between them. The light echo in the second image pops out. The little blue rectangles show the positions and sizes of areas chosen for spectroscopy of the reflected supernove light. Click image for more examples.

And the spectra showed something most interesting. The supernova blast was not symmetrical.

In one direction, as revealed by blueshifted spectral lines, stuff expanded outward from the blast site some 4,000 km per second faster than it did in other directions. Moreover, this high velocity occurred in more or less the same direction as a jet visible in a 3-D reconstruction of the supernova remnant that we reported on last year. The 3-D imagery showed that the star’s outer layers, which contained most of its mass, were ejected in a spherical fashion — while the star’s inner core blasted out in a flattened plane, including an especially high-velocity jet that may have been directed along the progenitor star’s rotation axis.

And indeed, the neutron-star remnant of the stellar core is, today, flying at least 350 km per second in the opposite direction — apparently kicked by the asymmetric blast.

Here is the researchers' paper about their project, and here is a Center for Astrophysics press release about it.

Advanced amateurs too can join the hunt for supernova light echoes! The method is the same as shown in the trio of images above. See the June 2008 Sky & Telescope, page 28, or our online summary of that article.

This is one of the most interesting new types of observations that I have read about for a long time. Light echos are not new, of course, but using their spectra to obtain new astrophysics about the source is exciting indeed. The echos are still so strong after 330 years that we should be able to keep observing them for centuries to come, especially as telescopes get bigger and detectors get more sensitive.

It's like radar in reverse in that we are learning about the properties of the transmitter (SN) instead of the target (IS clouds). And the receiving antennas (telescopes) are remotely located from the transmitting antenna (SN).

I had to read that twice before realizing the 'shell of light' radius did not correspond to the radius of the remnant in Xray... In case anyone else got that confused, the width of the remnant is ~13-15 light years (~7 ly radius). 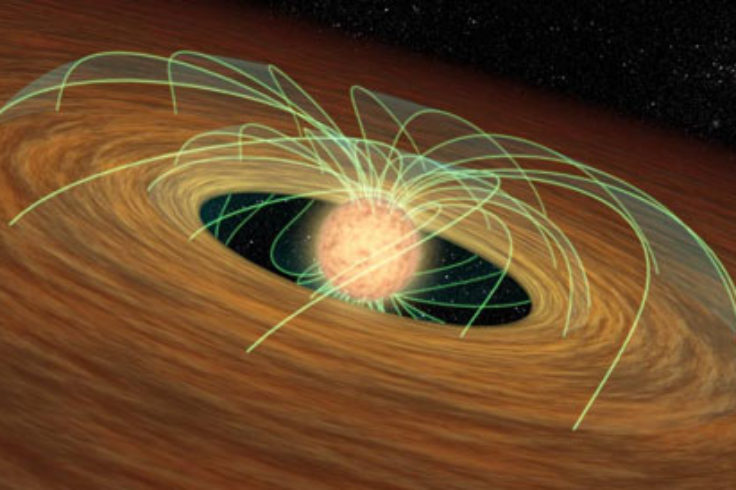 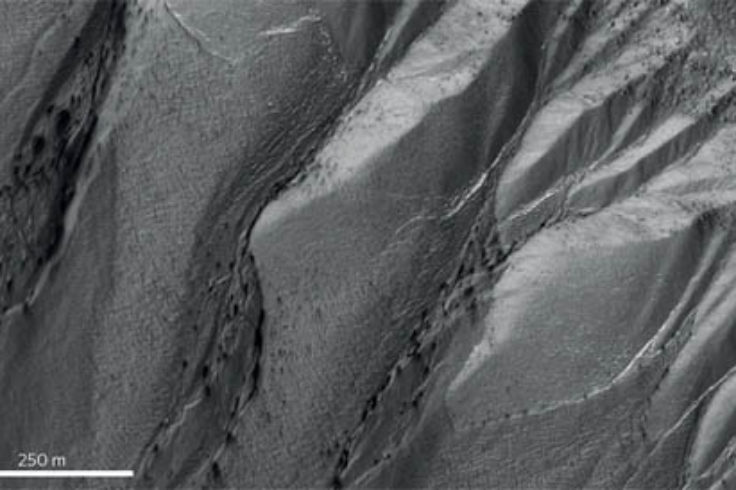 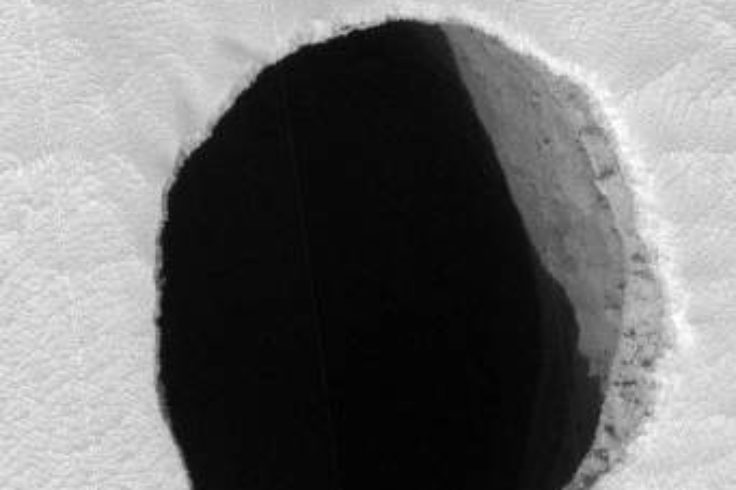