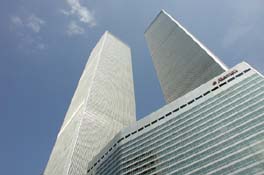 Astronomy and all of science, at their best, embody the finest aspects of the human race — and its grandest hopes for an enlightened future. Guided by such thoughts, a committee of the International Astronomical Union has announced its memorial of the events of September 11th. Sky & Telescope senior editor Dennis di Cicco took this photo of the World Trade Center towers 13 days before the attack.

Following the terrorist attacks on the United States last
month, the committee of the International Astronomical Union responsible
for naming asteroids has announced the following, in the October 2nd
Minor Planet Circular:

"The terrible events three weeks ago today have prompted
several correspondents to propose that minor planets be named to honor
the victims. Deeply sympathetic to this desire, but as an independent
action, the IAU Committee for Small-Body Nomenclature has unanimously
agreed to name three minor planets for concepts that represent some
of the most basic and universal human values. The resulting names and
citations, on MPC 43684, for the consecutively numbered minor
planets (8990), (8991), and (8992), which were discovered at observatories
on three continents, are intended as a positive statement abhorring
the tragedy that occurred on a fourth.

"(8990) Compassion = 1980 DN
Discovered 1980 Feb. 19 at the Klet Observatory.
Named by the Committee for Small-Body Nomenclature to honor the compassion
of people around the world for the friends and families of the victims
of disasters, exemplified by the terrorist attacks on New York and Washington
on 2001 Sept. 11, with the hope that they will overcome their sorrow.

"(8991) Solidarity = 1980 PV1
Discovered 1980 Aug. 6 at the European Southern Observatory.
Named by the Committee for Small-Body Nomenclature to honor the solidarity
of people around the world with both victims and survivors of terrorist
attacks like those on New York and Washington on 2001 Sept. 11, in the
goal of eliminating terrorism from the world.

"(8992) Magnanimity = 1980 TE7
Discovered 1980 Oct. 14 at the Purple Mountain Observatory.
Named by the Committee for Small-Body Nomenclature to honor the magnanimity
of people around the world in dealing with terrorist attacks like those
on New York and Washington on 2001 Sept. 11, in the hope that terrorism
will be countered with justice for all, not with revenge." 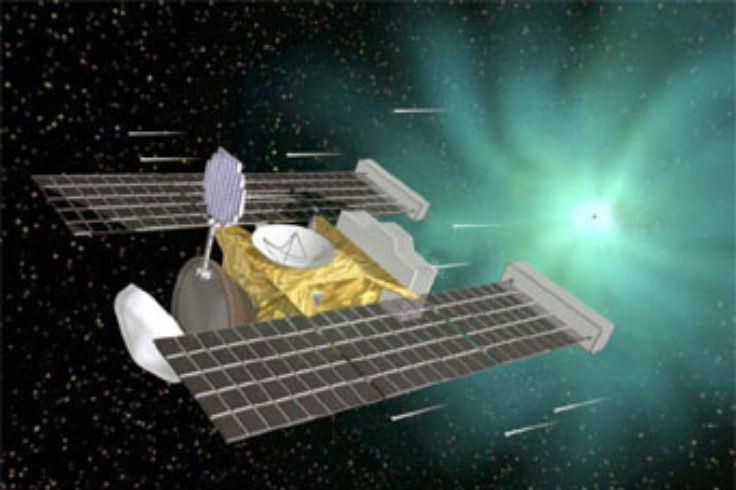