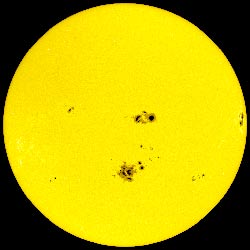 Sunspots are the most visible sign of the 11-year ebb and flow of the Sun's magnetic activity. According to a new predictive model, the magnetism that creates spots like these (photographed on October 29, 2003) was amplified years before in material 200,000 kilometers below the Sun's surface.

Scientists at the National Center for Atmospheric Research (NCAR) in Boulder, Colorado, have declared a breakthough in understanding our Sun's 11-year activity cycle. And they are using their new model to make predictions: that the next solar cycle will be 30 to 50 percent stronger than the one now ending, and that it will begin 6 to 12 months late.

Team leader Mausumi Dikpati described the group's findings at a March 6th NASA press conference. "For the first time we can predict the strength of the 11-year solar activity cycle based on the underlying solar physics," she said. The breakthrough came from recognizing a slow, large-scale circulation pattern involving much of the Sun's bulk. In addition to other, smaller-scale motions, solar material flows in a huge, slow "conveyor belt" from near the Sun's equator toward the poles, then sinks down to the bottom of the solar convection zone 200,000 kilometers (124,000 miles) deep. There it flows back toward the equator by a mere 1 meter per second, then rises back up to complete the loop. 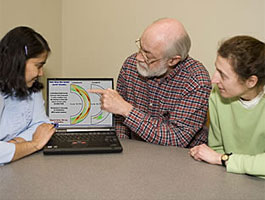 Even though sunspots don't last long on the surface, when they break up they leave magnetic traces embedded in the near-surface material. When this material sinks down to the bottom of the convention zone, the Sun's differential rotation at that great depth stretches the remnant magnetic fields east-west, thereby strengthening the fields (drawing on the Sun's rotational energy). When the newly strengthened embedded fields get carried up again, they become the seeds for a new solar cycle.

The scientists based their model on helioseismology studies of motions in the Sun's interior, along with records of the last 12 solar cycles going back to 1880. Their model successfully simulates the timing and strength of the last eight cycles. "So we have confidence in predicting the future," Dikpati said. 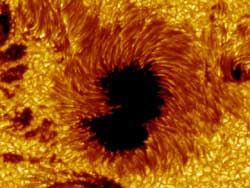 Closeup of a sunspot. This image, taken by the Swedish 1-meter Solar Telescope on La Palma in the Canary Islands, resolves details as fine as 0.1 arcsecond wide thanks to an advanced adaptive-optics system.

The last sunspot cycle peaked in 2001–2002; we're now just about at sunspot minimum. The team predicts that the first spots of the next cycle won't appear until late 2007 or early 2008. By contrast, solar physicist David Hathaway (NASA/Marshall Space Flight Center) offered a competing prediction at the press conference, based simply on past observed trends: that the new cycle will begin late this year or in early 2007. If the new prediction beats the old empirical one, it will be strong evidence that Dikpati's group has correctly figured out the solar cycle's basic physical process.

Solar activity — sunspots, flares, coronal mass ejections, and other violent magnetic events on the Sun's surface — has many effects on and around Earth. Solar outbursts interfere with radio communications, cause auroras to light the night and electricity to surge in power lines, threaten satellites and astronauts with high-energy protons, and degrade the accuracy of GPS systems. Therefore, accurate solar forecasts are highly valued. "This is going to help us answer questions about space weather that we get asked all the time," commented Joseph Kunches, chief of the Forecast and Analysis Branch of the NOAA Space Environment Center.

The research appears in Geophysical Research Letters for March 3, 2006. A press release and images are also available.

Past observed sunspot cycles (top) closely match predictions of solar magnetic activity from the new model of the Sun's internal dynamics (bottom). The red lines at right indicate the model's prediction for the coming cycle, due to peak around 2012.

Does This Neutron Star Confirm an 80-Year-Old Quantum Prediction? 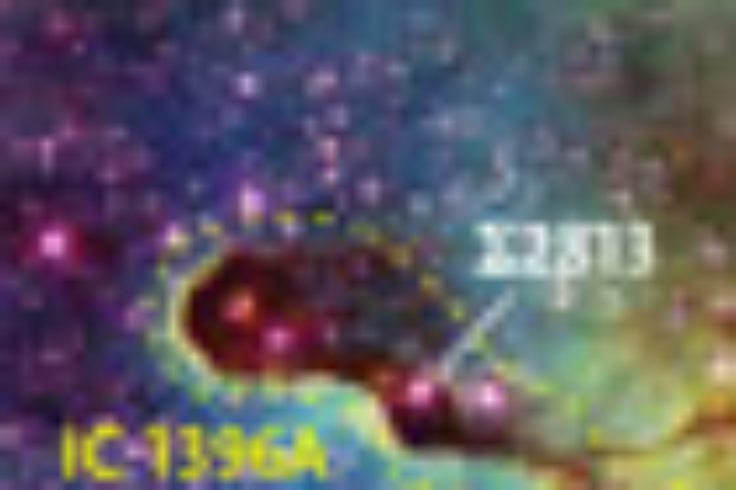