Astronomers Without Borders wants to equip children across Africa with the solar shades they'll need to see September 1st's annular eclipse. Here's how they'll do it.

With just over a year to go, excitement is building for next year’s total solar eclipse that will cross the continental U.S., and plans are already afoot for this unprecedented opportunity for science education for schools and the public.

But other solar eclipses will occur before then, and while they’re not total, they provide teaching opportunities where the need is particularly acute. On September 1st an annular eclipse – with a thin ring of the Sun peeking past the lunar disk – traverses Africa. The ring of fire will be visible in a thin path from Gabon on the Atlantic to Mozambique at the Indian Ocean and across the island nation of Madagascar. But almost the entire continent will see a partial eclipse.

Despite few well-equipped science labs in schools, the eclipse is a great science opportunity provided gratis by the natural laboratory of the cosmos. That is, if the schools are prepared to take advantage of it.

Enter the crowdfunding campaign organized by Astronomers Without Borders (AWB) to send tens of thousands of safe solar viewing glasses to schools in countries across Africa. With contacts for distribution vetted by the American-based international organization, glasses will be sent to national representatives and distributed to schools in each country’s network.

The campaign follows a smaller effort for the total eclipse in 2013. Chuck and Sue Ruehle, of AWB’s Telescopes to Tanzania program, returned to the country that year with hundreds of eclipse-viewing glasses in hand. Students and teachers alike came to school on a Saturday when they heard they the couple was there because, they said, “We want to be scientists too.” That day they gazed at the Sun for the first time and contemplated what the Sun is and what it’s like.

Ryan Lemon, a Peace Corps volunteer who teaches physics in Tanzania, is excited about the rare opportunity coming up in September. His students have never been on a field trip, and the school’s lab is poorly equipped.

“If my students can get these glasses, it would be like the laboratory and the field trip have been brought to our backyard,” he says. “It's so rare that an experience like an eclipse will be visible from your school, and is really a great opportunity to give these kids the experience of a lifetime. They have the chance experience a real application of the physics they learn in the classroom, on a monumental scale.”

Campaigns like this depend on many supporters giving what they can. Each U.S. dollar raised will provide a pair of solar glasses that will allow a child to witness one of nature's most amazing cosmic spectacles, providing a unique science learning opportunity that could spark a lifelong interest in science. Thirty dollars provides glasses for a classroom. A hundred dollars will supply a grade, and $500 a small school.

The Astronomers Without Borders solar eclipse glasses campaign can be found on Fiat Physica.

Do this in the USA and if just one kid uses them improperly and has eye damage or thinks he did and you will be sued for ten million dollars, and lose.
I offered to buy a whole first grade class eclipse viewers for the August 2017 eclipse and the teacher declined for fear just one complain would cause her her job.

Justin,
These glasses from Rainbow Symphony are CE rated, extraordinarily safe and pose absolutely zero safety risk to anyone wearing them for any length of time to look directly at the Sun or at an eclipse.

Mike and I are friends and both run astronomy nonprofits. I have personally given away over half a million pairs of these glasses in the last 10 years through my nonprofit, The Charlie Bates Solar Astronomy Project, in 27 countries worldwide including the US. We have never had a single complaint from anyone about vision damage and never been sued by anyone or any group. If we were to be sued, no judge on Earth would support the notion that these glasses were somehow dangerous.

What is damaging to the science and the hobby is people spreading these fears of perfectly safe solar observing equipment to an all to willing populace that would rather embrace fear than knowledge.

It was not my intent to question or disparage the glasses or the very charitable contribution. My comment was to emphasize that the US legal system would make this very risky. One stupid person who acted incorrectly could cause monumental economic damage. Even in winning a lawsuit, one loses because of the cost of self-defense.

One day around 1962 or 63 there was an eclipse of the sun. If I recall correctly, it was about 60% total where I lived. There was a lot of hysteria on the radio about not looking at it or you would go blind. A buddy and I watched it through a piece of welding glass. We horsed around a bit with our eyes squinted closed, saying, “I knew that filter was no good!” Later, an hour or so after the eclipse was over, a car from New York stopped at the store where I worked. The man wanted sunglasses for himself, his wife and their two children. He commented that he wanted to protect them from the eclipse. “But the eclipse is over,” told him. “Yeah,” he replied, “But there is still a big ball of fire up in the sky.” I resisted the urge to say, “You mean the sun?”

If it's a school day when the eclipse happens, have your kid be sick that day, so s/he gets to see it under your supervision. Teachers won't let the kids outside, even if someone pulls a fire alarm, for fear of evil solar radiation and job loss.

This is a great campaign. I hope every Sky and Telescope reader who can spare two dollars (or more!) will help Astronomers Without Borders make this happen.

Thanks Anthony for your support.

Justin and others, there is plenty of bad information that leads people to think there's no safe way to look at the Sun. And the fear of liability is real in the US.

But there are a lot of people and organizations working very hard to inform the schools and the public about this great opportunity and to get them involved. And many, many schools across the US will be using these glasses to safely view the partial phases of the eclipse without worries about being sued. Astronomers Without Borders will be one of them, focusing on schools in under-served communities in the US like inner cities, isolated rural areas, Native American reservations, military installations, children's hospitals, and so on.

So take heart! Millions of kids will be viewing the eclipse in the US next year. For those in schools that aren't properly educated I'd first give them authoritative information so they can act appropriately. If that doesn't work -- and there will be some -- then Robert's suggestion might be the only way to go. 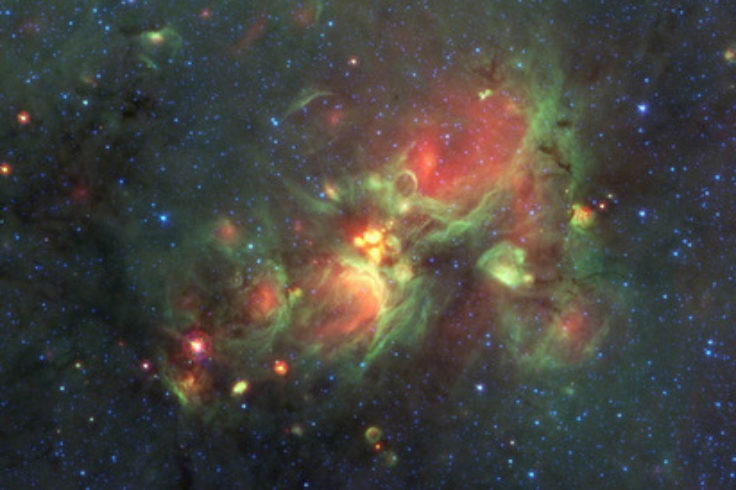 Earth's Magnetosphere: On the Ropes