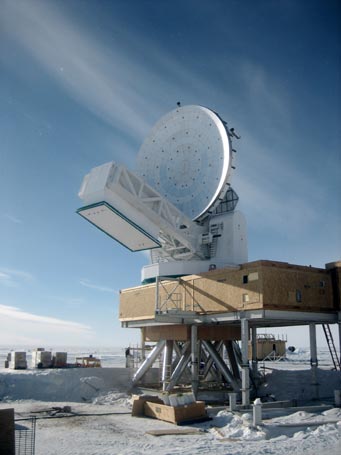 On February 16th, at the bottom of the world, engineers pointed a newly built telescope toward Jupiter, cooled its detectors to an unfathomable ¼° above absolute zero, and collected "first light." The South Pole Telescope (SPT), a mammoth dish 10 meters (33 feet) across, was first built and assembled in Texas. Then all 280 tons of it were broken down and sent by ship to New Zealand. From there each piece was flown to the Pole. Now complete, the SPT is the third — and the largest — telescope at the South Pole.

Scientists are now testing and adjusting its systems to smooth out any kinks before they start gathering observations at millimeter and submillimeter wavelengths. It's working very well so far, says the SPT project leader John Carlstrom (University of Chicago). Two scientists will remain at the South Pole during its austral winter to fine-tune the instrument, sending data via satellite almost every day to about 15 SPT researchers to aid the debugging effort. In a few months, scientists hope to begin the SPT's main project: measuring minuscule variations of temperature in the mostly uniform Cosmic Microwave Background radiation (CMB) that indicate the presence of galaxy clusters in the early universe.

"The telescope funnels photons from the CMB down into the detector," says project member John Ruhl (Case Western Reserve University), capturing the ancient light in three wavelength bands beyond the visible spectrum. Scientists will map these variations in brightness at fine spatial resolution — around 1 arcminute — in order to find new, much more distant, clusters of galaxies. Then, by comparing the redshifts of these clusters — some of which contain tens of thousands of galaxies — scientists will study how the clusters evolved, determining if and how the theoretical dark energy fits into the picture.

"With the telescope, we will definitely prove or disprove the existence of dark energy," says Antony A. Stark (Harvard-Smithsonian Center for Astrophysics). Scientists suspect that dark energy is responsible for the expansion of space and is getting stronger with time. With information from the SPT, scientists can test mathematical models of the universe, determining, for example, if Einstein's cosmological constant is actually dark energy.

The South Pole is ideal for viewing long-wavelength cosmic radiation, due to its combination of 3,000-meter (10,000-foot) elevation and lack of water vapor, which interferes with microwaves. After three years, says Carlstrom, scientists hope to have a tenth of the sky mapped and a few thousand new galaxy clusters detected. 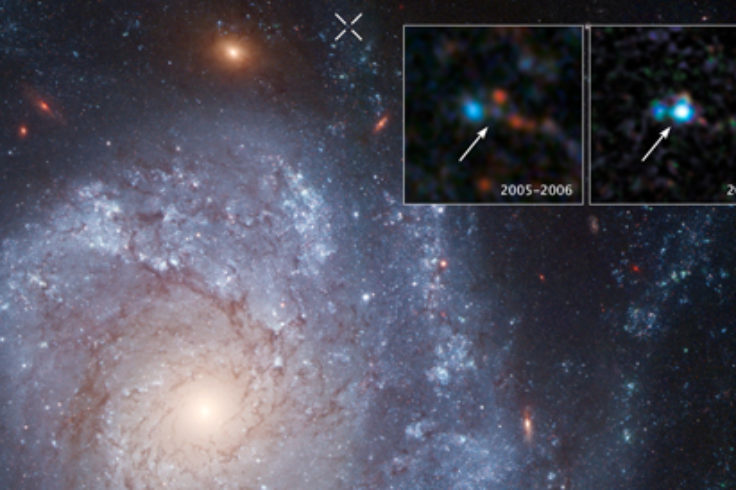 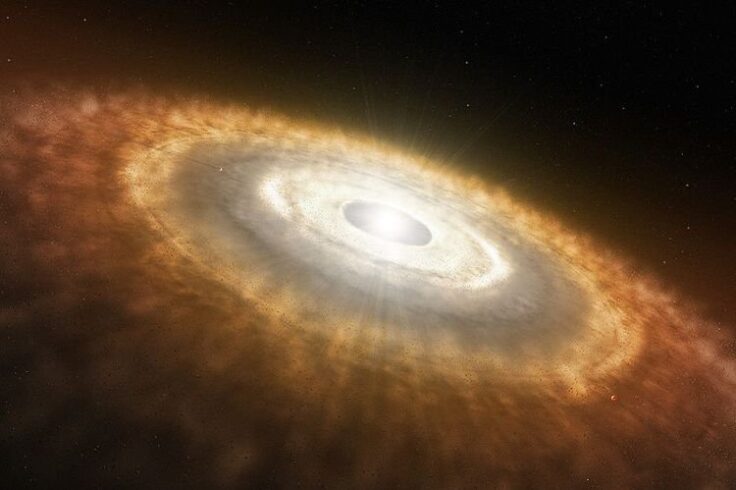 The Origin of Earth’s Water