ALMA observations have revealed a spiral hidden inside the shell surrounding the star R Sculptoris. 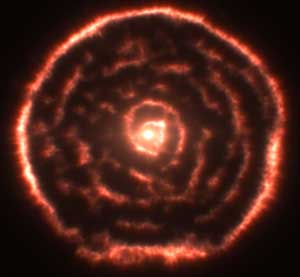 A hidden companion star probably created this spiral structure in the material around the old star R Sculptoris. The outer circular ring is the detached shellâ€™s surface in this slice through data from the Atacama Large Millimeter/submillimeter Array; the spiral structure is in the inner material. Click for a larger view.

This stellar rose is a slice through a 3-D gaseous shell that surrounds the star R Sculptoris, a variable star that sometimes pulses in its old age. The star probably threw the shell off during a brief, 200-year-long burst of fusion inside itself, an international team of astronomers report in this week’s Nature.

The evolved star isn’t the first seen with a spiral shell around it, but the observations — carried out with the Atacama Large Millimeter/submillimeter Array in Chile — are the first to reveal a spiral in this particular star's extended envelope.

Such spirals interest astronomers because they indicate the mass-losing star has an unseen binary companion. R Scl ejected its shell more or less uniformly in all directions. But if the star is part of a binary, both it and its companion orbit around a common center. That means that, as the star throws off its envelope, it’s also moving in a circle.

Imagine looking down on this circle from above and watching the star move counterclockwise around the loop, explains Patrick Huggins (New York University), who was not involved with the research but says that the observations are very nice. When the star is at 12 o’clock, the matter lost to the left (the direction the star is going) goes a little faster than average, because its ejection speed combines with the star’s motion to shove it forward. That gas is squeezed as it bumps into surrounding material. The opposite effect happens behind the star: ejected gas moves a little slower, because the star and shell move in opposite directions, which makes the stuff behind the star not as compact.

When the star is at 6 o’clock, the squeezing happens to the right, and the not-squeezing to the left, because the star is now moving in the opposite direction. As the star goes around and around, this pattern of compression and rarefaction builds up the spiral pattern, which the ejected shell’s speed carries far away from the star. (Both R Scl and its companion are hidden deep inside the rose’s center.)

This is a lovely picture, and a very clear explanation of what's going on. The innermost spiral is so perfect. I guess just like a smoke ring, forces farther from the surface of the star tend to move the gas and dust around chaotically and disrupt the spiral structure. By the way, a little poking around on the internet reveals that R Sculptoris has an average magnitude of 5.77, visible to the naked eye in a dark sky if you're far enough south. And, at a distance of 1550 light years, the ring of gas would have a diameter about 0.14 light years across. 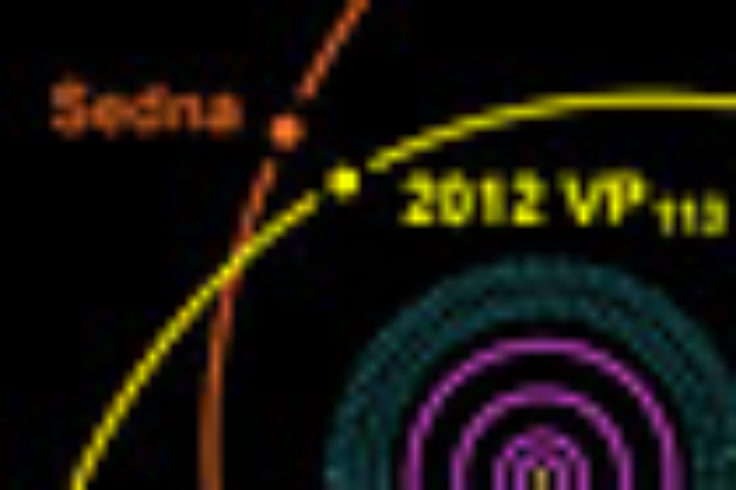 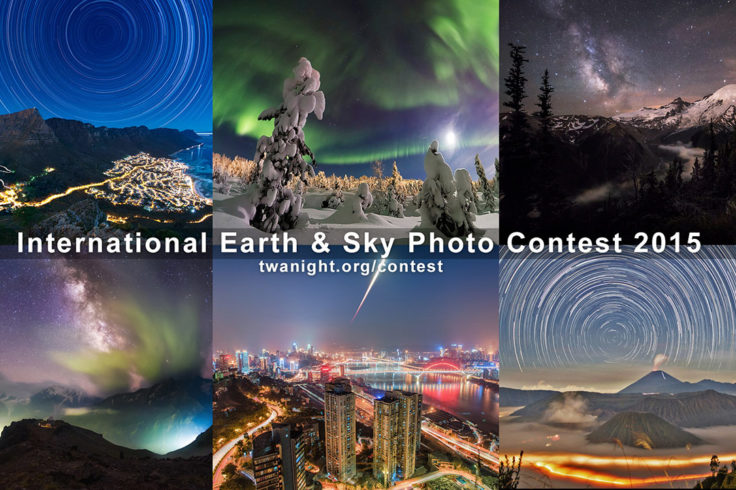 Best Nightscapes From Across the World