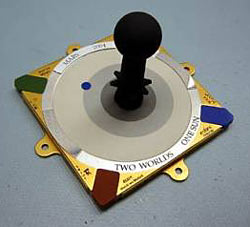 A 'Marsdial' like the one attached to Spirit and Opportunity.

Ever notice how time flies when you’re having fun? Of course the reverse is generally true as well. So if time can feel different in varied situations, it may come as no surprise that Bill Nye, the Science Guy, and astronomy professor Woodruff T. Sullivan have created a project to show how different time looks in very different places.

Their EarthDial project, sponsored by The Planetary Society, is an extension of the NASA sundials installed on Mars rovers Spirit and Opportunity that use shadow to color-correct and calibrate grayscales (S&T: January 2004, page 50). The sundials on the rovers were inspired by elementary-school children and display the motto "Two Worlds One Sun" as a message of peace that unites the planets. Using webcams, the designers of the EarthDial project hope to have many sundials on Earth displaying time for comparison of the Sun’s movement across each planet. 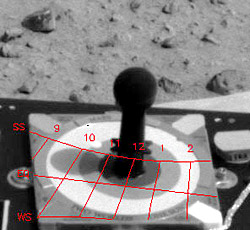 Since the Mars rovers turn around as they travel, their sundials do not contain a fixed scale to gauge the time. Instead, a time graph is digitally projected onto the image depending on the rover’s orientation.

Already people from around the world have set up webcams displaying their EarthDials. An interactive Earth Map shows dials from Ohio to Antarctica. Easy instructions to build your own are posted on the project’s website, but you better hurry, time is running out; the Mars lander missions are expected to run for only 3 to 6 months. 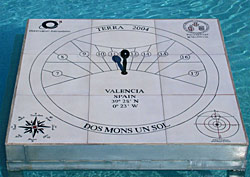 An 'Earthdial' placed on the grounds of the observatory of the University of Valencia, Spain.