Astronomers have had good reasons for quite a while to think that shock waves in supernova remnants create cosmic rays. These are charged particles that have been accelerated to very near light-speed; some of them have been boosted to energies far higher than the best particle accelerators can do on Earth. 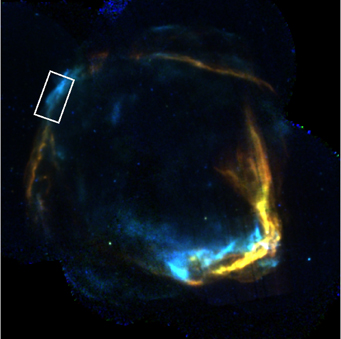 But no one knows how much of a supernova’s energy is actually converted into cosmic rays: is it enough to account for all the cosmic rays we see?

Yes, according to a new study published today in Science Express (Thursday, June 25th). Expanding supernova remnants could put half or more of their energy into cosmic-ray acceleration, accounting for all the "intermediate-energy" particle Earth receives. No one knew the process was so efficient.

Cosmic rays are the highest-energy particles in the universe. At the very highest-end, a single proton can pack as much kinetic energy as a well-served tennis ball (1020 electron-volts). These probably have extragalactic sources related to active galactic nuclei. Much more abundant are particles with millions of times less energy, but still much more than the best accelerators on Earth can impart. These are the ones in the new study, and they likely come from within our galaxy. 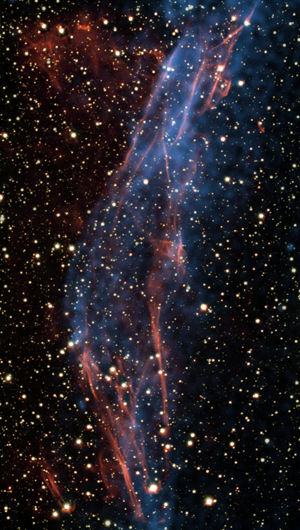 Composite image of X-ray and visible emission from part of supernova remnant RCW 86, 8,200 light-years away. The image is about 6 arc minutes across.

“Historically, supernovae have been the prime suspect,” says co-author Jacco Vink (Astronomical Institute Utrecht, Netherlands). As Walter Baade and Fritz Zwicky suggested in 1934, only supernovae have enough energy to spare.

Enrico Fermi even described a plausible mechanism in 1949. When a star explodes, says Vink, “the supernova ejecta material goes at a speed much larger than the speed of sound” (pressure waves) in the surrounding interstellar medium. So it forms a shock wave, in which particle density and magnetic field strengths vary wildly. Such a magnetic field can repeatedly send charged particles back and forth behind the shock front, where they can gain momentum -at the expense of the shock wave's speed- until they reach extremely high energies.

Three supernovae explode in the Milky Way on average per century. On paper, that's more than enough energy to accelerate all the cosmic rays we see. But is the process efficient enough actually to do it? “The only missing link now was: can they convert this energy into cosmic rays?” says Vink. “The answer seems to be: Yes!”

“At least half the energy of the shock goes into cosmic rays,” says lead author Eveline Helder (Astronomical Institute Utrecht, Netherlands). That, anyway, is the case for the part of the ejecta ring that Helder and collaborators studied in the young supernova remnant RCW 86, located 8,200 light-years away. Chinese (and even maybe Roman) records from 185 AD mention a corresponding nine-month-lived star. 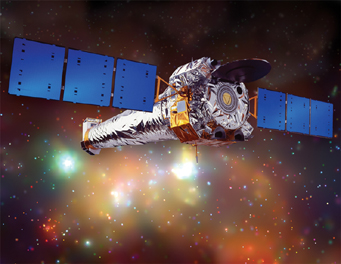 The researchers could not see the formation of cosmic rays directly. They compared the energy brought into the interstellar medium by the shock wave with the energy currently left over as heat, and found a mismatch.

The scientists deduced the energy of the shock wave by comparing X-ray images three years apart, taken by NASA's Chandra X-Ray Observatory. The motion of the shock wave between the images amounted to approximately 6,000 km per second, or about 2 percent of the speed of light.

Behind the shock, the scientists found the thin gas to be much less hot than expected: 30 million degrees centigrade instead of half a billion. To measure the temperature of the gas, the scientists used ESO's Very Large Telescope to observe visible light emitted by hydrogen atoms. The width of the hydrogen emission lines, created by the Doppler shift due to the random thermal motion of atoms, told the temperature.

The Paranal site, at 8,600ft in Chile, with the four 8.2-meter units making up the Very Large Telescope at the summit of the mountain, and ESO's famous Residencia hotel below, featured in the 22nd James Bond movie "Quantum of Solace".

The numbers showed that half the initial energy from the shock wave was missing. Lacking any other explanation, the researchers had to assume it was spent accelerating cosmic rays

This is more than a simple confirmation of previous results. “It’s a much more sophisticated set of measurements,” says Luke Drury (IAS Dublin, Ireland). “This one I think will generate much more interest from the community.”

The new result confirms that the cosmic-ray production process is remarkably efficient. “Everyone was a bit nervous about saying that, because it seemed so outlandish,” says Drury.

In retrospect, now that we know, it makes perfect sense. 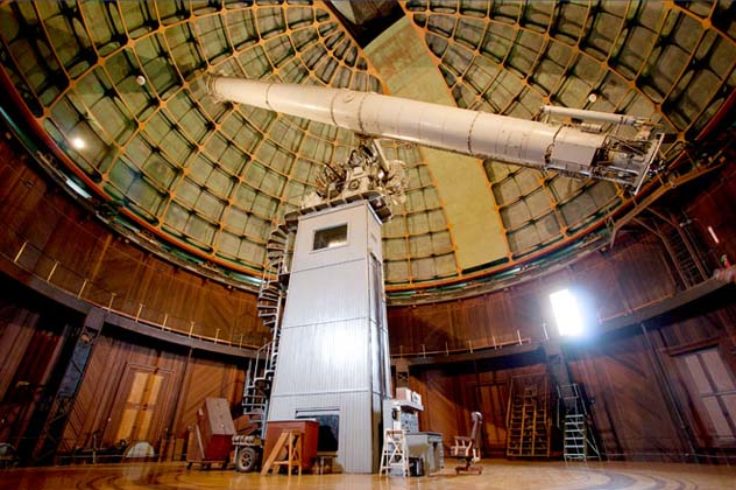