One of the biggest surprises of the ongoing NASA Cassini mission was the discovery that Enceladus — a tiny moon orbiting Saturn — spews water vapor and water-ice crystals from its south pole. A moon with a diameter roughly the size of Great Britain was expected to be frozen solid and certainly not active. Instead, the observations suggested that Enceladus, stretched and squeezed by Saturn’s powerful gravity, actually has a deep subsurface ocean.

But until today astronomers could only speculate on the specifics of the ocean. Luciano Iess (Sapienza University of Rome, Italy) and an international team analyzed new data from the Cassini spacecraft and revealed the mass and geometry of a thick subsurface ocean 30 to 40 kilometers (18 to 24 miles) beneath the moon’s icy south pole.

“Confirming the presence and abundance of active liquid water (in the outer solar system) . . . has wide-ranging implications for space exploration as well as understanding our own planet,” said geochemist Nicholas Wigginton (associate editor at Science) in an April 2nd teleconference announcing the news.

So how do astronomers map the interior of a moon using only an orbiting spacecraft?

It all comes down to the subtle effect of gravity. We tend to think of the force of gravity on any planet as a constant. But in reality it varies depending on your global location and the composition of the planet under your feet. For example, Earth’s gravity measured at our equator is 9.788 m/sec2, whereas at one of the poles it may be as high as 9.838 m/sec2 (a difference of 0.5%).

“Gravity allows us to open a window into the interior of the moon,” said Iess. During three close flybys of Enceladus, Cassini measured variations in how the moon’s gravity pulled on the spacecraft. These variations revealed the large-scale characteristics of the moon’s surface and interior, including any mass anomalies — spots where there is an excess or lack of mass — typically due to a bulge or a basin, or even just a change in density.

While flying past Enceladus’s south pole, Cassini spotted a negative mass anomaly, likely due to a depression in the icy surface.

“When you look at the actual surface you see that, although there is indeed a depression, it is much larger than that needed to explain the gravity,” said coauthor David Stevenson (Caltech). In other words, there simply isn’t enough mass at the surface of the south pole to account for the gravitational field present there. So there has to be something more massive underneath the surface. “A natural way to do this is to have a layer of water, because water is more dense than ice.”

The combination of two compensating mass anomalies can be seen on many planets throughout the solar system. Continents on Earth rise high on Earth’s mantle (positive mass anomalies) but have underlying roots that are less dense than the surrounding rocks (negative mass anomalies). This is the opposite of Enceladus’s south pole, but it’s the same basic idea.

The team used the gravitational data to develop a suite of models explaining Enceladus’s interior structure. While the data cannot rule out a global ocean (which would necessarily be thickest at the south pole), it’s more likely that the ocean is localized at the south pole, extending halfway or more toward the equator, making it larger than Lake Superior.

Curiously, a localized subsurface ocean also matches what is likely happening beneath the south pole of Jupiter’s Europa. On both moons, the poles are heated more by tidal stretching and squeezing than the equator is, and the heating may kick-start melting. Once ice starts melting, the water acts as a lubricant, helping ice melt further in a positive feedback loop. This helps explain why a subsurface ocean might exist at one of the moon’s poles, but it does not favor one pole over the other. So the team remains unsure whether it’s chance that both moons have southern surface oceans or there’s an unknown physical mechanism at work.

The Cassini mission is slated to end in September 2017. In the meantime three more flybys of Enceladus are scheduled. The spacecraft will fly through the southern plume again, obtain high-resolution views of the north polar region, and measure heat flux from the south pole.

This research appears in the April 4th issue of Science.

In the caption under the illustration of Enceladus' sub-surface ocean is this line: "A liquid ocean is sandwhiched..." Oops! Sandwiched, not sandwhiched. 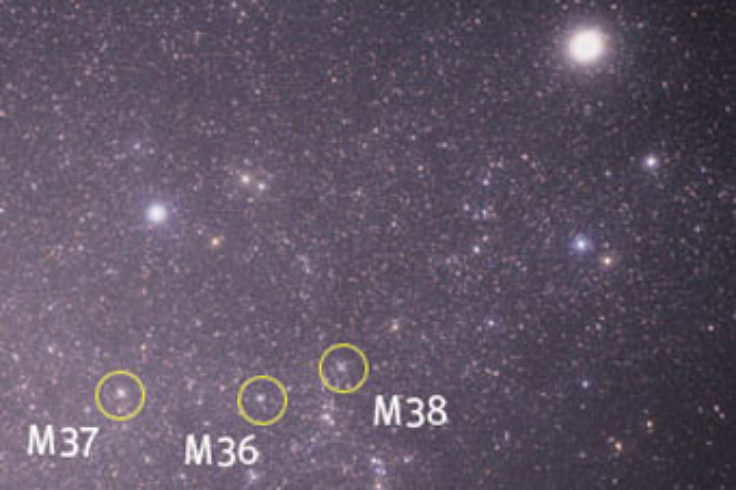 A Fix for the "Faint Young Sun"