Transits of Venus: Deaths and Dilemmas

The colorful history of one of astronomy's rarest events — the transit of Venus — was discussed at the recent IAU conference in Beijing, China.

Venus transited the Sun on June 5-6, 2012 —likely for the last time in most of our lives, since the next one won’t occur until 2117. Thanks in part to its astronomical importance over hundreds of years, the exceptional event has a colorful history.

During August’s General Assembly of the International Astronomical Union, one of the sessions of Commission 41 on the History of Astronomy, chaired by Sara Schechner (Harvard University) of the Collection of Historical Scientific Instruments of Harvard University, had several papers that focused on the colorful history of this rare event. Although the IAU has since adjourned, what I learned during this session stayed with me.

Who Saw the First Transit of Venus? 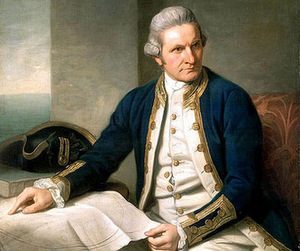 Captain James Cook led an expedition to Tahiti on the HMS Endeavor. He was accompanied by astronomer Charles Green, who observed the 1769 transit of Venus, but died soon afterterward of dysentery in present-day Jakarta, Indonesia.

Kepler predicted the 1631 transit of Venus, the first such prediction in Western recorded history, and Jeremiah Horrocks predicted and observed the 1639 transit. But it wasn't until the 1761 that grand expeditions set forth to observe the event. Many of the expeditions of 1761 and 1769 ended in “death and disaster,” noted Jay Pasachoff (Williams College). The French priest and astronomer Abbé Chappe d’Auteroche took ill and died in Baja, California, after the 1769 transit. (He had declined to move his observing team away from a site of disease because there wouldn't have been sufficient time to align his telescopes at a new site.) Illness also took British astronomer Charles Green, who died of dysentery in Batavia (now Jakarta, Indonesia) on his way home from that same transit. 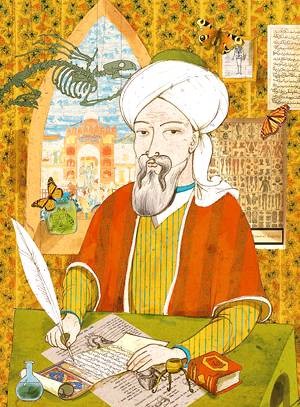 AbÅ« Ê¿AlÄ« al-á¸¤usayn ibn Ê¿Abd AllÄh ibn SÄ«nÄ, commonly known as Ibn Sina, may have been the first person in recorded history to see the transit of Venus in May 1032.

But Western astronomers in 1761 may not have been the first to see a transit of Venus. The renowned scientist Ibn Sina noted, “I saw Venus as a spot on the surface of the sun,” so Sina may in fact have witnessed the transit of Venus in May 1032, said R. C. Kapoor (Indian Institute of Astrophysics). Though scholars previously thought that the transit of Venus would not have been visible where Ibn Sina lived, Kapoor suggested that Ibn Sina might have seen the event from two cities in modern Iran: Isfahan, where Ibn Sina lived after 1023, or Hamadan, where he died, and where a university is named after him.

Kapoor also argued that recreations of the sunspot cycle indicate a quiet sun in 1032, so whatever Ibn Sina saw was unlikely to have been a sunspot. Xavier Jubier in France has since run his clickable, zoomable Google-maps program to confirm Kapoor's earlier mapping and calculation that the transit of Venus of 1032 would have been visible from the two cities.

Science vs. Politics and Pseudoscience

Pasachoff noted one example: Marcus Levitt (University of Southern California) wrote recently that Chappe’s 1761 transit of Venus expedition to Siberia was probably instigated by the French crown as a cover-up for espionage.

Geopolitical tensions tied together three 18th-century American expeditions, Sara Schechner explained. Two were transit of Venus expeditions led by John Winthrop, the first when the enemy was France, the second when the enemy was Britain. The third was a total solar eclipse expedition led by Winthrop’s successor, Samuel Williams. In all three cases, the American scientists had to negotiate with enemies, and in each case the negotiation was well worth the effort. 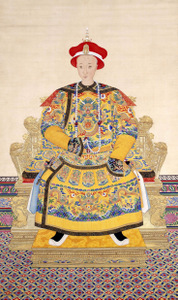 The Tongzhi emperor died of smallpox at the age of 18.

In 19th-century China, the tension between science and politics boiled over during the 1874 transit of Venus, described by Lu Lingfeng (University of Science and Technology of China). The traditional Chinese association between the emperor and the Sun prevailed even though some Chinese scholars and Western missionaries published articles debunking astrological interpretations of the forthcoming transit. The passage of another object across the face of the Sun meant disaster for Chinese politics. The death of the emperor from smallpox that same year was attributed to the transit, and the next transit in 1882 was not covered at all in the Chinese press. Only later did Chinese astronomers again participate in the science of transits.

It is Baja California, Mexico, not Baja, California.

We not only have the transit of Venus observable from earth but today we know there are many exoplanets that transit their host stars too. 286 are documented at http://exoplanet.eu/. These bodies are nothing like Venus, the average mass is 1.7 Jupiters and most are very close to their host stars < 0.1 AU. Makes for an interesting universe.