Join the Fight Against Light Pollution 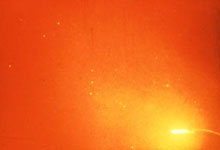 Those few of us who are actively involved in fighting light pollution often ask ourselves: "Where are all the astronomers?" At least 200,000 readers comb through popular astronomy magazines such as Sky & Telescope every month. So at least this many have an interest in sky quality and have heard of the International Dark-Sky Association (IDA). Yet by 2006, 18 years after its founding, the IDA claimed only about 11,000 members — just a few percent of its potential.

One IDA chapter chairman told me that, after speaking to a gathering of 75 amateur astronomers on light pollution, he asked how many in the audience were IDA members. Only four raised their hands. After pleading, "If not you, then who?!" he managed to leave the meeting with five new members. In other words, more than 85 percent just walked away. "Who?" indeed!

Only a tiny fraction of all astronomers, amateur and professional, do anything to help reduce the bane of bad outdoor night lighting. We have everything to lose by being passive. Unless astronomers work en masse to halt and reverse the brightening of the night sky, astronomy could largely cease to exist in the 21st century for most of the world, save for expensive observatories at remote island or mountain outposts.

Considering the time and energy both amateur and professional astronomers spend to reach dark-sky sites, we in the IDA are amazed that these same people don't put in at least a few hours a year — or even just write a small check — to fight the problem head-on.

The War Is Being Lost

Despite many local victories, we are still losing the light-pollution war. We still don't have the resources to intercede in the many battles over poor-quality lighting worldwide.

In Massachusetts, for example, pending legislation would require most new and replacement state-funded outdoor lighting to use "full-cutoff" fixtures (which send all their light downward and none upward). Patterned after a successful Maine law passed in 1992, the Massachusetts bill sailed through two committees in 1997 but by 2006 had yet to pass the legislature as a whole. The legislators who sponsored the bill wonder why they have received so few supporting calls and letters from the state's many amateur and professional astronomers. Apparently only a handful have ever bothered to ask their state representatives to vote for the bill.

Despite this type of indifference and paralysis, a few IDA activists have devoted vast effort to the cause. Thanks to them, great strides have been made in the last decade on improving outdoor-lighting practices. For example, both the Illuminating Engineering Society of North America (IESNA) and the International Lighting Commission (CIE) now formally acknowledge the problems caused by glare, obtrusive lighting, light trespass, and urban skyglow. Their technical committees now recommend practices that both air the issues and urge the use of full-cutoff lighting for most outdoor applications.

The result? Look at any new shopping-center or office-building parking lot. It's likely to have lights that don't glare upward or sideways into your eyes. Instead, you only see lit ground. Amateur astronomers' checks to the IDA made that happen!

With professional societies now pushing for glare-free outdoor lighting, we have powerful allies. Many lighting manufacturers now produce a wide choice of cutoff lights. However, the manufacturers — together with architects, homebuilders, and retail stores — need to be urged to produce and market such fixtures more widely for all commercial and residential applications. This will not happen unless many more voices are heard. Please get involved! It has been shown repeatedly that friendly, tactful efforts by even one or two thoughtful individuals can create huge changes in the outdoor-lighting practices of an area as small as a neighborhood or as large as a state.

A Couple Hours Per Year

One hard-won lesson of the past decade is that using astronomy as an issue to fight light pollution can often be a positive factor — but it is not enough. We cannot be perceived as just a narrow special-interest group.

We must continually stress the safety and security offered by well designed, non-glare lighting; the fact that bad, ugly lighting depresses a neighborhood's property values; that light trespass is an obnoxious nuisance; and that the wasted energy from poorly designed lights costs us in many ways.

Study the issues and learn about the solutions. Then educate others. Encourage businesses in your community to reduce or turn off outdoor lights after closing time. Ask that their signs be lit downward from above, not upward from below. Approach your city, county, or state representatives about enacting ordinances or laws to reduce glary, wasteful outdoor lighting.

This is an area in which astronomy clubs and organizations can make a huge difference. And if every Sky & Telescope reader simply devoted one or two hours a year to addressing light-pollution problems, we could ensure darker skies for all. That hour could include writing letters to your local planning boards and state representatives, showing a civic group how much of the night sky we lose to bad lighting practices — and, of course, sending your annual membership check to the IDA.

All the help you need is available. The IDA stands ready to assist you. Its 176 information sheets cover any topic you may want, such as lighting and crime, energy and cost issues, how to approach local officials, and even templates for successful state laws and municipal ordinances. There are also newsletters, slide sets, videos, and posters. Go to the IDA Web page, www.darksky.org. With your help, we can and will make a real difference. We must work together — all of us.