On the night of March 4th, all you'll need are your eyes to watch the Moon occult Aldebaran. Better yet, place yourself on the graze line.

It can't get much better than this: an occultation of the brightest star the Moon ever crosses, visible across most of the U.S. on a Saturday evening, with the Moon barely first-quarter (46% sunlit), and the star's dark-side disappearance visible without optical aid.

Moreover, along a narrow path skirting the U.S.-Canadian border, passing the Toronto area and then the U.S. Northeast, a spectacular grazing occultation will occur that, at least in the populous eastern part of the path, will be nearly as good as last July's well-observed Aldebaran graze in the southern plains.

The graze provides another opportunity to detect the angular size of a star other than the Sun. But this time, the Moon will be brighter with the graze events occurring closer to the northern cusp, so binoculars are recommended to see the gradual and partial occultation events that will reveal the star's angular size.

Event times for selected cities are below. More precise times, and additional details including the altitudes of the Sun and the Moon, are listed for over 1,000 cities and towns on this predictions page.

The most interesting views will be from a strip of land only a few hundred yards wide along the occultation's northern limit. You can examine the precise graze path to street-level accuracy using the interactive Google Maps links in the special page the International Occultation Timing Association (IOTA) has set up for this event, also given at the end of the article.

Viewed from this narrow zone, the giant star should disappear and reappear multiple times as hills and valleys along the Moon's northern limb cover and expose it. Most of these events will appear non-instantaneous, even taking up to a full second, due to Aldebaran's large angular diameter: 20 milliarcseconds, or 40 meters at the Moon's distance.

We can now predict these narrow zones very accurately, thanks to the laser altimeters on recent lunar orbiting spacecraft. These mapped all of the Moon's topography to high accuracy. So now, you can choose your viewing location to within a few tens of meters in order to maximize the number of contact events you can see or record.

The angle of "central graze" changes along the path, causing the lunar profile to also change. South of Vancouver, where the graze happens only a mile north of the U.S. border, the star skims the sunlit limb. In eastern North Dakota most of the graze will be on the Moon's dark side edge although the high mountains just after central graze will likely be sunlit. As far east as Rhode Island, the Moon will be only 13° above the western horizon.

Occultation timings are not as compelling scientifically as they used to be. However, video recordings of grazes are so precise that small corrections to the spacecraft lunar-profile data, and to star positions, are still being found. The greatest value of lunar occultations is now in discovering and resolving very close double stars. But we know that Aldebaran has no close companion.

Information about IOTA expeditions to observe the graze will be posted on the graze web page noted below. Plans will change in response to weather updates.

Four hours before Aldebaran disappears behind the Moon's dark limb, the 5.0-magnitude Hyades star 75 Tauri will do the same for Atlantic States south of southern Pennsylvania.
Two hours before Aldebaran the Moon will occult some brighter Hyades stars, including 4.8-magnitude ZC 677 and the pair Theta1 and Theta2 Tauri, magnitudes 3.8 and 3.4, respectively. Detailed predictions for them are in the predictions link below.

• We at IOTA have set up a special webpage for the Aldebaran graze of March 4-5 (March 5th UT), with interactive Google Maps and much other information: occultations.org/aldebaran/2017march.

• Detailed predictions are available for more than 1,000 locations. Note that the page displays three long tables — for the disappearance, the reappearance, and the locations of cities — with less-than-obvious divisions between them.

It's likely to be bitter cold in the northeast for this occultation, but this is something that can be observed quickly. Five minutes outside is all it takes! For observers in Rhode Island, where the Moon will be low in the west only about 13 degrees high, there are a couple of convenient public parking lots right along the graze band: the lot of the movie theater off route 1 in South Kingstown and the parking lot of the Stop & Shop near the interchange of route 138 and I-95. Both are easy access and safe. Be ready with binoculars at 11:18. Observe the flickering star for five minutes. Then thaw out!

Just a heads-up, you have Dover, DE listed as Dover, MA

Observed it from CT! My home site was 17km south of the nominal graze path, but I located a parking lot 300m south of the nominal graze line. The temperature was 14 deg F, with wind gusts at 14 mph, wind chill deg 2 F. Positioned my car so I could use 10x50 binoculars supported against the window frame. The event was spectacular. Aldebaran is very bright compared to the illuminated surface of the moon, and the color contrast is beautiful. I witnessed 4 separate dis- and re-appearances over the course of only a couple minutes. The occultations were not immediate, they took about a second, which is easily visible. The seeing wasn't good, but I think I saw a couple partial fadings, which means Aldebaran was partially eclipsed! It was most definitely worth the effort to see it, more than I expected, despite a couple of totally numb fingers for about half an hour. Thanks for the great info for locating a good observing site.

Congratulations, and thanks for he report. Here in San Francisco we had clouds and rain.

Observed nicely from Monclova, OHIO. Using the lunar-occultations.com site to look up predicted event times I am mystified that my observed times seem so far off of the predicted times for the nearest big city, Detroit, MI. I observed disappearance at 04:01:35 UT (84 sec sooner than Detroit) and reappearance at 04:34:20 (280 sec later than Detroit). Since reappearance was on the bright side, I admit precision is difficult, but even with my 15 x 80 binoculars it seems pretty far off. Does anyone have comments or suggestions? Far be it from me to question the tables.......

I observed it nicely from Monclova Ohio with 15 x 80 binoculars. However, my observed event times seem quite different from the lunar-occultations.com table for nearest city I can find (Detroit, MI). My observed diappearance was 04:01:35 UT (84 sooner than Detroit), and reappearance at 04:34:20 UT (280 later than Detroit). I admit that since reappearance was on the bright side seeing it precisely was difficult, but that still seems quite a bit off. Anyone have any comments or suggestions?

Both of the parking lot sites that I suggested above had observers! Wayne H set up a telescope to capture video from the western site in RI while myself, Paul M, and Charlie W (https://www.youtube.com/user/cbwvideo) were at the eastern site in South Kingstown, very near the easternmost land point for this occultation. Wayne and Paul were both participants in my celestial navigation workshop this weekend at the Treworgy Planetarium at Mystic Seaport so we had time to discuss it before and after. It was terribly cold Saturday night here in RI, and I had to lean against a tree to keep my hands from shaking, but I observed one disappearance and one re-appearance "live" with binoculars. Impressive! Then I joined the others watching the small video monitoring screen on Charlie W's telescope, which was much easier than direct visual observation. We saw several appearance/re-appearance events including one that matched the outlier "mountain" shown in the limb profiles from IOTA. The predicted events were stunningly accurate. Our observing location was here: 41°27'18.0"N 71°28'13.5"W. Meanwhile Charlie told us stories of occultations he observed (presumably as a kid!) in the 1960s in the Apollo era when observers had to be stationed along a line perpendicular to the predicted graze line at 500-foot intervals in order to ensure that one observer would see the graze event.

The sky was clear, and the disappear/re-appear events were very easy to see. Unfortunately the "seeing" was poor, and Aldebaran was twinkling wildly so there was no evidence visually of the fading which should have been visible thanks to Aldebaran's significant angular size. It was all over in five minutes, and we were happy to pack up and get back in our warm cars.

Hi. I live in Costa Rica and, fortunately, almost exactly in the southern graze path. I watched the star disappear, appear again for just about half a second, and disappear again. My location is 9,9215°N and 83,8991°W. Regards to everyone

We had great views of the grazing occultation from southern Rhode Island. I posted a detailed message early yesterday, but it did not appear.

Here is a variant of my "detailed message" posted on the NavList message boards:
http://fer3.com/arc/m2.aspx/g38566

Apparently links in a message lead to "your comment is awaiting moderation". Let's see if I can post masked links...
Here is a variant of my “detailed message” posted on the NavList message boards:
fer3[dot]com/arc/m2.aspx/g38566

Oops. That should have been CBW, but the URL is correct (when [dot] is replaced by "."). 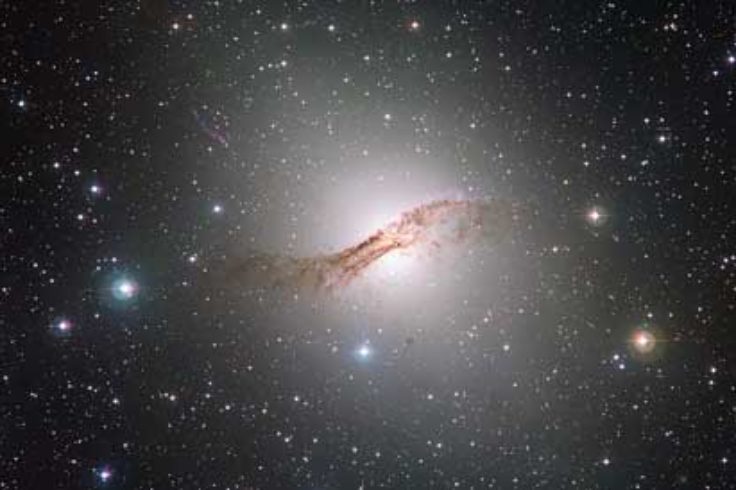 'Oumuamua Was a Comet After All 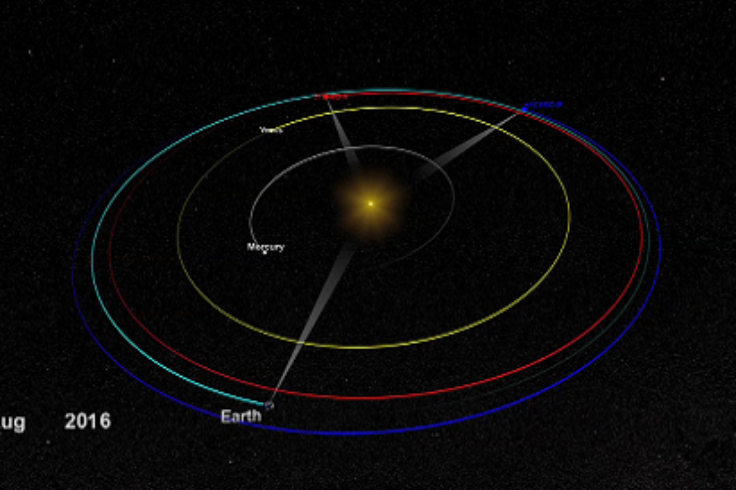 The Return of Stereo B?