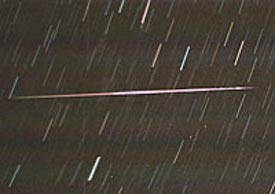 A Perseid meteor slashes through Triangulum on August 12, 1985. The photograph was taken with DX400 film using a standard 50-mm lens and tripod-mounted SLR camera with the mirror locked in the up position. Notice the color changes in the 'tail'.

At one time or another, almost everyone has glimpsed a swift little streak of light dashing across the night sky. These sudden celestial visitors are meteors, commonly called falling or shooting stars. Meteors are pieces of space debris that plow into the Earth's atmosphere. Because they arrive at very high speeds — anywhere from 11 to 74 kilometers (7 to 46 miles) per second — they vaporize by air friction in a white-hot streak. Most meteor parents (meteoroids) range in size from sand grains to pebbles. Occasionally, a larger object will survive its descent and fall to Earth — then it's called a meteorite.

A meteor that appears brighter than any of the stars and planets is called a fireball. The sudden appearance and fast motion of a bright meteor produces an illusion of closeness that can fool even well-trained professionals. Airline pilots have swerved to avoid meteors that were actually 160 kilometers (100 miles) away.

Much more abundant are smaller, everyday meteors. While most look white, some appear blue, green, yellow, orange, or red. One that explodes at the end of its visible flight is called a bolide. 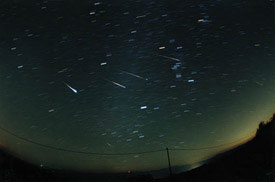 Four brilliant Leonids streaked across Hydra, Canis Minor, and Orion while Lorenzo Lovato in Italy was taking this 9-minute time exposure during the 1998 shower. The radiant point in the Sickle of Leo is at far left. Many visual observers commented on the green-to-red-to-blue color progression of the brightest meteors, recorded here. Lovato used a 16-mm lens to get this wide-angle view.

At certain times of the year we see more meteors than usual. This happens when Earth passes near a comet's orbit and sweeps through debris that the comet has shed. Such events are called meteor showers. For the major annual meteor showers, seeing one meteor every few minutes is typical, though there are often bursts and lulls.

Shower meteors can appear anywhere in the sky, but their direction of motion is away from the constellation whose name the shower bears. This apparent point of origin is known as the radiant. Some observers feel that the best place to watch is between a shower's radiant and the zenith (the point directly overhead). In general, you'll do best by watching the darkest part of your sky, wherever you may be.

Here is a list of the better annual showers, including the Perseids in August and the Geminids in December. All you need to observe these celestial displays are a dark sky, a way to stay comfortable, and a little patience. Light pollution or moonlight will drastically reduce the number of meteors you see, so plan accordingly. Give your eyes at least 15 minutes to adjust to the dark. Make yourself comfortable with a reclining lawn chair, sleeping bag, snacks, music, the company of other stargazers, or whatever will help you remain interested enough to keep your eyes turned toward the sky. 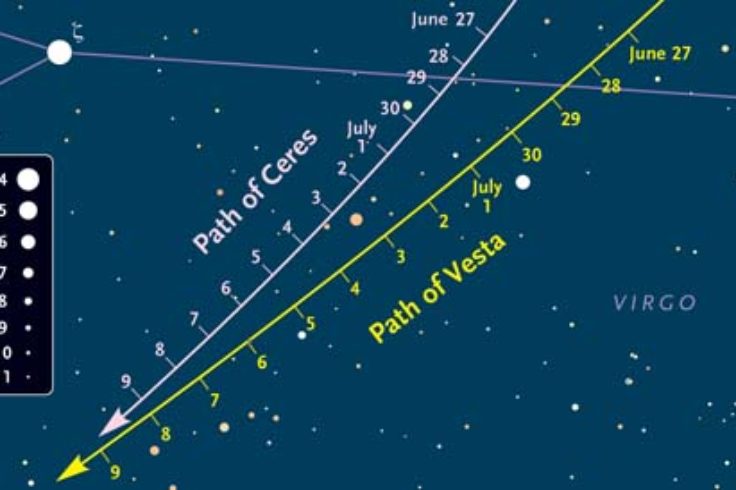 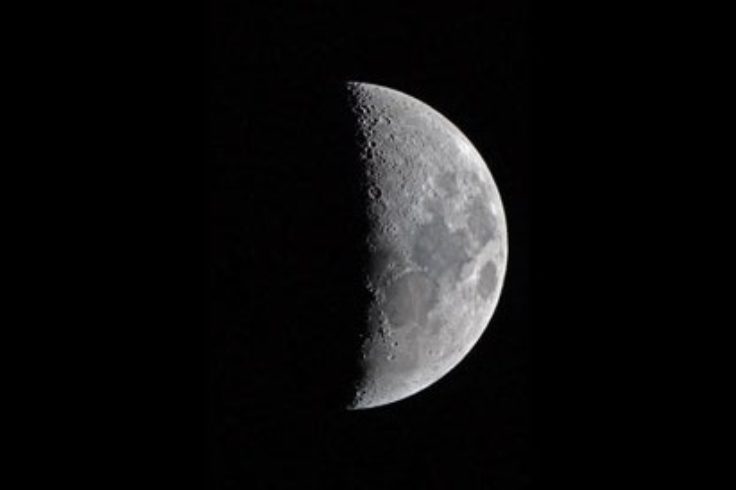 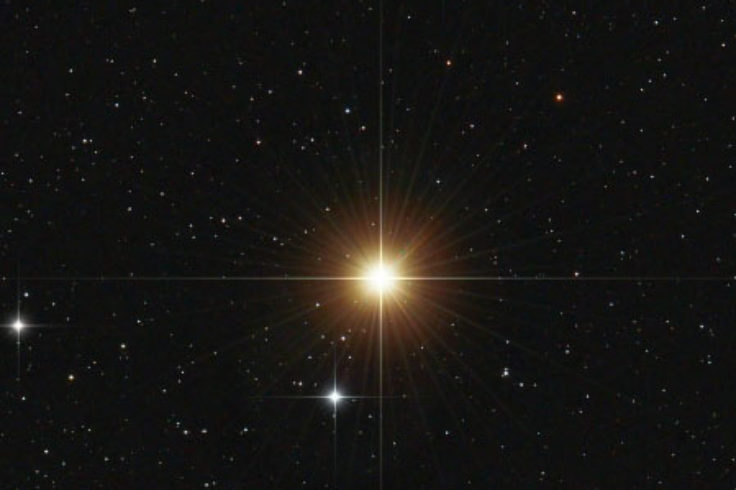 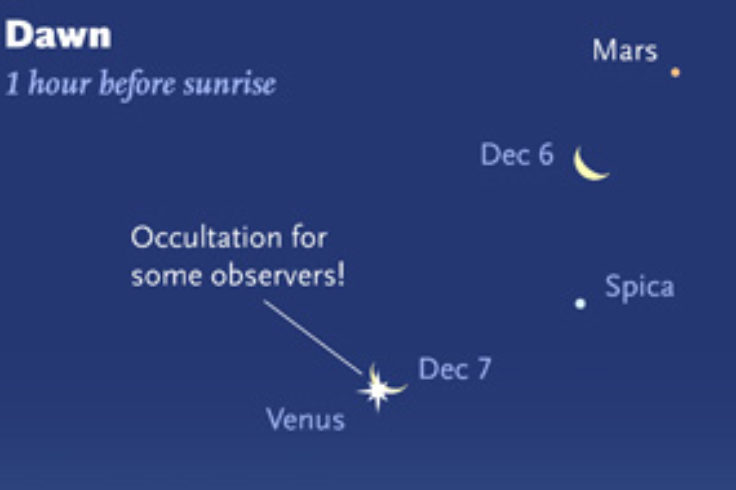