Crazy Kids! Guide to Young Stars and Their Birth Clouds

Feeling tired, run down? These fuzzy stars are guaranteed to pique your interest and make you feel young again.

The older I get the brighter youth shines. The coming and going of generations of human beings keeps the world young, while evolution ensures novelty across the ages. For having no "brain" per se, nature has fashioned a wonderfully diverse universe, both in living beings and in its inanimate inhabitants, the stars.

Like a human, a star begins life in an embryonic state hidden from view. For a star, that's the inside a dark molecular cloud. Gravity, perhaps assisted by a supernova blast, causes the cloud to collapse into cloudlets that develop dense cores. Infalling matter heats up and becomes compressed, leading to the formation of a protostar at the center of each whirling cloud of debris from which planets may form.

A protostar, while hot, is still too cool to fuse hydrogen. As it develops toward a main-sequence star, it sheds heat and light through gravitational contraction. Variations in the amount of material it grabs from the surrounding nebula cause the star to fade and brighten irregularly, while dense blobs of material within its birth cloud can temporarily shadow the star or nebula as seen from Earth, also causing unpredictable light variations.

As contraction continues, the object enters the pre-main-sequence phase, when its stellar winds blow away the surrounding envelope and finally reveal the nascent star. At this point, we see the star not by the light of fusing hydrogen, as with the Sun, but rather from energy radiated from gravitational contraction and the fusion of deuterium. When the object has contracted enough for its core temperature to reach 13 million kelvin (or about 13,000,000°C!), hydrogen fusion begins and the star enters the main sequence, the equivalent of a steady job.

Pre-main-sequence stars with masses of less than 2–3 suns are better known as T Tauri stars; their larger brother and sisters, from 2–8 solar masses, are called Herbig Ae/Be stars. One of the most famous T Tauri stars is R Monocerotis, which lies at the tip of NGC 2261, Hubble's Variable Nebula. Dense clouds of moving dust near the star throw shadows across the nebula, causing its apparent shape to change. Another such star is T Tauri itself, which illuminates the fickle Hind's Variable Nebula.

Hubble's Nebula is one of the best known and brightest of the young stellar objects (YSOs). But there are many others, including several dozen visible in moderate-to-large amateur telescopes. I've been busy the past couple weeks searching for these elusive "fountains of youth" and selected some of the brightest for you to have a crack at, too. Although scattered around the sky, Cygnus and Taurus host a fair share; both regions are in good view throughout the fall once the Moon departs.

A final tip: Since these nebulae shine primarily by reflection rather than emission, an O III filter won't be much help. North is up in all photos below (except where noted) and the observations were made with a 15-inch (37-cm) Dob. Let's begin!

Located in Aquila about 5° north-northwest of Altair, this FU Orionis-type star is prone to eruption and erratic changes in brightness. Fortunately, it's one of the brightest, easiest YSOs out there. The tiny object requires high power to clearly distinguish from its stellar neighbors, much like a small planetary nebula. It's about 15″ long with a bright, nearly stellar spot at its south end and short, nebulous "tail" to the north. Some observers liken its appearance to a comet, a not uncommon shape seen in other YSOs due to dusty outflows. The shape was obvious using a magnification of 142× and higher.

Beware! This nebula, though fairly bright, beckons from a cluttered star field about 3° south of Gamma (γ) Cygni, so it may take a few minutes to track down. The object lies about 1′ northwest of several faint stars that arc in its direction. At 245× I saw a distinct fuzzball ~30″ across with a ~14.7-magnitude central star barely visible inside the nebula's dense core. GM 2-39 is classified as an emission line star; the emissions are likely related to jets of hot gas shot out by the star that interact with and excite material nearby.

This one's faint! Don't kill yourself hunting it down. But if you have a 15-inch or larger scope and like an ultimate challenge, knock yourself out. The nebula wasn't always such a bear. In 2004, GM-129 (catalog number) was knot of bright haze easily visible in a 10-inch scope. But like many young nebulae, its light is variable for the reasons discussed above.

Right now, PV's extremely faint. I saw the object fleetingly on repeated occasion at 245× and 357× with averted vision as a flutter of haze at the limit of vision. Click here for a sequence of photos showing just how variable this nebula can be. We anxiously await Gyulbudaghian's return! If you observe it routinely, you might be the first to know.

This is one of numerous YSOs that have variable designations. For more information and detailed finder charts of any of them, click over to the American Association of Variable Star Observers AAVSO website and type the star name in the Pick a Star box — be sure to abbreviate the constellation name, ie. Cygni to Cyg — and then click Create a finder chart.

The star V645 Cyg currently shines at magnitude 13.5 and appears involved in a tiny ~10-15″ knot of haze. With averted vision and 245×, I was pleasantly surprised to see a comet-like tail of fainter nebulosity extending west of the star. A 9th-magnitude star just a few minutes south of V645 makes for a convenient reference to confirm you're in the right spot.

Located in Cepheus, this Herbig Ae/Be star is another pre-main-sequence star significantly larger than the Sun that illuminates a delicate, round puff of nebulosity about 45″ in diameter. If you didn't know it, you'd think you were looking at a faint comet. At high magnification, the 14.8-magnitude star in the center of the nebula was clearly visible. Watching on a night when the temperature dropped into the 20s, it was fun to imagine it still heating and contracting on its journey to the main sequence like a snowball packed by mittened hands.

This is one of the most remarkable objects I've ever ignored. At first glance, all you see is a smudgy, 6′ × 3′ fingerprint of nebulosity southwest of a 10.6-magnitude star in Perseus. Nothing to get excited about, right? But up the magnification to over 200× and allow your eye time to adapt to the darkened field of view, and wow! First I noticed the round reflection nebula around the star, then two distinct fuzzy patches to the southwest separated by a vague dark lane. Closer to the star, I could make out the faint T Tauri star, LkHa 270, as well as hints of its misty birth cloud.

Additional stars and nebulous patches poked in and out of view with averted vision, all cloaked in a faint wash of nebulosity. The region, located just 1,000 light-years away, is one of the nearest star-forming regions in the sky and loaded with stars that are fewer than a million years old. My gosh, where have you been all my life? If you only look at one YSO-active region, make it this one.

At first, nothing was seen around the bright 9th-magnitude Herbig Ae/Be star, but that was only because Perseus was still too low in the sky. Once XY climbed to 40° altitude, I was able to make out the faint, hazy glow of the accompanying nebula to the southwest of the star. I rarely trust "glows" around stars, at least the symmetrical ones. Most are the result of dirty optics and glare, but a lopsided glow is much easier to distinguish and confirm as the real thing. Although not a particularly scenic nebula, the source star shines bright enough to see in any scope.

Similar to XY Per, this T Tauri star is bare-naked bright at magnitude 10, but its fan-shaped nebula extending to the northwest is not. I saw it a faint, distended haze at the location with averted vision and 245×.

This nebula would be much better known and observed if it wasn't for stellar light pollution. T Tauri itself is an unmistakable 10.5-magnitude star, easy as pie. But the nebula must compete with both T and an 8th-magnitude field star 7′ to the southwest. Looking for nebulosity was like trying to see the Orion Nebula from a brightly lit parking lot.

Using 245× and letting the neighboring star drift out of the field of view, I was able to sneak glimpses of a curl of nebulosity wrapping around due west of T. Photographs show a 3D, cavern-like nebula, its walls illuminated by the flickering candle of the variable star. And flicker it does. We see NGC 1555, but the 19th-century astronomer Otto Wilhelm von Struve saw the additional nebulosity, NGC 1554, about 4′ southeast of T Tauri. It disappeared from view not long after he described it and hasn't been seen since.

I hope you've enjoyed visiting the younger side of the universe. The next moonless night, introduce yourself to some of these amazing objects barely young enough to stand on their own two feet.

I want to thank Reiner Vogel, who maintains the Telescope and Deep Sky website, one of the best resources on the internet for interesting and exotic objects. Vogel offers a free Young Stellar Objects pdf book that features 53 YSOs that will keep you busy many nights. It also features finder charts for all the objects listed in this article. Additional charts are available from the AAVSO website.

Nice article Bob!
I've tried for Hinds Variable Nebula and Gyulbudaghian's Nebula without success in my 10-inch SCT. But I have been able to just see NGC 2261 and NGC 1333 in my 7x35 binoculars! Those are not easy even in my 8x56 binoculars - especially to find since they are small! I like that you write about NGC 1333 saying that "This is one of the most remarkable objects I've ever ignored." When was the first time you can remember looking at it? O'Meara has written about it several times since he considers it a very ignored but bright nebula. I couldn't really even find it myself until I put in the effort last fall. Can't wait to make use of the rest of your article!

I'm amazed you can spot NGC 1333 in 7x35s, but then I know you are an excellent observer. I think Hinds Variable Nebula would be visible in a 10-inch especially if you used an occulting bar in your eyepiece to block the light of the neighboring star. Gyulbudaghian’s Nebula was one of the faintest nebulae I've seen recently in my 15-inch and may be completely out of the range of a 10-inch ... at least at the present time. 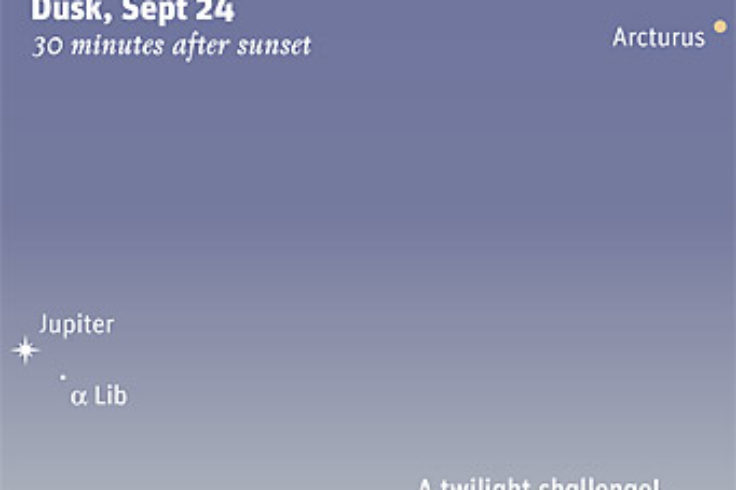 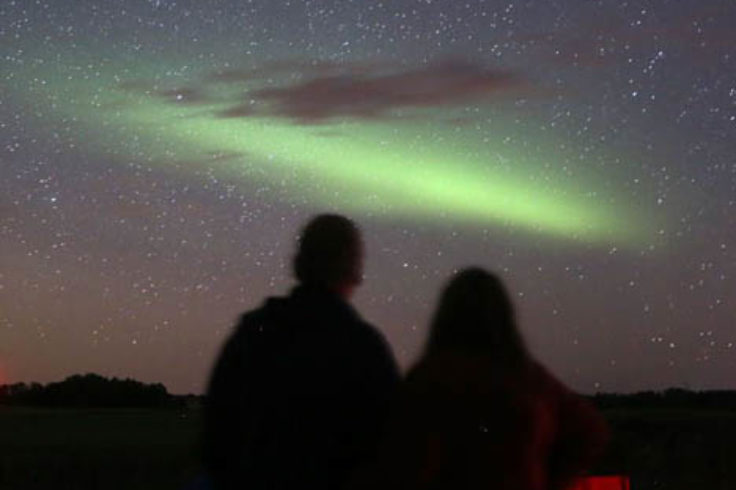 Frightful Nights Under the Stars