A magical place on the moon! 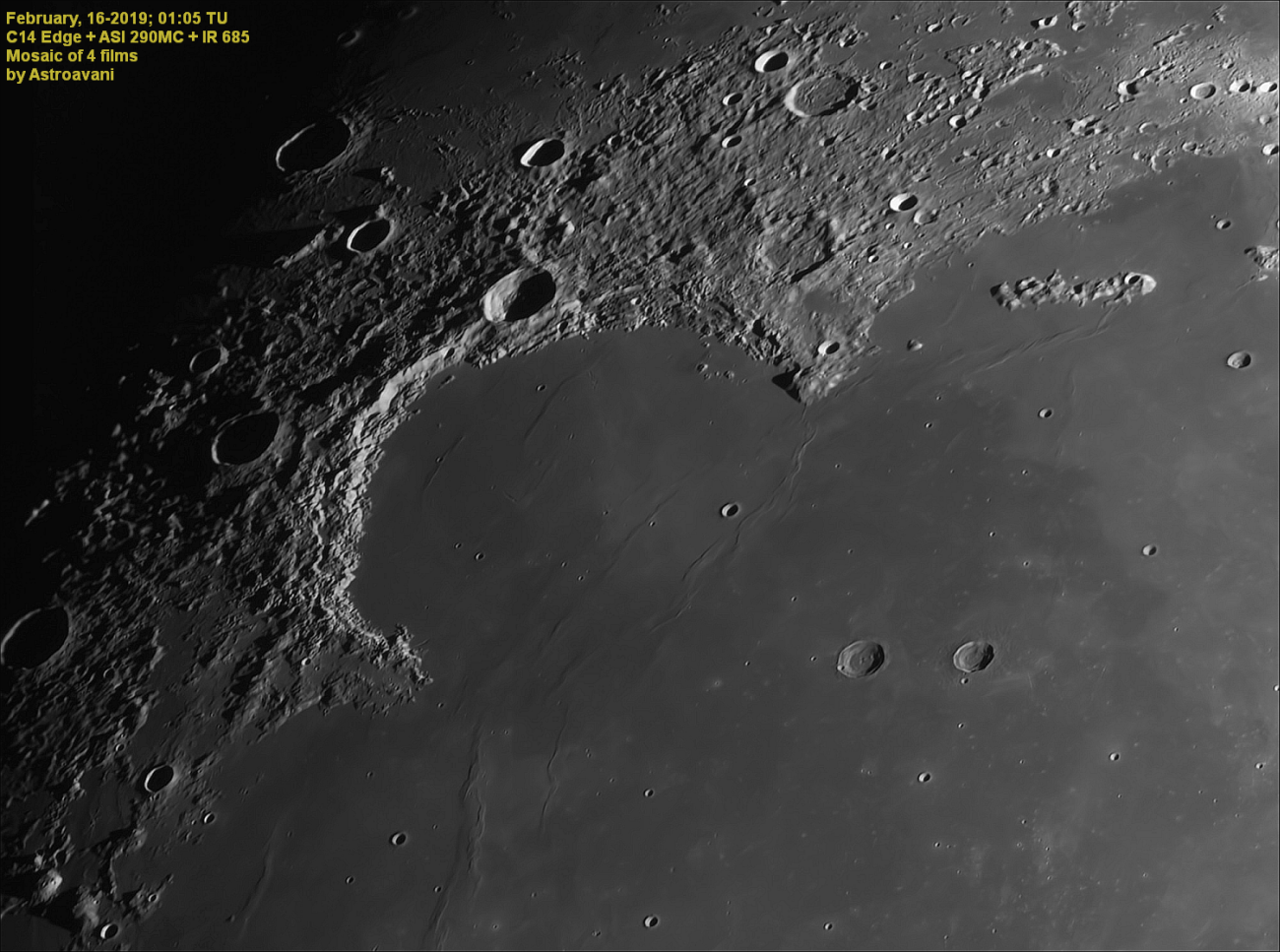 Sinus Iridum is an impact crater filled with lava that lies northwest of Mare Imbrium. It is far from any landing site of the Apollo missions, the nearest (Apollo 15) is over 1000 km away. Scientists would like to take a look at basaltic chemistry to see how much they differ from the basalt samples collected at the Apollo 15 mission. Wrinkled ridges cross the bed, and in some places there are families of rocks stacked on the ridges of these crests. Where are these rocks coming from? From the mountain range? Many small irregularly shaped craters punctuate Sinus Iridum, how were they formed? Over the past four decades, the Moon has suffered an almost total abandonment, fortunately, in recent years, the Chinese are committed to taking this delay. Many unanswered questions, which perhaps the Yutu rover (Jade Rabit), who landed on Sinus Iridum may come to answer. This impact basin, approximately 100 km in diameter, was filled by at least 4 basaltic spills. On its "banks" there is a semicircular ring of dramatic mountains called the Jura Mountains, with the Heraclides Promontory at its far west and the Laplace Promontory at its eastern end, these promontories, which can be seen with perfection in this picture. From a closer look at the exact point on which the plains meet, look closely at the promontory of Laplace and its intriguing geology. Imagine yourself at the top at an altitude of 2600 meters observing the plain around you! Did you feel a chill?