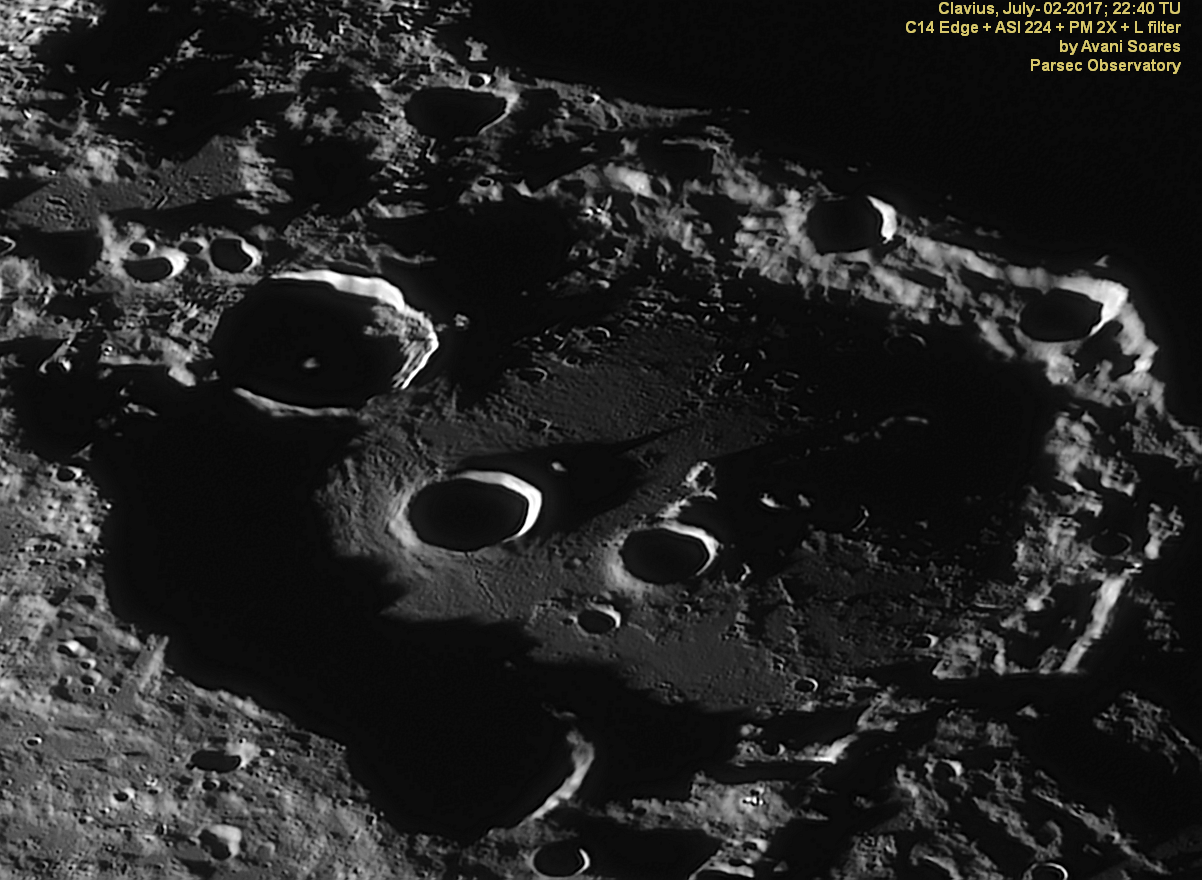 I know some colleagues may find this kind of picture a little dark, but I still choose not to light it. I love the intricate details revealed on the floor and walls of this crater as the sun is so low on the lunar horizon. The appearance of darkness, of the image, a threatening sensation that must be valued. Clavius ​​is the third largest crater on the visible side of the Moon and also one of the oldest lunar craters. Clavius ​​measures about 225 km (140 miles) in diameter and was formed by an asteroid whose impact occurred about 4 billion years ago. Although well preserved, Clavius ​​shows its age by many smaller craters within it formed by impacts that occurred later. Clavius ​​is large enough to be seen with the naked eye and if by chance you were on your floor near the center you would see only a plain because its walls would be below the horizon due to the curvature of the Moon. There are few lunar observers who have not devoted more or less attention to this beautiful formation, one of the most striking objects to be seen at the telescope. However familiar with its features though, there is always something new to watch and admire as we examine the seemingly inexhaustible details due to the different angles of solar lighting. Almost three decades ago, the Clavius ​​crater exploded into public consciousness as the site of a lunar colony in the 2001 film A Space Odyssey. For astronomers, it stands out in a heap of other craters in an area of ​​the Moon known as the "Southern Highlands." The crater floor is slightly higher in the center than at the ends. So, if you catch the moon in the right phase with the Sun illuminating Clavius ​​very smoothly, you will see the ground illuminated with a shadow ring at the base of the east and west walls that can be seen in this photo. This effect is accentuated by the high latitude of Clavius ​​near the southern limb. I hope the next time you look at the moon, if the lighting conditions are favorable, do not forget to do this exercise to look for smaller and smaller craters on the floor of the lunar base, and if you happen to see a black monolith like that found in Tycho do not forget to let me know!