A Trio of Interacting Galaxies in Pegasus 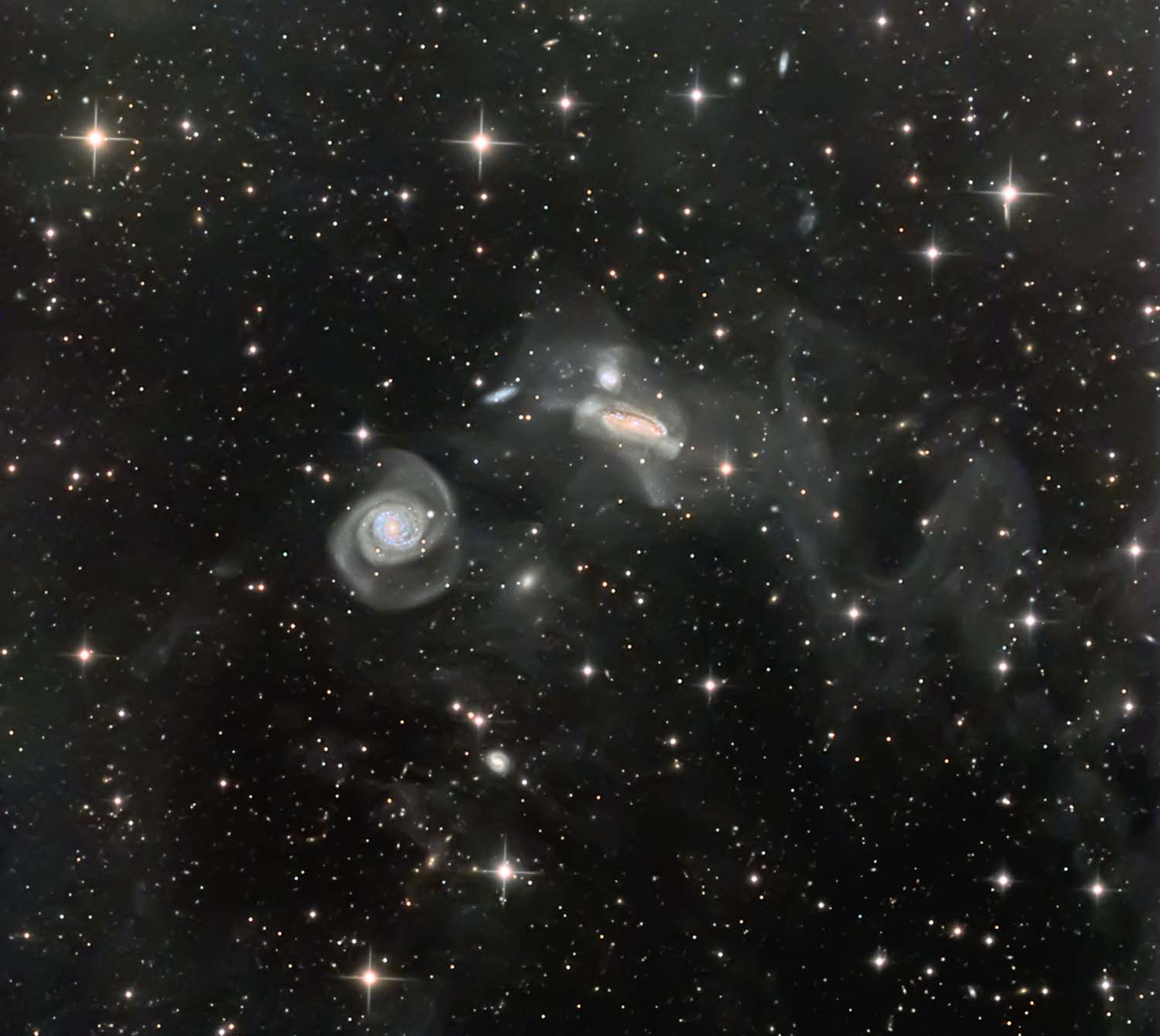 It was mostly cloudy during this October dark cycle. The first 2 nights were clear, dark and steady. During these two evenings I was able to capture over 10 hours of luminance with 2" average FWHM. Little did I know that it would take another 8 days to capture just over an hour of R and B and two hours of green. Overall I'm very happy I could capture at least one object during this unusually overcast month. (-: "This galaxy system NGC 7769/70/71 is also known as CPG 592 from Karachentsev's catalog of galaxy pairs. This trio of 12-14th-magnitude galaxies lies within the Great Square of Pegasus, about 200 million light-years away. NGC 7771 shows a tidal feature strongly inclined to its disk and aligned with the compact companion NGC 7770, which may represent stars stripped from the smaller galaxy. NGC 7770 shows star-forming clumps in its inner disk, in contrast to the sharp, compact nucleus of NGC 7769."