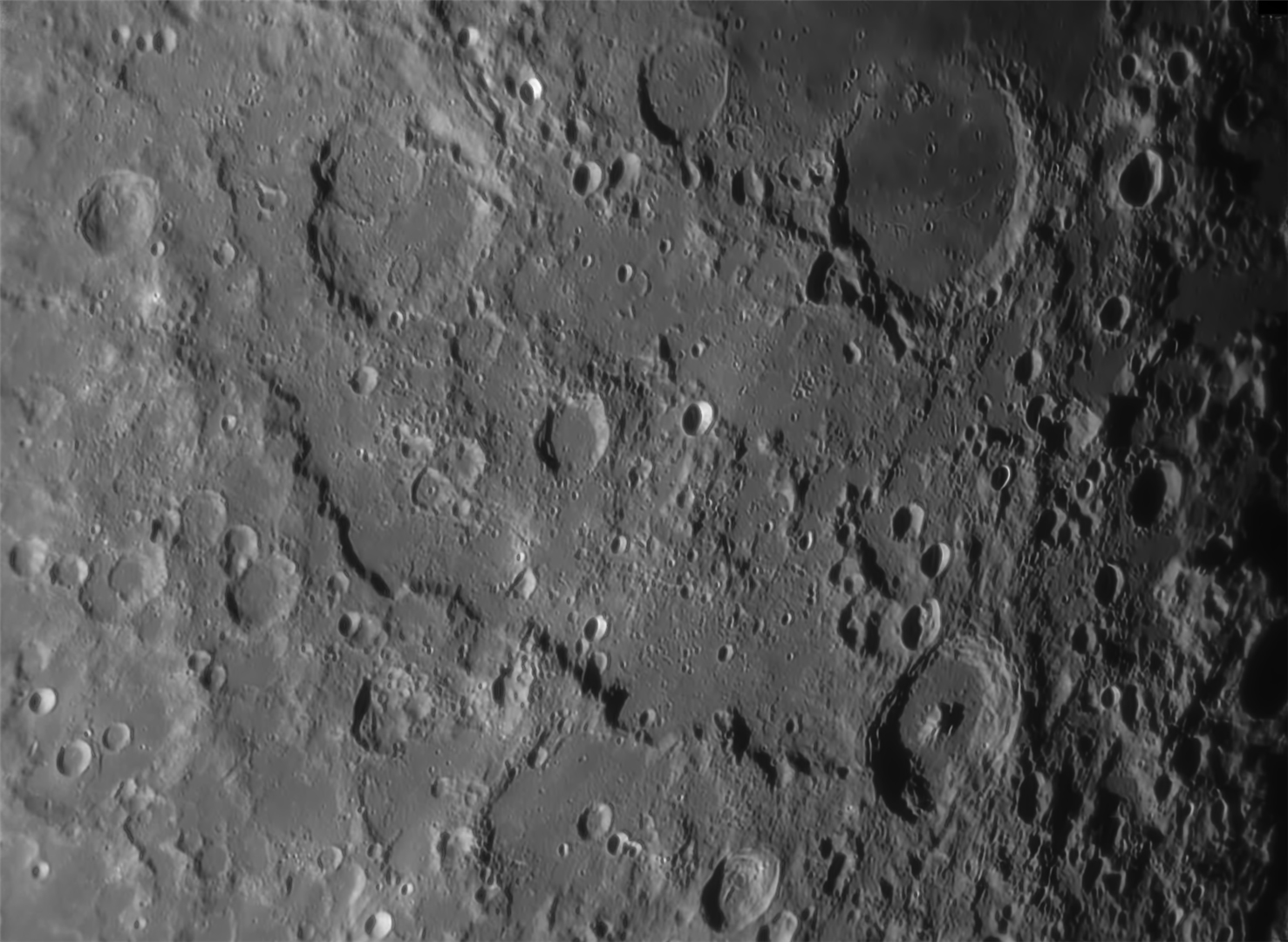 Running in a broad curve from upper left to lower right is the Altai Scarp, Rupes Altai (480 km long). It is a spectacular example of how shock waves from a major impact can compress the surrounding terrain into a series of outwardly expanding rings, from when Mare Nectaris (upper right) formed 3.9 billion years ago. Rupes Altai starts near top left at Catharina (101 km), and ends near Piccolomini (88 km), with craters of all sizes in between them.