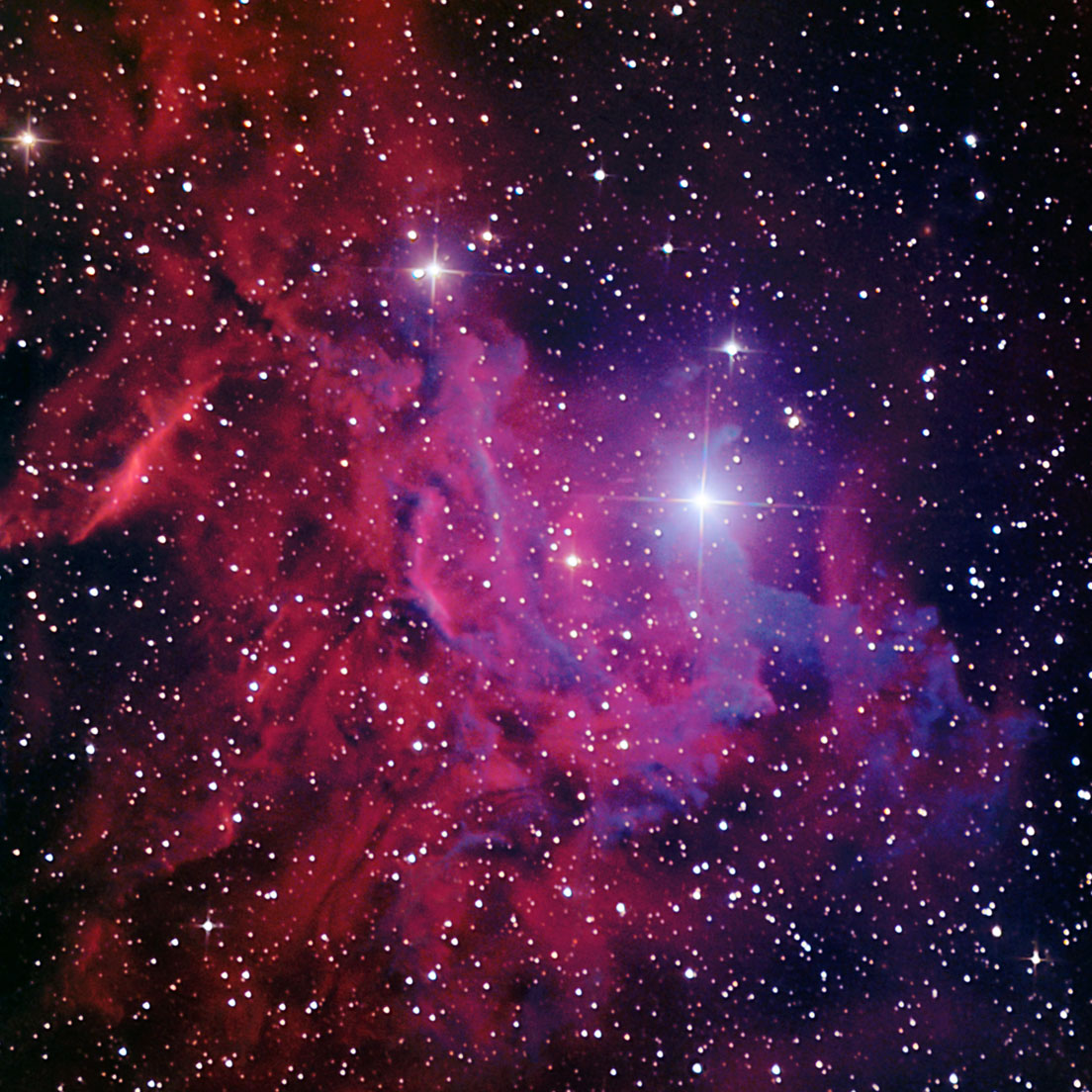 The Flaming Star Nebula (IC 405) in Auriga glows primarily in the light of atomic hydrogen excited by the radiation and shocks produced by the massive blue dwarf star AE Aur as it rapidly moves through the interstellar cloud of gas and dust comprising the nebula. Lying more than 1700 light years from Earth, the wispy blue emission curling away from this 23 solar mass star resembles smoke, giving rise to the sensation that it is “on fire.” In spite of appearances, AE Aur is a “runaway star” that did not form in its current location; it was ejected from near where the Trapezium Cluster now appears in Orion’s sword during a collision between two binary star systems nearly two million years ago. The raw data used to prepare this picture were collected as unguided 1-min sub-exposures, which were integrated using CCDStack (CCDWare) to produce mean grey-scale images of 1.3, 1.1, 1.1, 1.8 and 2.9-hrs duration in the LRGB and H-alpha bands, respectively. The final image was produced using Photoshop (Adobe) by initially blending the mean H-alpha image with both the mean Luminance and Red images to enhance their detail, high-pass filtering those results to enhance their contrast, and combining them with the mean G and B images. Subsequently, the image was cropped, the color-balance among the channels was adjusted, the background noise-level was reduced, and the stellar profile shapes were corrected to reduce distortions introduced by the lack of guiding.