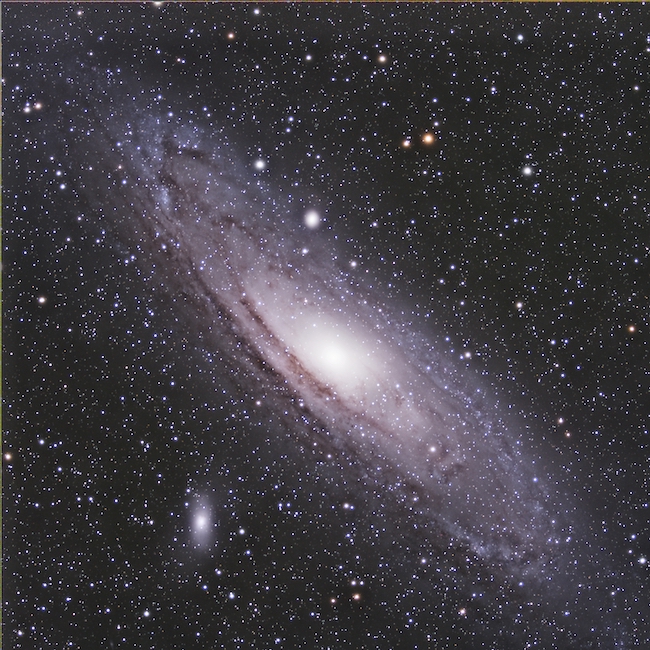 The Andromeda Galaxy, also known as Messier 31, is a barred spiral galaxy approximately 2.5 million light-years from Earth and the nearest large galaxy to the Milky Way. The galaxy's name stems from the area of Earth's sky in which it appears, the constellation of Andromeda, which itself is named after the Ethiopian (or Phoenician) princess who was the wife of Perseus in Greek mythology. The mass of the Andromeda Galaxy is of the same order of magnitude as that of the Milky Way, at 1 trillion solar masses (2.0×1042 kilograms). The number of stars contained in the Andromeda Galaxy is estimated at one trillion, or roughly twice the number estimated for the Milky Way. The Milky Way and Andromeda galaxies are expected to collide in around 4-5 billion years, merging to form a giant elliptical galaxy. This image was from the first of 3 clear moonless, dark sky nights last weekend in Borrego Springs, for the annual NightFall Star Party.