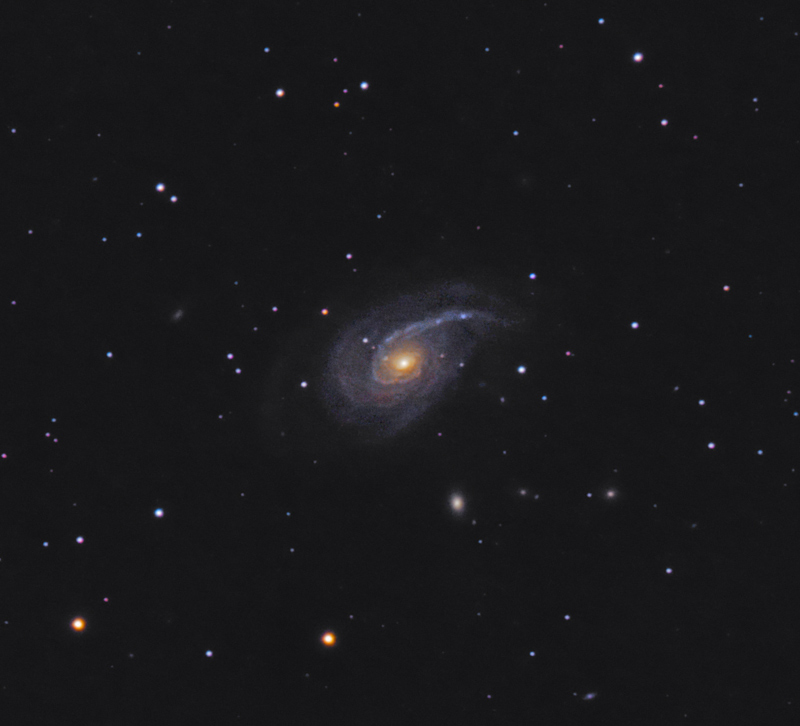 Arp 78 ( NGC 772) in Aries, is a giant spiral galaxy approximately 130 million light years distant measuring 250,000 light years across. The galaxy below it in this image is E3 elliptical dwarf NGC 770 - a satellite of NGC 772 - that interacts gravitationally with it's companion causing deformation of one of the larger galaxy's arms. In 2003, two supernovae were seen in NGC 772 within three weeks of one another.