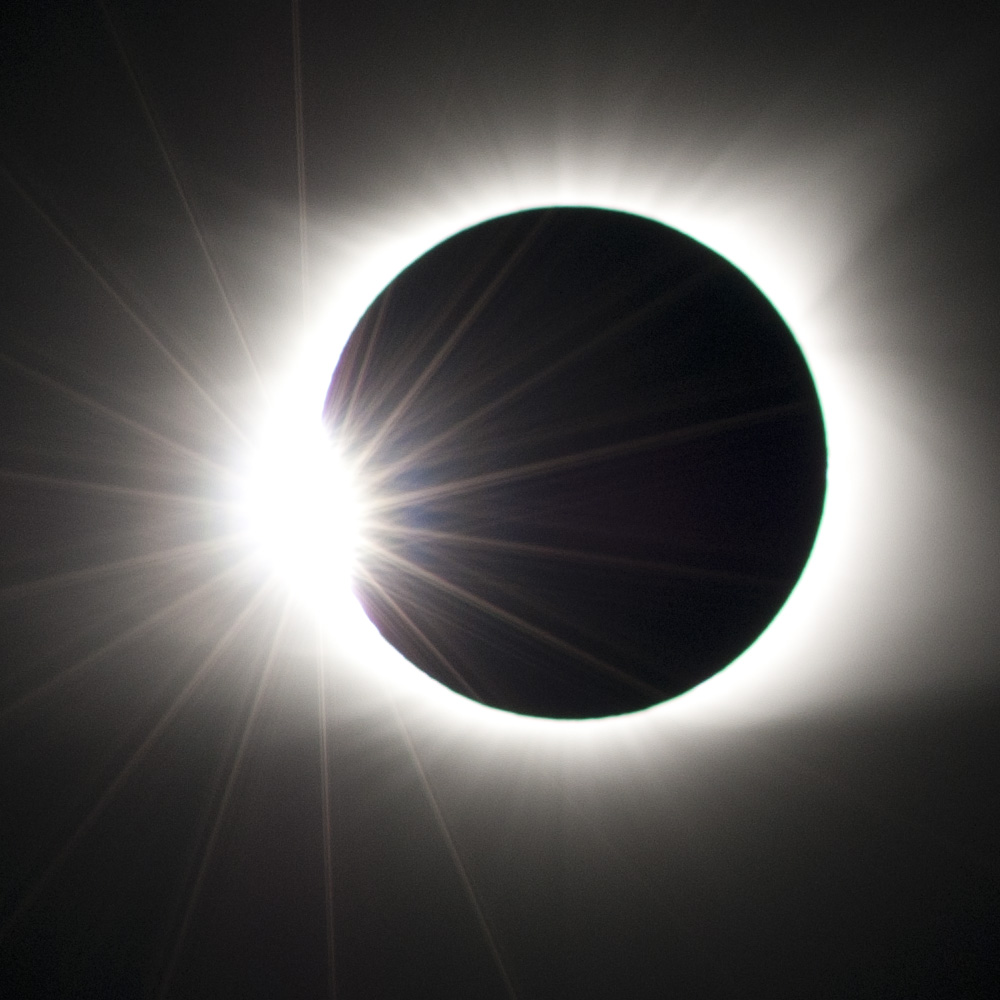 Yes, that definitely was Regulus, which was at 4½ solar radii from my location in central WY.

Yours is the first report I've seen of a Diamond Ring Effect at 2nd contact. At least between where I was and central Nebraska (maybe more) it was only seen at 3rd contact, but it was a spectacular end to totality. Everyone oohed and aaawed.

I'm not sure, but I think diamond rings at both ends of totality have to be pretty rare, requiring the moon's libration tilt to be just right.