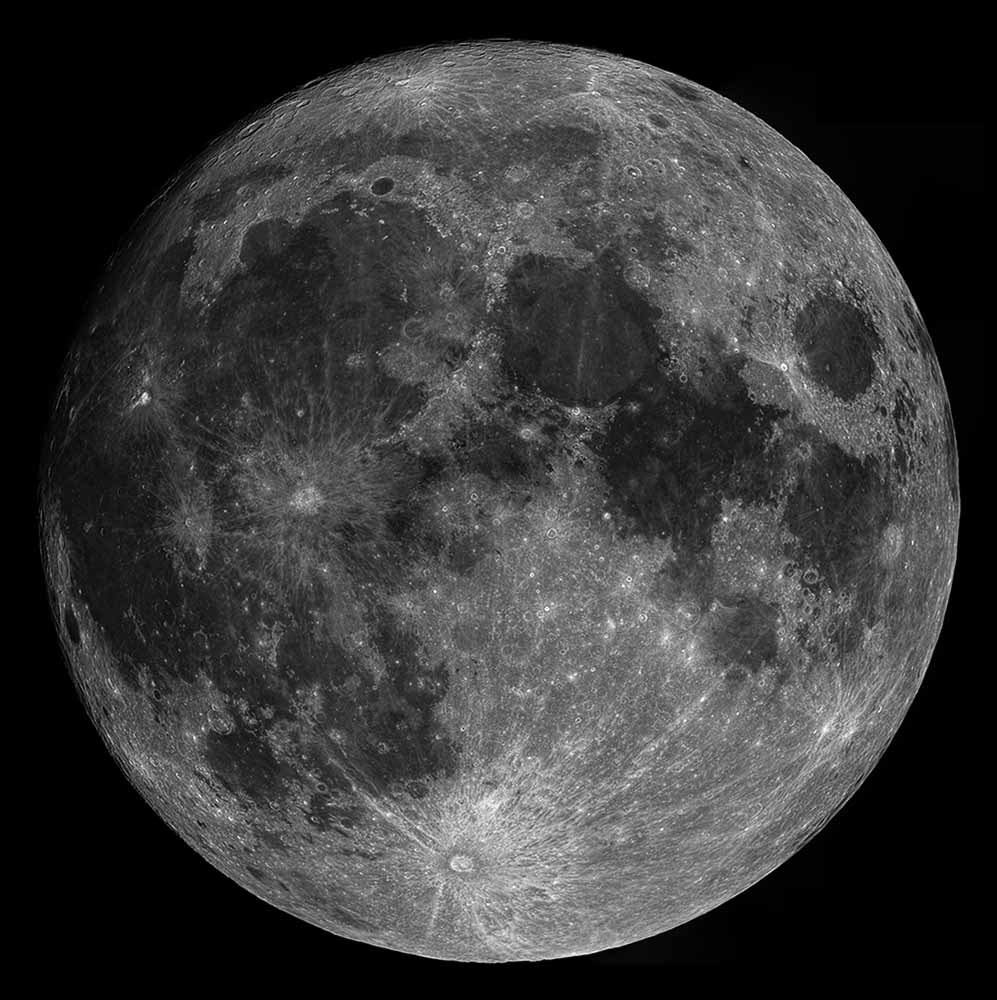 Today the Moon is in Full phase, and tonight I went out against almost the freezing temperatures of Central Italy and I took 30 images that this morning were assembled in this fulldisk mosaic. The seeing was not so good, but the final result is quite interesting nonetheless. The first thing that we can notice is the extensive NE libration, that allows us to see the Mare Humboldtianum, the Mare Marginis and the Smythii: lunar seas that are usually hidden by our view by the same libration that sometimes allows us to observe them. There is also a little portion of the Mare Australe in the SE portion. We can also notice the real aspect of the Mare Crisium, elongated along the longitudes rather than along the latitudes, as it normally appears. The other lunar Maria don't really need an introduction: the big Mare Imbrium, the known Mare Tranquillitatis, and the enormous Oceanus Procellarum are all in this image (you can find a labeled version in the first comment). And we can see also the extensive rays systems of a lot of Copernican craters: Tycho, Anaxagoras, Copernicus itself, Kepler, Thales, just to name a few.