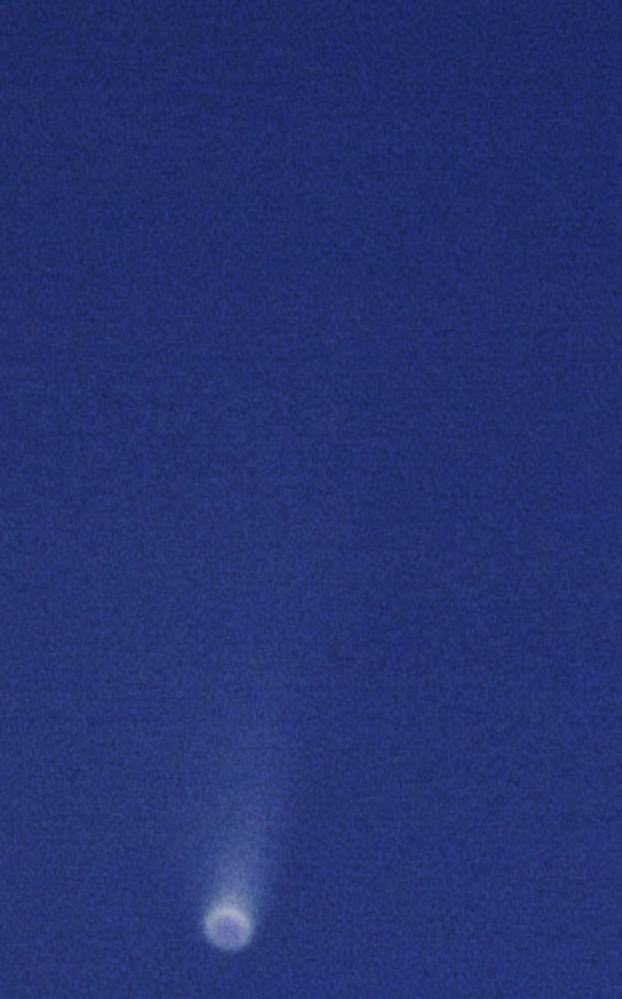 These photographs of the Comet C/2011 L4 Panstarrs were made in Sofia city, Bulgaria with an Aspherical Tamron 28-200mm Lens with crop factor x 2, producing effective focal length of 400 mm at f/11, a Olympus E-Volt 410 was used for taking of forty seven 1-second exposures at ISO 1600. Frames were cropped to 1/3 of the size of the original frame in both directions for closeup view.

This is a stack of 47 images with 1-second exposures we made on March 20, 2013, between 6:38 and 6:48 pm UT. Forty seven images were stacked, aligned and field rotation corrected in PhotoShop. Final image was tinted in blue. Comet PanSTARRS was just above the horizon when these images were taken from the University Centre for Space Research & Technologies, Department of Physics, Sofia University in downtown Sofia city (over 1 million people population), Bulgaria. Comet was visible to naked eyes. There were some tiny clouds obstructing the observations, especially of the head of the comet, which disappeared in the clouds above the horizon in the end of the observations. Light pollution in the city is high, so there are no any stars visible on the photos.