Meteors and Comets and Asteroids 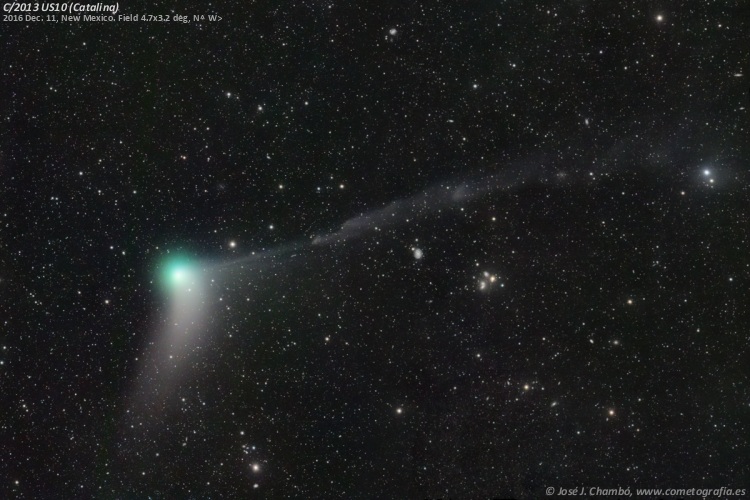 Comet C/2013 US10 (Catalina) imaged on January 11th 2016. Since my last image on December has evolved increasing the size of tail formed by heavy particles that revolve toward southwest (toward down left in the image) once come off from comet nucleus which has surrounded by a gassy coma of intense bluish color. The ionic tail is directed toward west (at right) with more than 5 degrees long and getting out of the image, although is more faint that on past days, is showing several knots and structures. Between all galaxies which can be observed, stands out NGC 5371 in the middle of image.