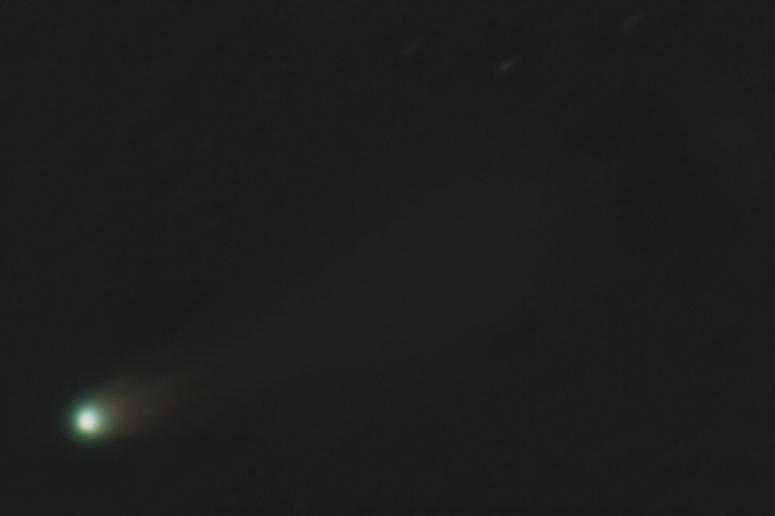 After a month of cloudy skies, it finally cleared in Portland on November 21, giving me my first chance to image comet ISON, but by then it was very close to the Sun, rising well inside the morning twilight. Seeing conditions were very poor and it was very, very low on the horizon, requiring me to shoot through a great deal of turbulent atmosphere. Still the color differences between the teal coma and the reddish dust tail are apparent. The comet was moving very rapidly, with a noticeable change in its position on the camera frame within 15 seconds, as evidenced by the amount of star trailing in this 2.5 minute sequence. Exposures taken just after the ones used for this image were already overwhelmed by the increasing twilight and not useable. The next morning, the comet was so much closer to the Sun that I was unable acquire it.