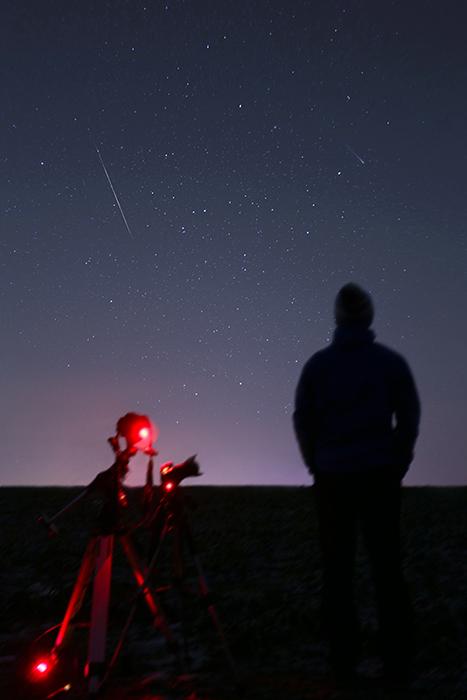 Comet Lovejoy was the second target of my observing night, besides the Geminid meteor shower. After shooting the comet at a longer focal length, I decided I have to try and shoot some meteors in the same frame as the comet. I went for a wider lens (I used the 40mm end of the Canon EF 17-40mm f/4L USM.) and included some land in the image too. I managed to shoot comet Lovejoy and a Geminid meteor in the same frame. The exposure time wasn’t very long because I didn’t want the foreground to blur too much due to tracking the stars. You can see comet Lovejoy in the upper right part of the image, above my silhouette. It’s not an easy task to stand almost still for a minute and a half, believe me. Fog and high clouds blurred parts of the sky.