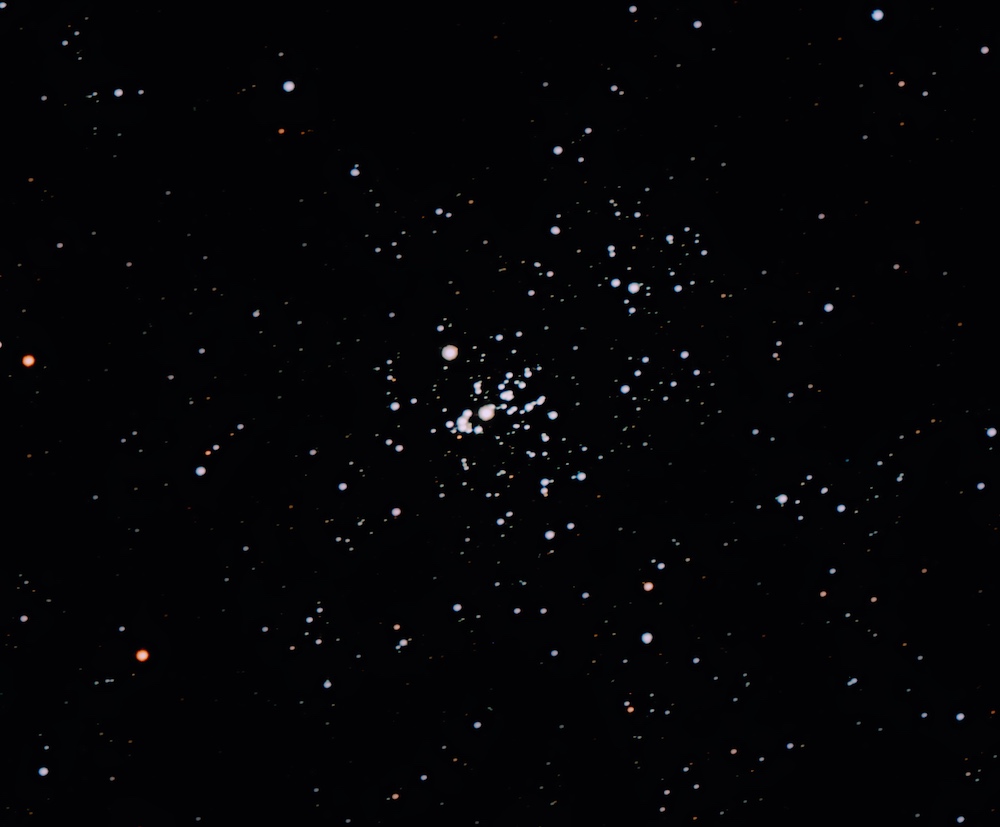 The Double Cluster is a favorite target for astronomers, visible in binoculars or a small telescope, close to Cassiopeia in the northern sky, if sufficiently dark. These two open star clusters are an estimated 7,400 light-years away and each contains 300 to 400 stars. The stars are thought to be approximately three million years old … babies in star time! The Double Cluster was charted by skywatchers as early as 150 B.C. Hipparchus saw it, and Ptolemy named it as one of seven “nebulosities” in the Almagest, an ancient astronomy text used for over a millennium. The true nature of the Double Cluster wasn’t discovered until the invention of the telescope many centuries later. In the early 19th century William Herschel was the first to recognize the object as two separate clusters.