Explosive display of power on the Sun 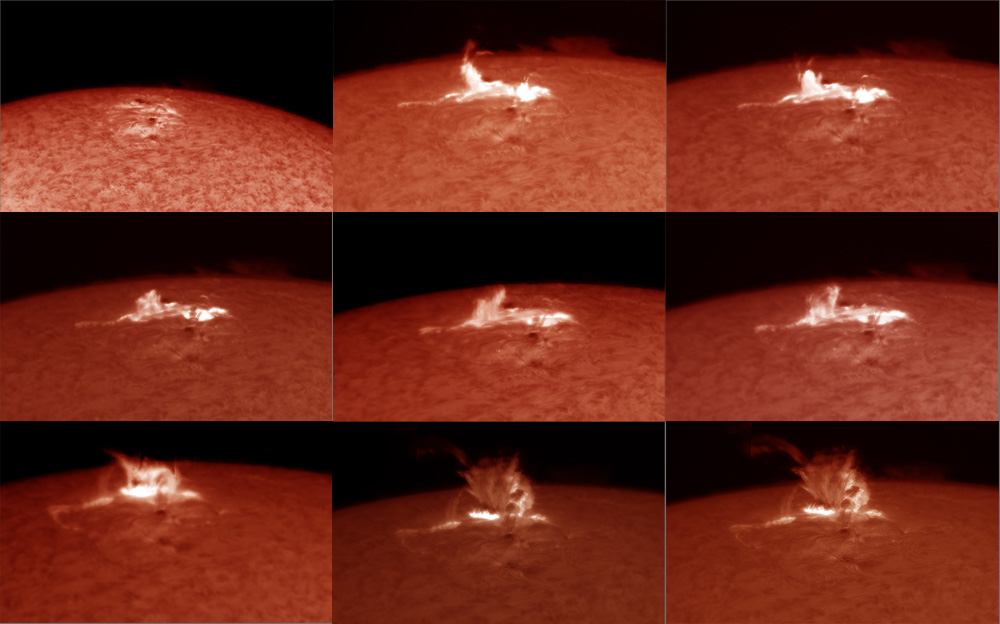 On 11 July AR2565 appeared on the eastern limb. Three days later, on 14 July, AR2567 formed slightly behind AR2565. The f¬irst flare started on 15 July and by 24 July the pair of AR2565 and AR2567 flared no less than 51 times. On 23 July, as the twin active regions begun exiting the western limb, the Sun put up a spectacular display of M-Class fireworks under a very poor seeing condition. This series of shots were taken between 4:15 UTC and 5:32 UTC, after which the sky was covered with clouds. The telescope was a hybrid of a Celestron 150mm OMNI XLT refractor and a Lunt 50mm THa solar telescope. A 5x barlow on a ASI174MM camera formed the other part of the imaging training. Firecapture and Autostakkert freeware were using for video capture and post processing. Photoshop was used for adding the pseudo colours.